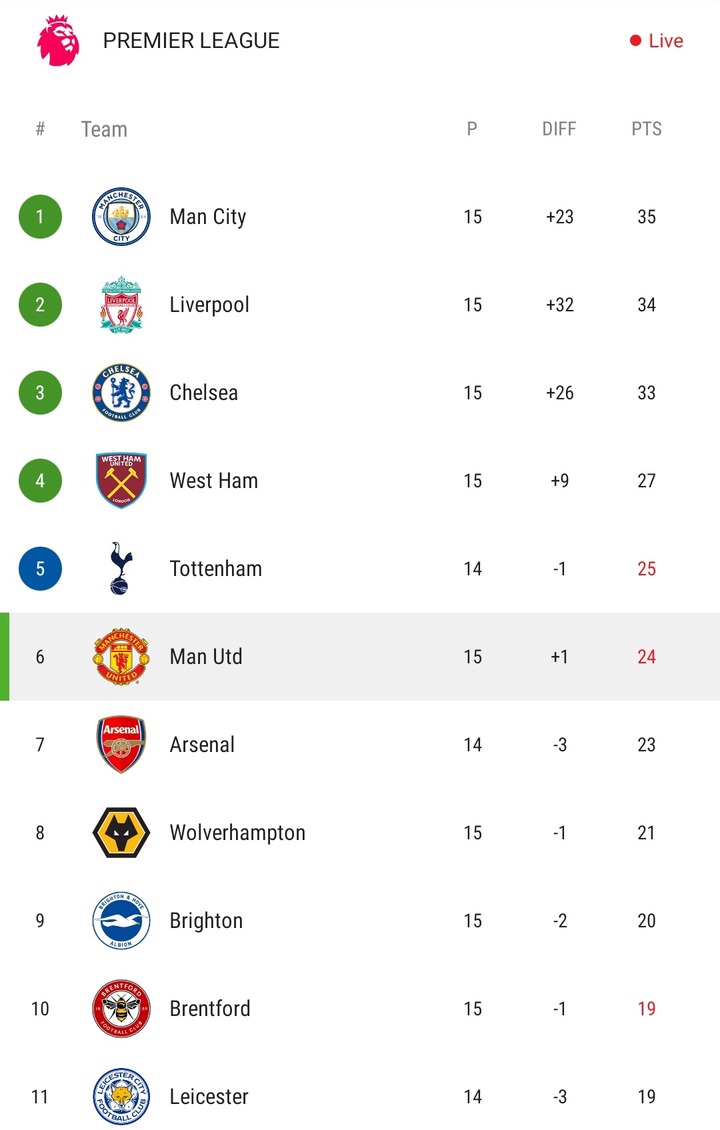 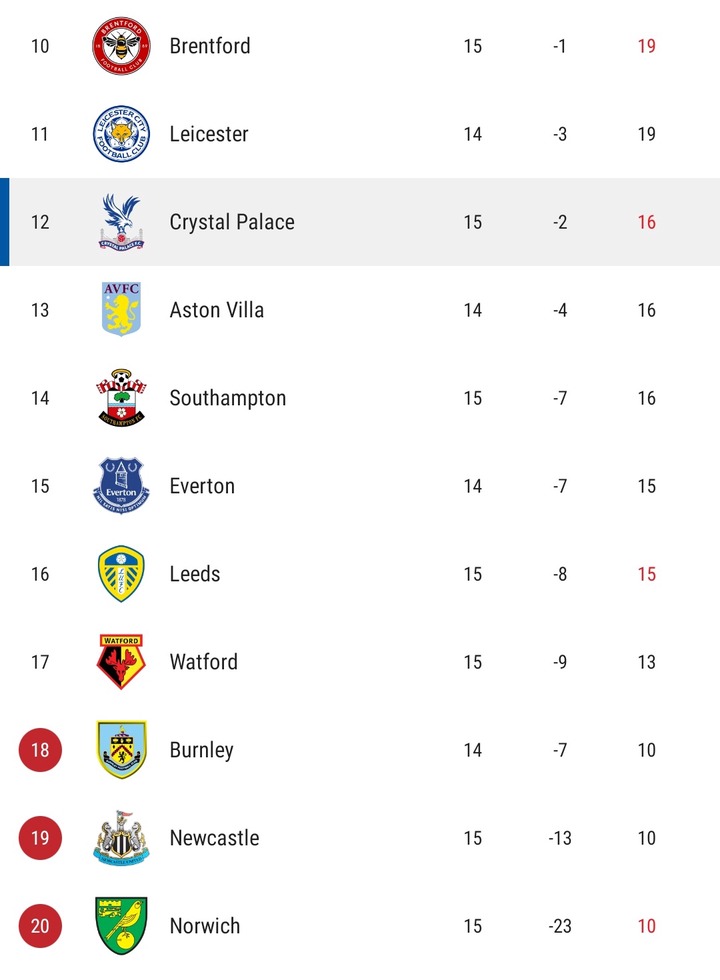 Tottenham Hotspur on the other hand won their big game against Norwich City, goals by Lucas Moura, Davinson Sanchez and Hueng Min Son gave Tottenham the lead with all the three points adding up to Tottenham's incredible run under new manager Antonio Conte. Tottenham are currently fifth in the Premier League despite having a game at hand against Burnley. On the other hand Brentford drew against Leeds United with Brentford climbing to eleventh position in the Premier League table. Meanwhile Manchester City, Liverpool and Chelsea lead the table in position one, two and three respectively with WestHam at position four. On the other hand Norwich City, Newcastle United and Burnley are currently fighting relegation despite weekend win by Newcastle United.