Its Hard To Believe He is Just 17. The Wonderkid Who Troubled Pogba And The Entire France Team Spain qualified to the Nations League final after thrushing the Italians in a 2-1 victory. The Spaniards took a early lead through Ferran Torres before the Italians equalised late in the first half, taking both teams to the break leveled. On the other hand France came from behind and scored thrice sending the Belgians home in a 3-2 win.

The Spanish squad which took on france, appeared to be well blended with many youngsters including, 21 year old Ferran Torres, 24 year old Unai Simon, 20 year old Eric Garcia and the 17 year old Gavi. 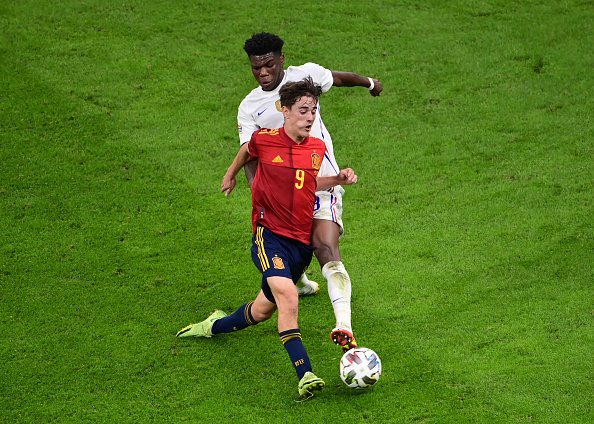 Despite the spirited fight from the entire team, the Barcelona midfielder; Gavi deserved a standing ovation. The 17 year old spanish lad was good at holding the play and infact he mad several tackles winning the ball fast to the team. Infact Paul Pogba had to change to the other wing because he was under pressure.

Despite playing for only 75 minutes after making his second appearance for the senior national team, the 17 year wonderkid had 87% pass accuracy, 40 touches with the ball and 31 passes. Indeed, its hard to believe that he is just 17. 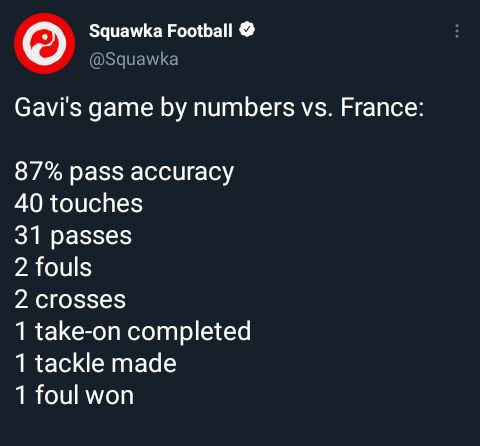