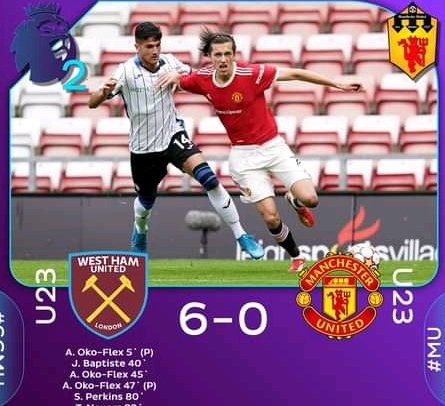 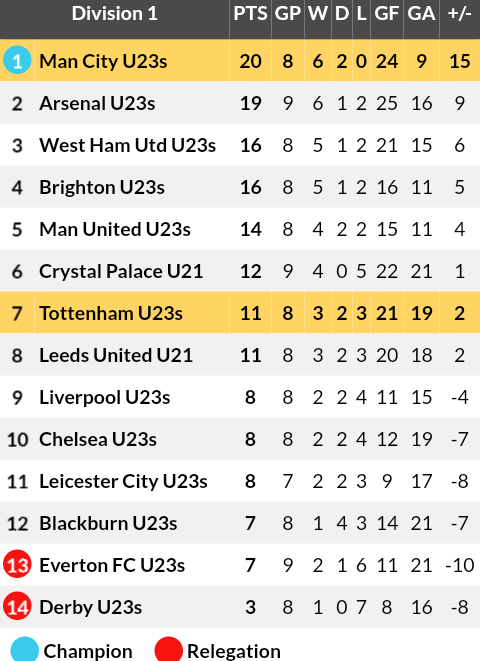 Man City U23's were humbled 3-1 at home by Tottenham Hotspurs U23's to drop 3 vital points in the EPL 2 title race. Man City U23s opened the scoring through Bobb in the 12th minute while Tottenham first half goals were scored by White and Markanday who later scored the 3rd goal in the second half. After the 3-1 defeat, Man City U23's moved to position 1 with 20 points while Tottenham Hotspurs U23s' climbed up to position 5 with 14 points. Arsenal U23's thrashed Everton U23's 4-0 at home to climb up to position 3 with 19 points while the young Toffees dropped to position 13 in the EPL 2 Table with 7 points. 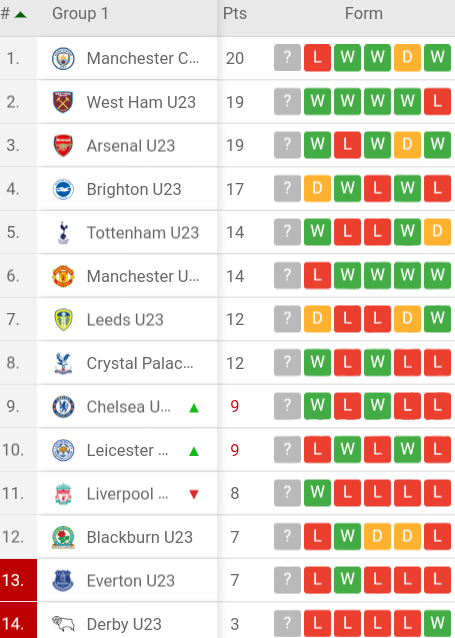 The Only Unbeaten Club in the English League

Chelsea Centre-back Set To Join Serie A Club Next Year