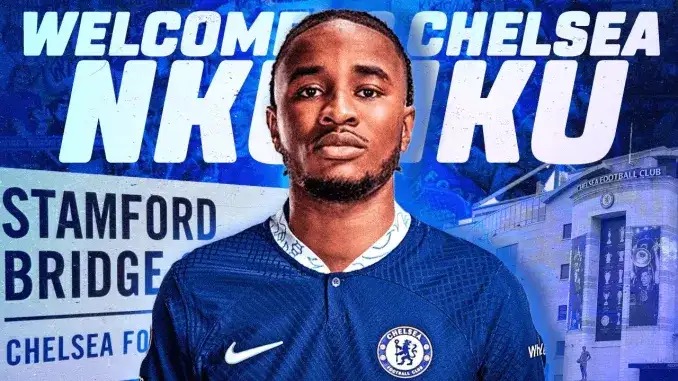 Chelsea have reportedly agreed with RB Leipzig to sign striker Christopher Nkunku for a fee of 52million pounds.

The 25-year-old has been the focus of a number of European clubs seeking his signature after scoring 34 goals and providing 20 assists in 52 appearances for the club.

Nkunku has been heavily linked with a move to Manchester United or Arsenal, but has opted to stay at Leipzig and penned a new deal that will keep him at the club until the summer of 2026.

However, it was reported at the end of September that the France international had already undergone a medical at Chelsea ahead of his move to Stamford Bridge in 2023.

Nkunku is also said to have signed a preliminary agreement with Graham Potter's club, despite late attempts by Paris Saint-Germain and Real Madrid to sign him.

According to journalist Fabrizio Romano, a full agreement has been reached between Chelsea and Leipzig for the star to join the West London club.