After Man United Lost 2-1 and Chelsea Won 1-0, See How The Champions League Tables Look Like

By Alioski (self meida writer) | 5 days 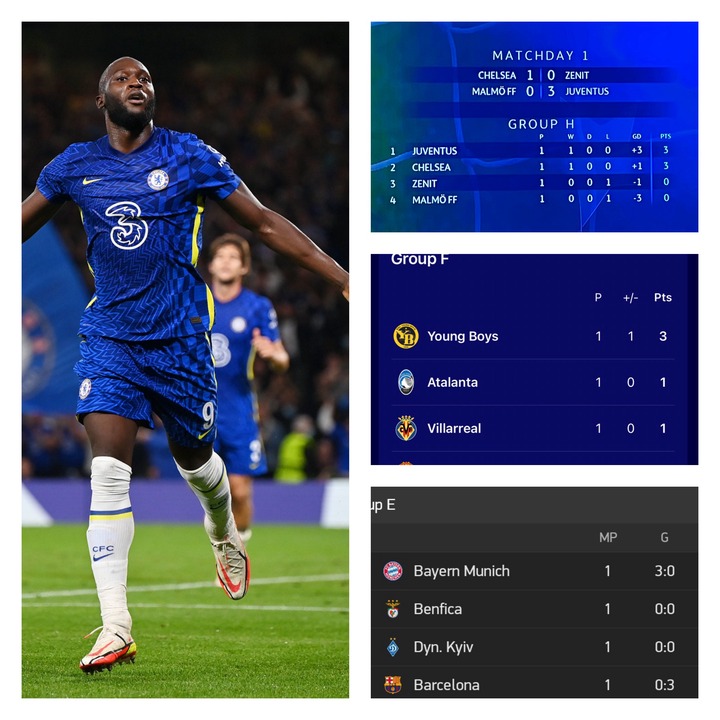 The opening day of the 2021/2022 UEFA Champions League season produced some surprising results. Perhaps the most shocking of them all was Manchester United's 2-1 defeat to Young Boys.

The Red Devils took an early lead in the thirteenth minute when Cristiano Ronaldo slotted home his third goal in two matches for Manchester United this season. However, things went from good to worse for Ole Gunnar's men who were reduced to ten men with barely half an hour played.

After Aaron Wan-Bissaka's sending off, United were second best for most parts of the game eventually losing out 2-1 to the Swiss giants. That defeat means the Red Devils are bottom of their group which also includes Atalanta and Villarreal.

Another English side in action on Tuesday night was defending champions Chelsea. The Blues had to work hard for their 1-0 win over Zenit St Petersburg at Stamford Bridge. Thomas Tuchel's men are second in group H courtesy of goal difference. Juventus lead the group after hammering Malmö 3-0 in Sweden. 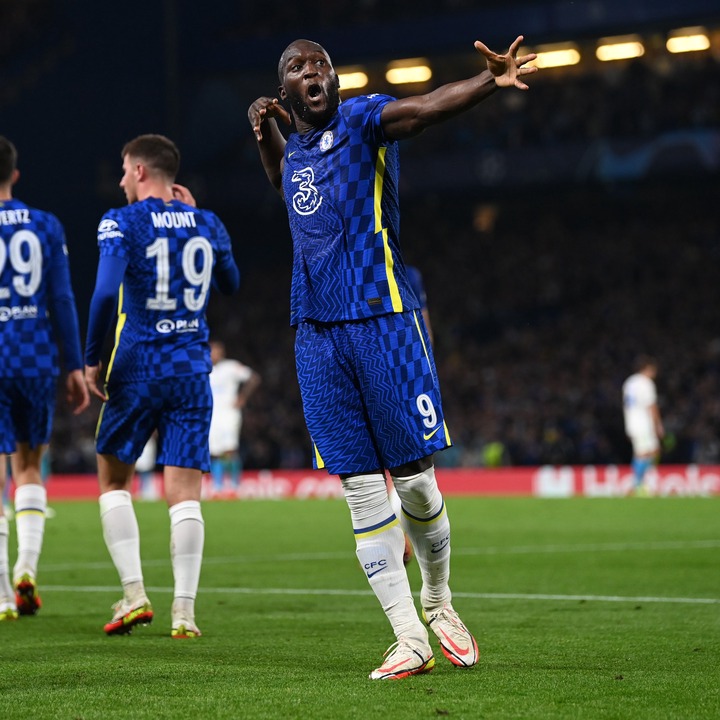 Barcelona versus Bayern Munich was also one of the entertaining clashes on Tuesday night. A Robert Lewandoski brace and Thomas Muller's forty ninth goal in the competition condemned Barca to a 3-0 defeat.

Here are the results of matchday 1 for groups E to H: 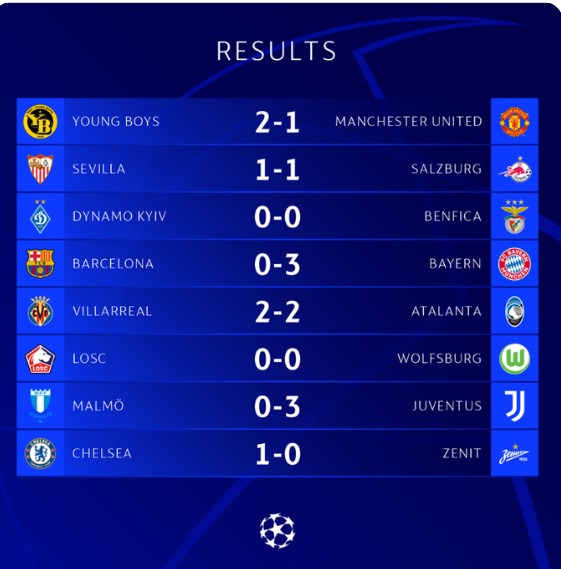 The group standings after Tuesday's matches are as provided below. 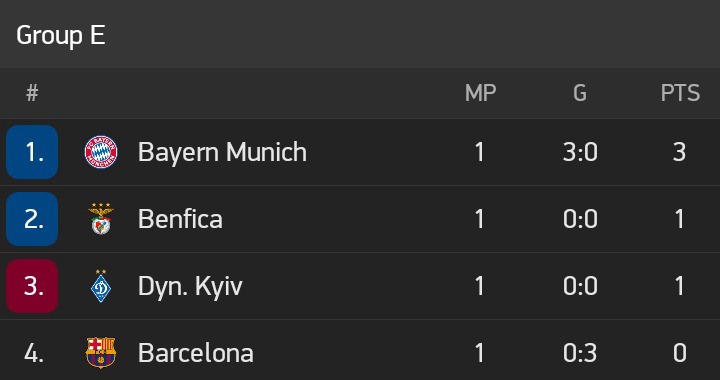 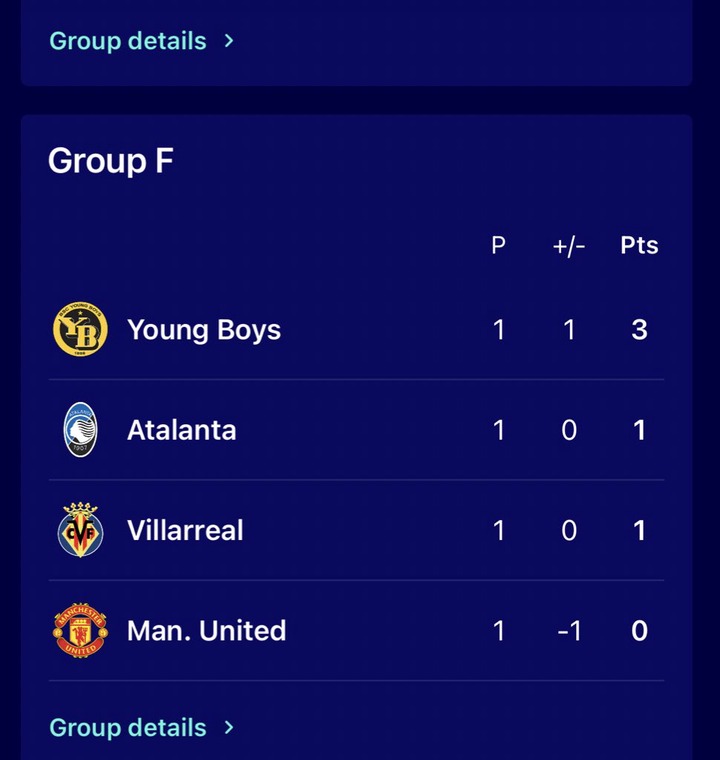 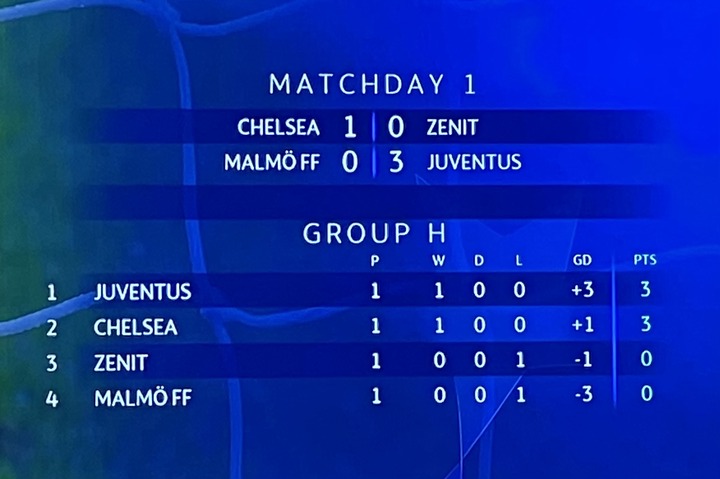