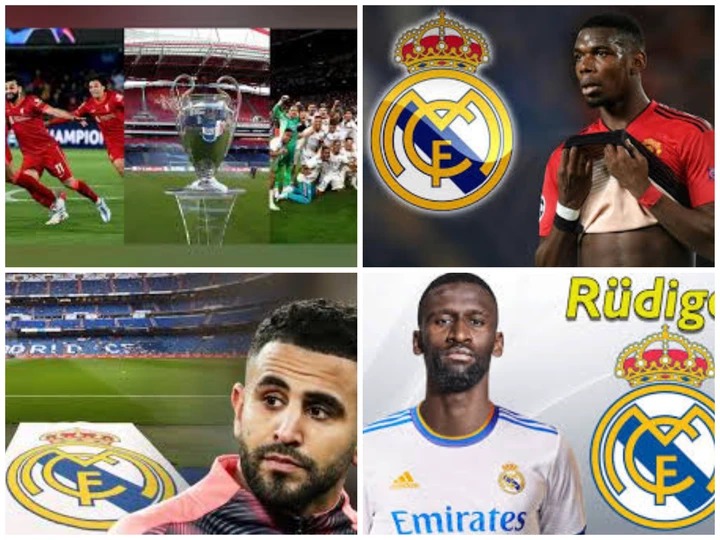 Reports indicate that Real Madrid will aim to bolster their squad during the summer transfer window after being unable to bring Kylian Mbappe to the Estadio Santiago Bernabeu. This comes after Real Madrid was unable to sign Mbappe. Real Madrid is getting ready to defend its La Liga Santander championship, and as part of that preparation, they are planning to strengthen their roster across the board.

Real Madrid is getting ready to play Liverpool in the last round of the UEFA Champions League competition in 2021/2022. Their run to the championship game has been nothing short of a miracle, but European powerhouses like Chelsea, Paris Saint-Germain, and Manchester City have all found ways to exploit the team's vulnerabilities along the way.

Real Madrid might address their positional concerns in front of the 2022-2023 season by acquiring one or more of the players on the following list during the summer transfer window after their participation in the current season of the UEFA Champions League.

The midfield position for Real Madrid is one of the most essential parts of the squad. Because the rhythm of the squad is determined by the midfield, Real Madrid has invested millions of dollars over the years to bolster this position. Real Madrid competes in important events around the world.

Reports indicate that Paul Pogba will not exercise his option to prolong his current deal with Manchester United. As a result, the French star player will be free to sign with any club during the summer transfer window. This presents an opportunity for Real Madrid to sign the World Cup champion without paying a transfer fee.

There have been many reports that have suggested that Paul Pogba might be moving to Real Madrid. Toni Kroos has not been living up to the reputation he once had, and Paul Pogba will be an excellent choice to replace him in the starting lineup.

Reports indicate that Real Madrid have struck an agreement with Chelsea to bring in Antonio Rudiger as a free agent during the summer transfer window in order to strengthen the club's defensive unit. Rudiger currently plays for Chelsea.

The only change that Real Madrid have made to their defensive line since Sergio Ramos and Raphael Varane left for Paris Saint-Germain and Manchester United, respectively, is that they have converted a natural wingback into a central defender. This is the only change that has been made since those two players left.

One of the least strong positions on Real Madrid's roster is on the team's right flank. As a direct response to the deterioration of Gareth Bale, Real Madrid have shifted their offensive focus to the left flank rather than the right side in recent games. The team has strengthened the left side of the field by acquiring players such as Eden Hazard, Rodrygo Goes, and Vinicius Junior, but they have neglected the right side.

Riyad Mahrez is often regarded as one of the most talented players operating on the right side of the wings. If the board of directors of Real Madrid can convince him to play at the Estadio Santiago Bernabeu, the star player for Manchester City will be an excellent addition to the squad for the 2022/2023 season.

Opinion: Tell us what you think of these guys, and comment below with the names of players you'd want to see Real Madrid sign during the summer transfer season.