Ten hag comment on his signings could be a hint of Antony potentially starting against Arsenal.

By Futstar (self media writer) | 3 months ago 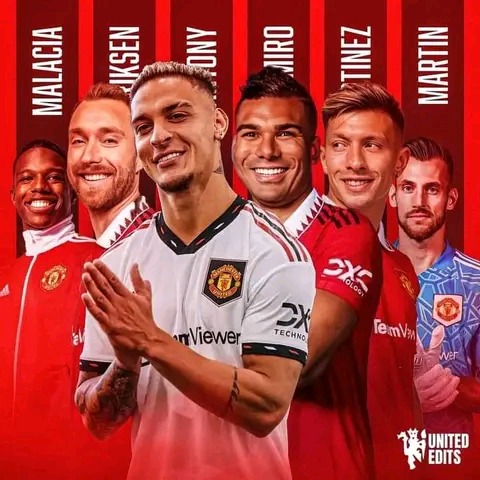 Manchester United are set to face their premier League rivals in a mouth watering premier league encounter on Sunday afternoon at old Trafford.

Both team are currently on good forms having won their previous matches. Arsenal are on form than their rivals as they have won all their first premier League matches. They are the only team with 100% win record since this new season began.

United on the other sides started the campaign on a low note as they lost their first two matches before picking up from their.Ten Hag has made a lot of changes to his first eleven he started with when the season began dropping both Maguire and Shaw for Varane and Malacia respectively.

Ahead of today's premier League encounter against Arsenal, ten hag was able to release his usual press conference where he commented on the signings the club made this season.

United made some statement signings in the form of Lisandro Martinez, Tyrell Malacia, Eriksen, Casemiro, Antony Santos and Martin Dubravka. Ten hag was happy with the kind of signings they made as he praised the players for being experience as most of them have played in various big competition such as champions league and international football.

These players are used playing in high intesity games. This could be a hint of Antony featuring in the today's match as he ticks all the boxes Ten hag spoke about.

Manchester United would be targeting to get their fourth consecutive league win as Arsenal would be trying to protect their unbeaten league record this season. 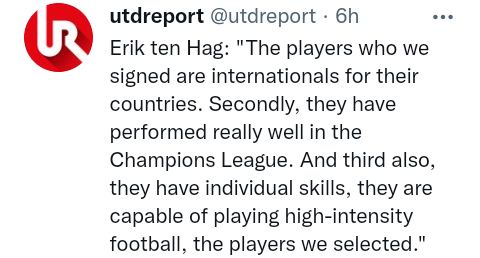