Chelsea, Bayern And United Qualify To The Round Of Sixteen While Barca Is Relegated To Europa League

Chelsea and Manchester United secured their respective places in the UEFA Champions League round of sixteen after both teams tied with thier opponents. Manchester United's second team played with Young Boys at Old trafford but Greenwood's volley was not enough to secure the three points at their own stadium. 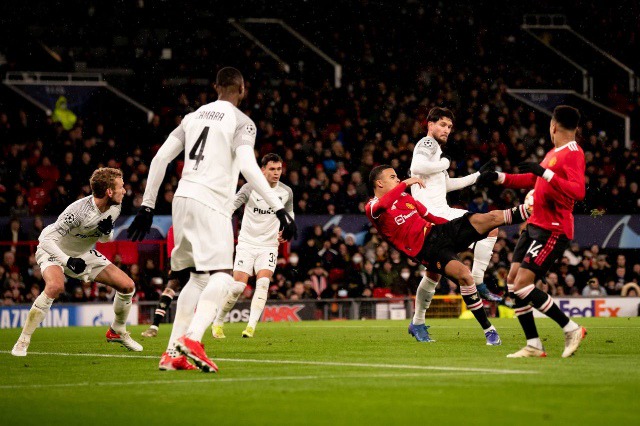 Chelsea visited Zenit who were fighting for a place in Europa League . The home team equalised Chelsea's three goals during injury time. The Blues finished second in their group table after Juventus Turin. The Red Devils took the first place in their group after the draw with Young Boys. However, their group action is not yet done as one of the matches, between Villarreal and Atalanta, was postponed due to Coronavirus issues. 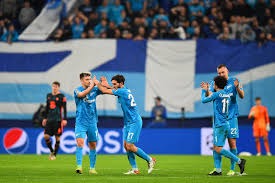 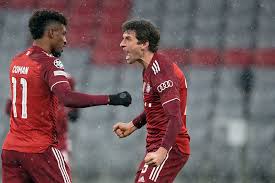 Bayern Munich has always been Barca's nightmare and the Spanish giants hardly escape its wrath. Bayern eased past Barca in a three nil victory as Benfica beat Dynamo Kyiv to secure a place in the round of sixteen, which will take place in February and March.

Here are some of the results. 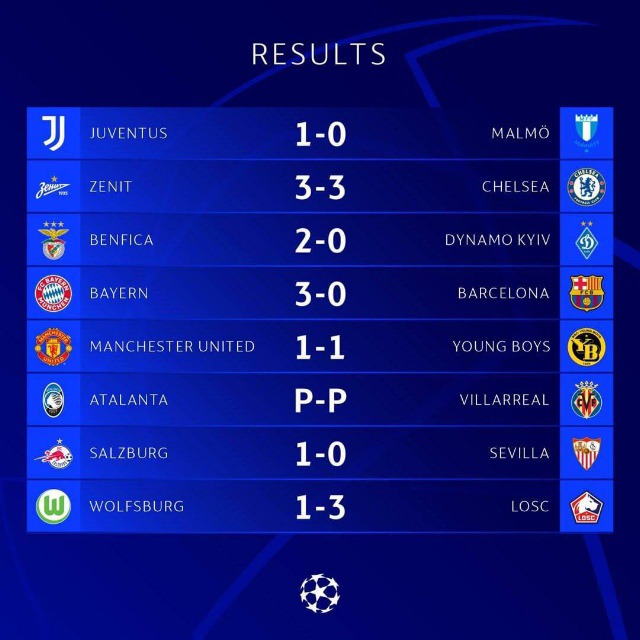