Who's The Best? Latest Stats Analysis Between Jurgen Klopp And Soljkskér In Their First 100 Games

By 5starFutbol (self meida writer) | 26 days

The world of sports news welcomes you. Mind to Share and Follow to get our daily updates on sports news. 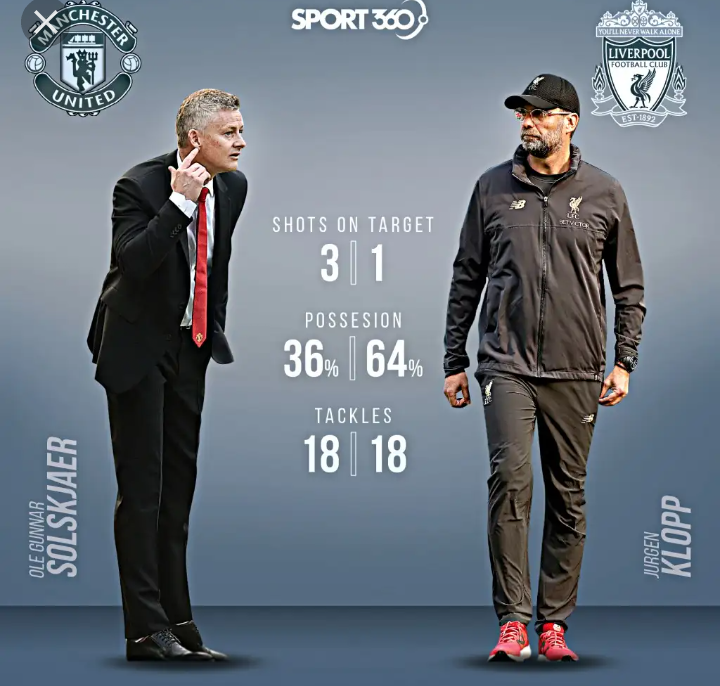 There exists big rivalries between Manchester United and Liverpool in the premier league. Most football fans worldwide are mostly Liverpool or Man united fans. However extending this rivalry to the level of perfomance is a big pleasure to fans of both sides who are determined to know who's the best coach of each of the respective teams.

However,lets have a look at the latest stats from both sides in their first 100 games as managers. 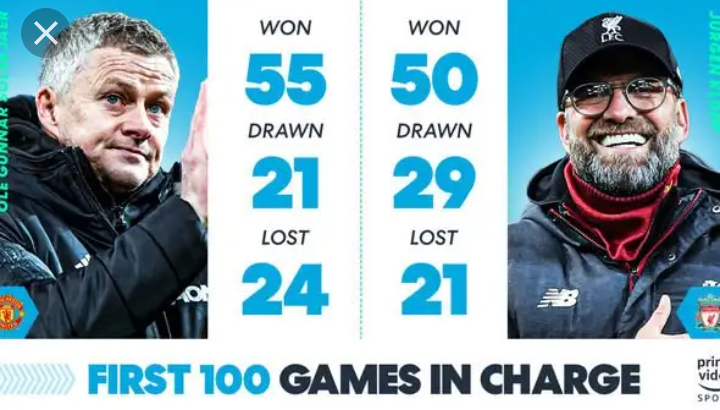 In the first 100 games manchester united under the mighty ole Gunnar Soljkskér has won 55 matches while Liverpool under Jurgen Klopp has won only 50 games,that is five matches less than ole Gunnar.