PSG and Monaco are both still in the Ligue 1 title race but this week they put that a side and focus on the French Cup. The two will be facing each other at Stade de France in the final, for the chance to bag silverware ahead of the grand finale in Ligue 1.

Both are coming in this clash after making victoriesin their previous Ligue 1 competitives over the weekend. Monaco defeated Rennes 2-1 to keep their slim league title hopes alive, and this was their third consecutive win. 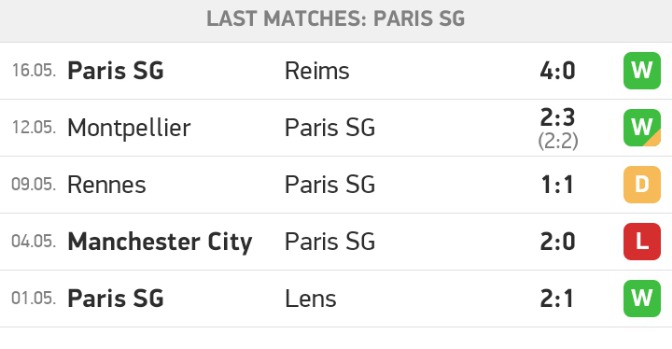 They have been in fine formation of late, and their only loss in the past 13 competitions was in the league against Lyon. Of the two sides, Monaco will be the lesser interested in pushing with their league title ambitions going into the final day of the season.

They are behind Lille just by three points and can only rely on goal difference to secure the league the league title, thus it is more appropriate to focus on this cup than the Ligue 1 trophy. They have faced three Ligue 1 sides in their five matches in the cup and the only goal they conceded was against National 2 side Rumilly Vallieres in the semis. 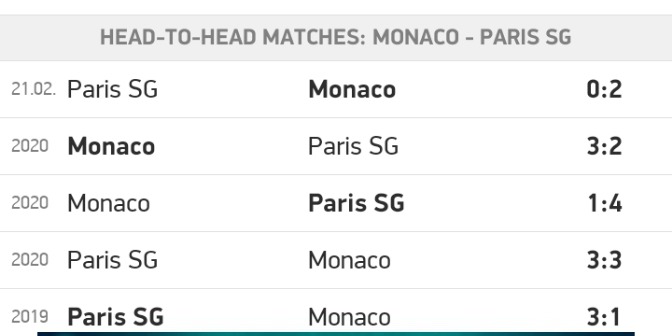 PSG are just from a 4-0 win over Reims, which was a big boost to their league title ambitions after Lille played to a draw over the weekend. They had a tougher route to the final, having to face Lille, Brest and Angers on their way.

In the semis of this cup, they needed post match penalties to see off Montpellier after a 2-2 draw but that was the only time they conceded in this competition. Paris are the defending champions of this competition; they have no loss in their last 11 French Cup matches.

They have realy struggled in the recent times but with their win over Reims offering the first clean sheet in seven consecutive matches across all competitions. In the two meetings with Monaco this season, PSG have lost both and it will be interesting to see how they respond in this game.

Having lost all the head to head meetings in this season,our expert have Predicted that both teams will be scoring hence over 2.5 total goals. The home team (Monaco) have also been awarded the highest percent to collect the trophy.