Manchester United's failure to win any trophy this season after their second-place finish in the premier league and their Europa League final loss to Villareal has prompted for a reaction from the board who are keen to strengthen their squad in the summer.

A new goalkeeper is reportedly on the agenda for the Old Trafford-based outfit who are seeking to close the gap with their bitter rivals Manchester City and the Red Devils have identified Slovenian shot-stopper Jan Oblak as a possible addition to their ranks. 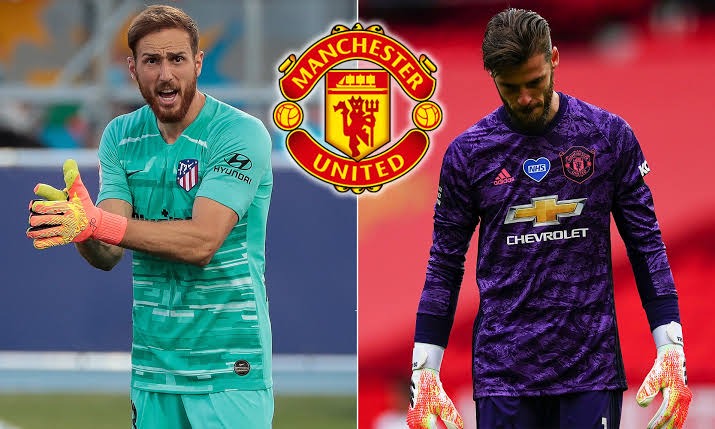 It is claimed that the Glazers will be backing their manager in the coming transfer window with funds to bring in top players in a move that appears to be targeting the disgruntled fans who have held demonstrations outside the stadium to vent their anger towards the owners.

There is an admission around the club that David De Gea has already downed his tools after losing his first-team place to England international Dean Henderson and his Europa League gaffe looks to be the end of the road for him. 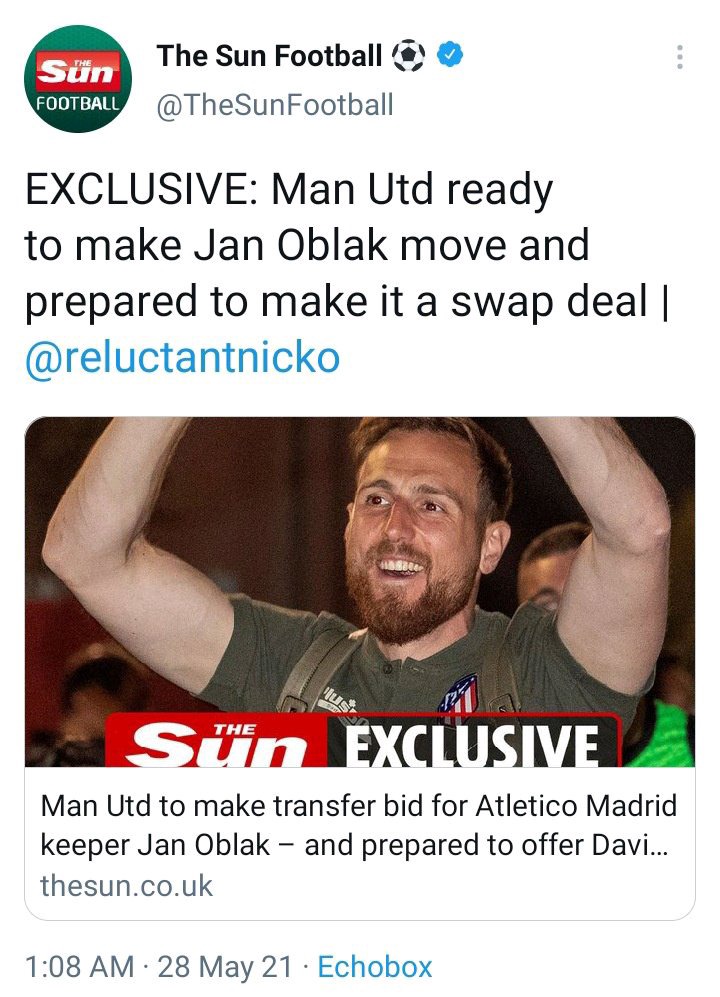 According to the Sun the Manchester United hierarchy are now exploring the possibility of swapping Jan Oblak and David De Gea in what could be a player plus cash deal for the clubs as Oblak currently has a release clause of £70m.

At only 28 years, Oblak has established himself as one of the finest shot stopper's in modern football and recently won the golden glove in La Liga having kept more clean sheets than any other goalkeeper in the division.

The Slovenian international would be a massive upgrade to De Gea and Henderson should united pull this deal off and he could just be the missing link to the team that united are craving for between the posts.