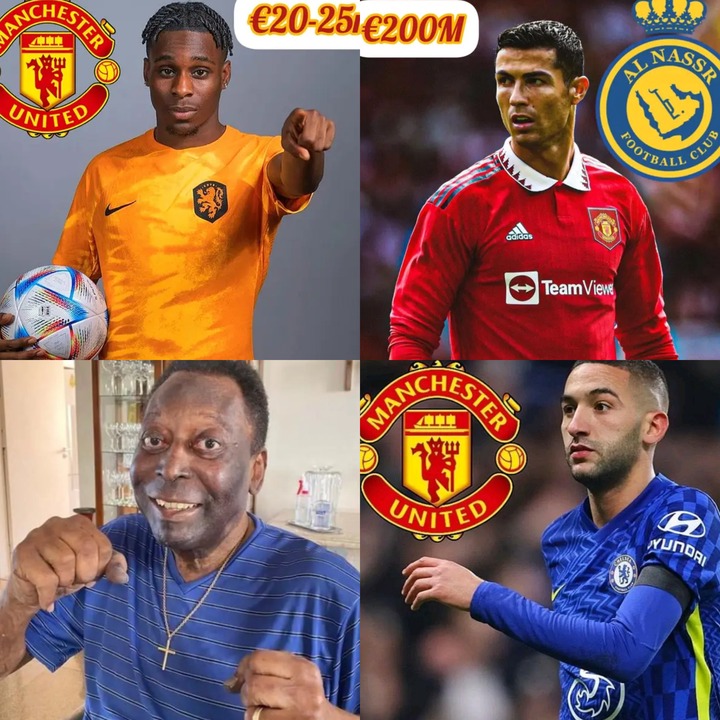 Brazil legend Football legend Pele has been hospitalised after developing a swelling, heart issues and mental confusion as his cancer treatment appears to be ineffective. Pele is currently undergoing several health tests but his condition is reportedly worsening. 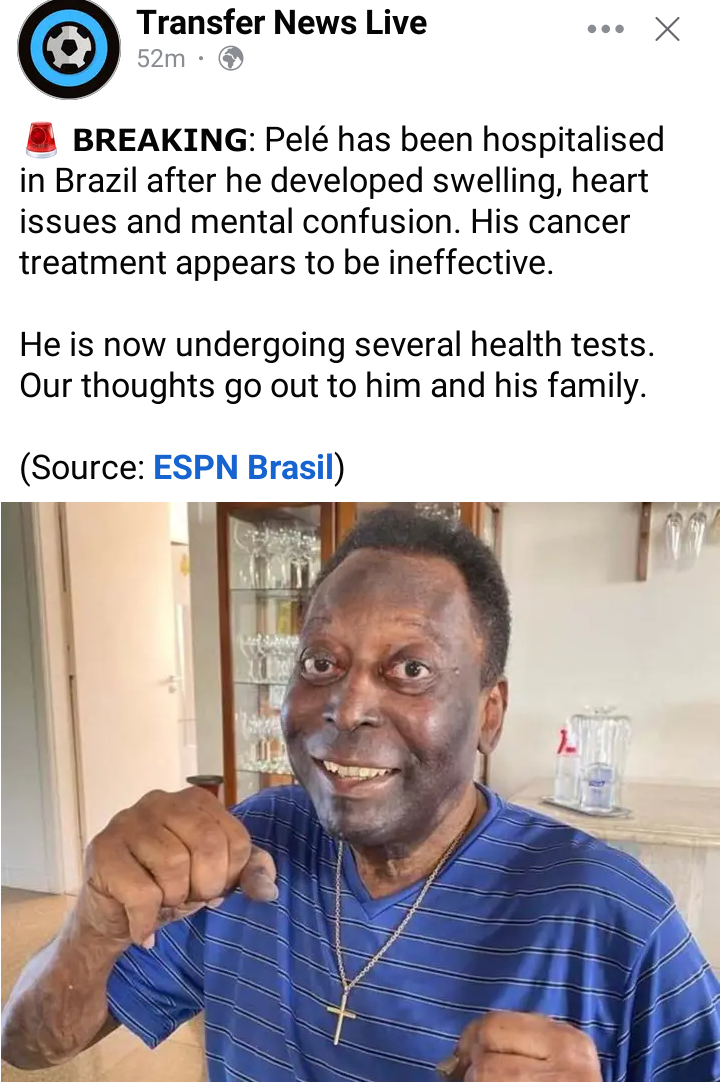 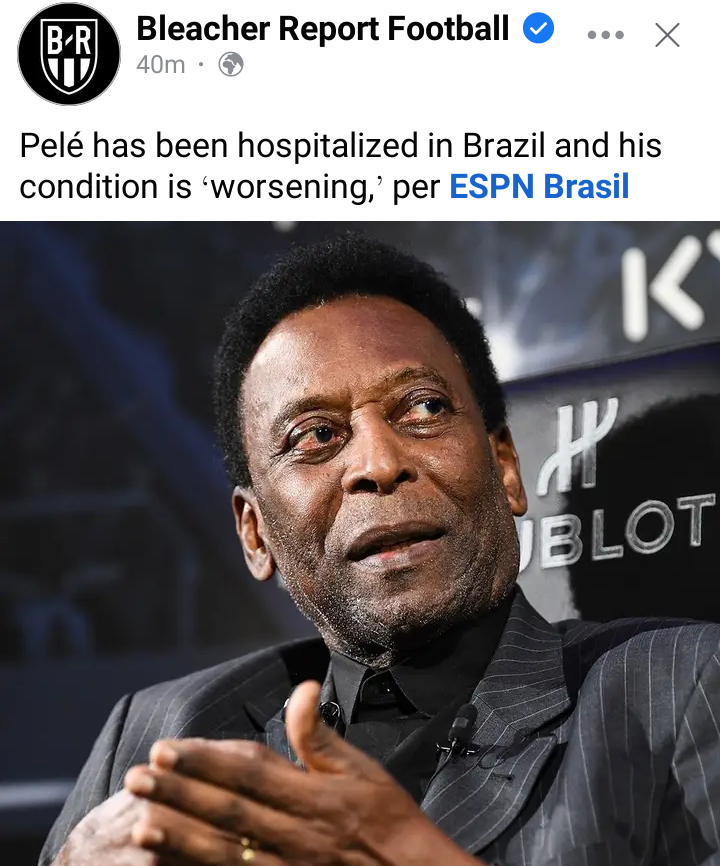 Ex-Man United Forward Cristiano Ronaldo has received a formal proposal from Al Nassr of almost €200 Million per season and is reportedly considering accepting the deal. 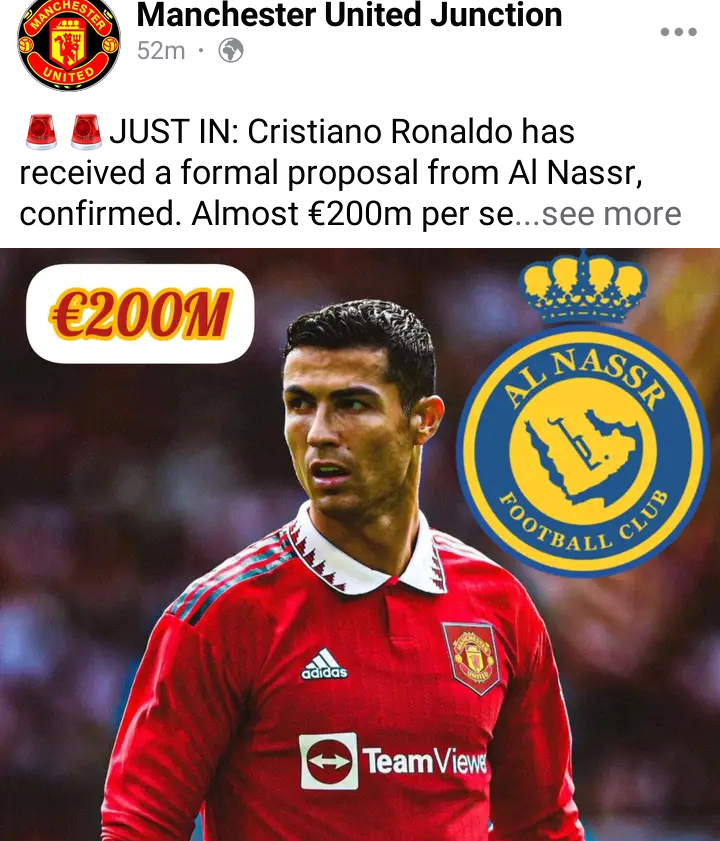 Man United are planning to discuss a new contract for Diogo Dalot after his impressive performance at Old Trafford this season. 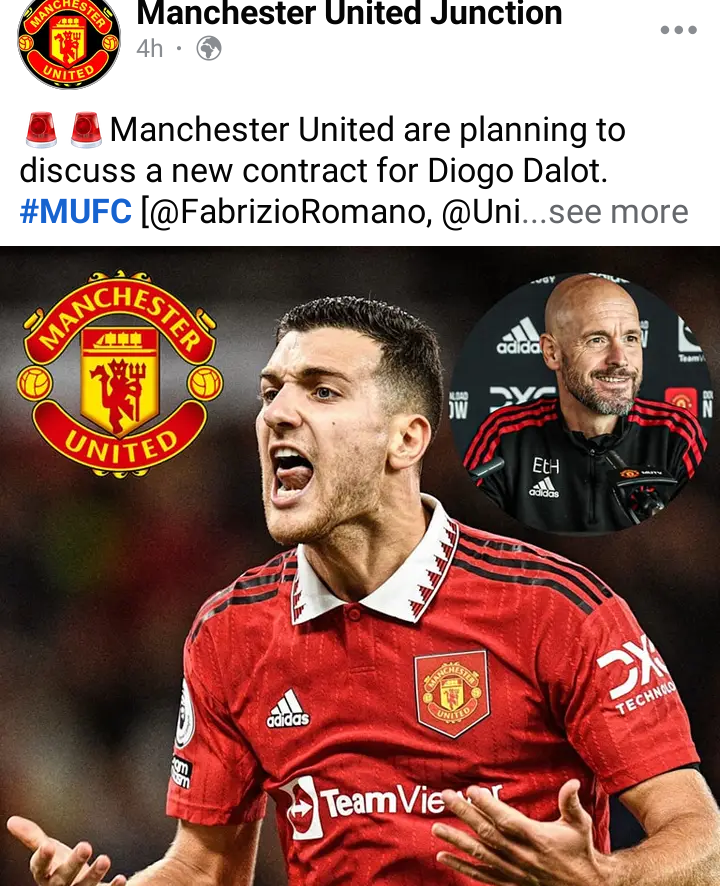 Man United star Lisandro Martinez has confirmed that after Mexico game, he felt sick hence was very hungry on how intense game was but there is nothing to worry about. Martinez is reportedly set to miss Argentina World Cup fixture against Poland. 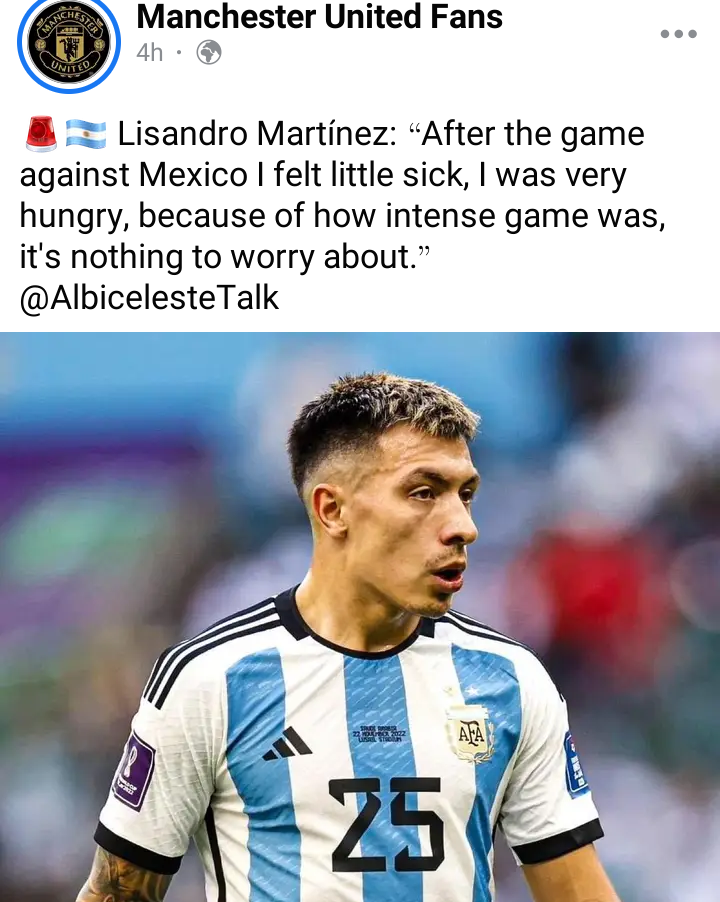 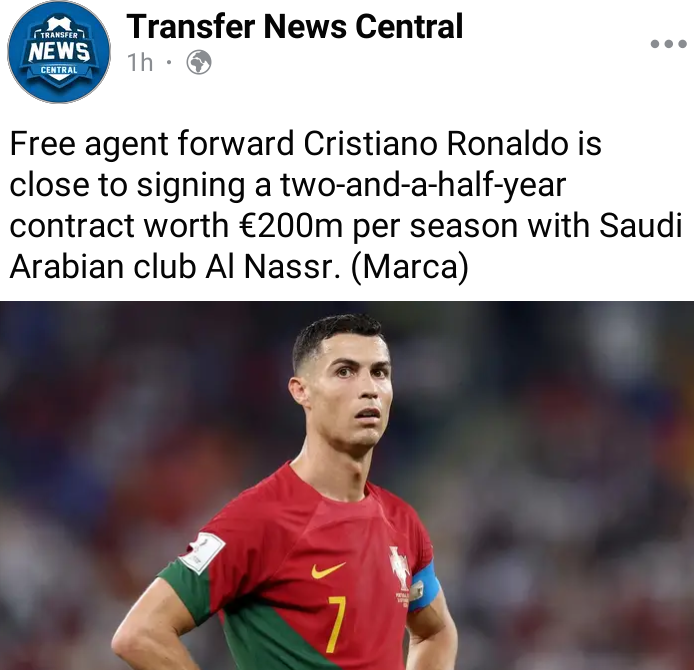 Man United target Jeremie Frimpong has admitted that he dreams of playing Premier League football and will be super excited to join Old Trafford next year. 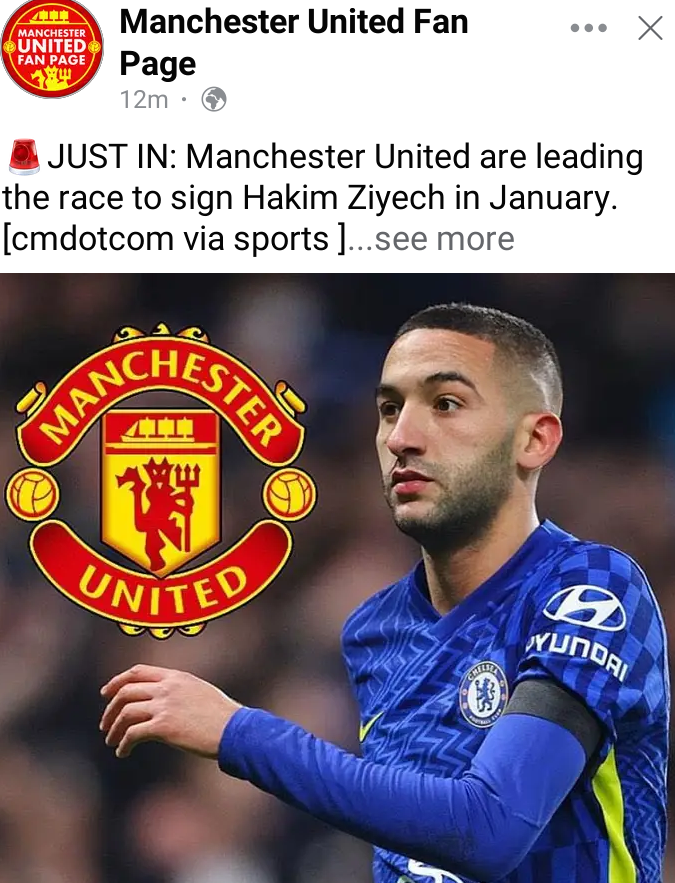 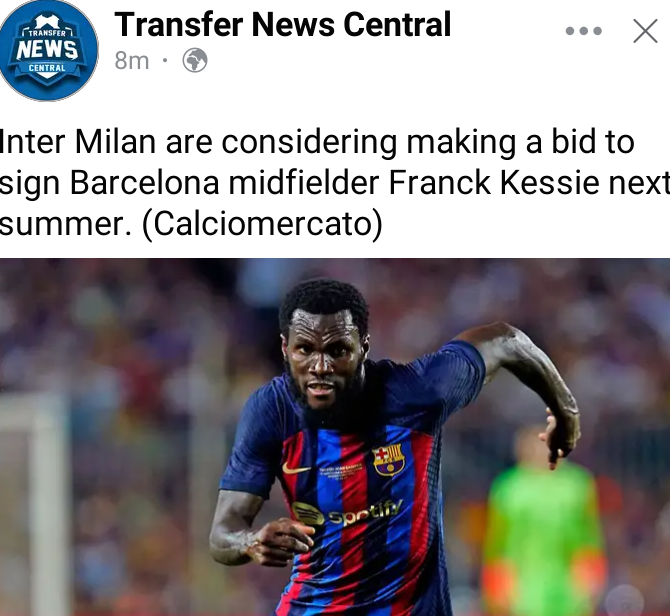 Inter Milan are considering making a bid to sign Barcelona midfielder Franck Kessie next summer. Bayern Munich are working to bring Tottenham striker Harry Kane to the club in a daleal that cost €100 Million. 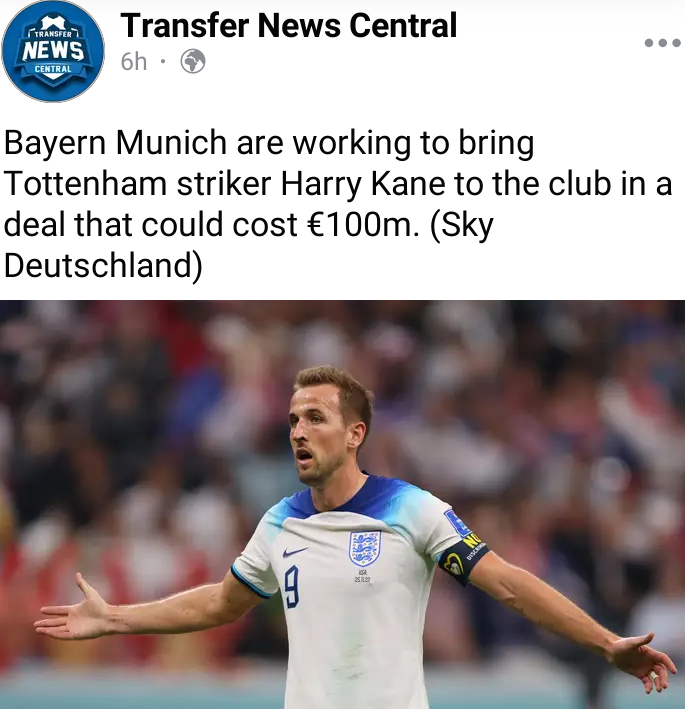