Well, football fans will always remember this transfer window due to the big names which were involved. It is almost unbelievable that Cristiano Ronaldo, Lionel Messi, Sergio Ramos, Raphael Varane, Romelu Lukaku and Jadon Sancho were all involved in this summer's transfer window. One of the teams which have really done their best on this summer transfer window is Manchester United. The Red Devils is arguably the team which has made big signings this summer. They have signed Jadon Sancho, Raphael Varane and Cristiano Ronaldo. Jadon Sancho really impressed at Borussia Dortmund and he is likely to continue with his positive trend at Old Trafford. Marcus Rashford, Anthony Martial, Edinson Cavani and Mason Greenwood were all there last season. We all know that Marcus Rashford has been one of the player to watch at Old Trafford for the past few seasons. He is currently recovering from the surgery that was done to him last month. However, his presence at Manchester United's attacking squad is an indication that the club is going to be a threat this season. 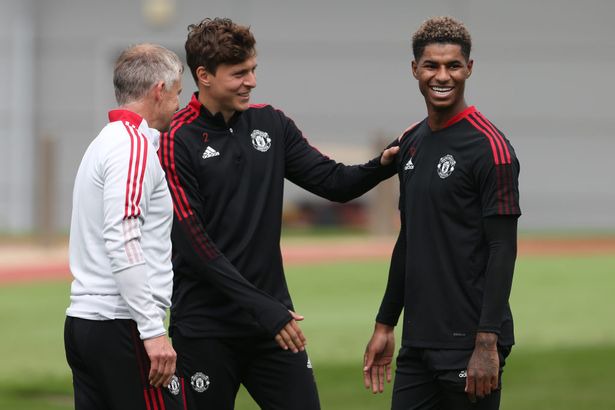 Anthony Martial has recently been performing poorly but we hope that this season he regains his form. Edinson Cavani and Mason Greenwood are arguably the best center forwards at Manchester United. Despite the fact that Mason Greenwood is not a natural center forward, he has proved that he can still perform well when used at the position. It is arguable that Manchester United's attacking squad is the strongest this season; thanks to the arrival of Cristiano Ronaldo and Jadon Sancho who have strengthened the squad. Say No To Striga Weed Again And Use This Simple Methods To Get Rid Of Striga Weed In Your Farm.

Benefits of Cucumbers in Humans