By ThomasSankaraJnr (self media writer) | 7 months ago

The Devil's are looking to strengthen their midfields in this window as they undergo new phase in Old Trafford. The Devil's in particular are likely to have a very busy window, with plenty of exits and incomings expected.

In the midfield, football.london understands that the exit of players like Nemanja Matic, Paul Pogba, Juan Mata and Jesse Lingard due to expiry of their contract this summer and there have been no talks to extend their respective stays at Old Trafford.

Meanwhile, Franke de Jong remains the main target and Ten Hag is a huge admirer of the Barcelona's midfielder, who wasn't involved in the promotion of the latest kit release. Barcelona's president has stated it would take a bid of around £65million for the Catalanians to sell De Jong but it's believed negotiations could begin if a bid in excess of £75million was submitted.

De Jong has been identified as the leading candidate for the club in the position and the Dutchman is at the top of the Red Devils' shortlist of summer transfer targets. 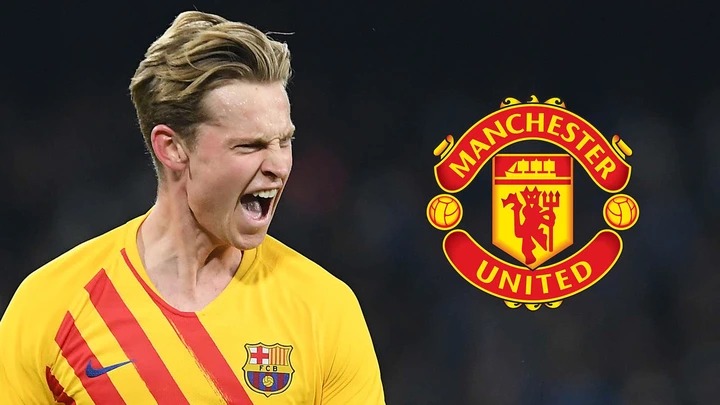 Now, as per transfermarket , Sangare is believed to have a €35m (£29.8m) release clause in his PSV contract, which has three years remaining. The report adds that a source close to the midfield gangster has said that he has his heart set on a move to England and is convinced he'll be playing in the Premier League next season

Whether Chelsea or United win the race for the 24-year-old remains to be seen, but it's certainly a saga worth keeping an eye on.

United have been handed a fresh boost in their pursuit of Antony with his agents travelling to Europe in order to negotiate their client's future. That is outlined by a report in Goal Brasil, which claims £51million (€60m) could be enough to take the Brazilian forward to Old Trafford.

Antony is another leading target for Ten Hag who is keen to reunite with the 22-year-old - Ajax's star player last season. United are in pole position to land the Brazilian given his strong relationship with the Red Devils boss at the Amsterdam Arena.

It is reported how United and Ajax share strong relations at board room level and this would help smooth over any deal. Ten Hag's departure to the Amsterdam club last month to seal his early arrival at United being one such amicable agreement.