By KimKinara (self media writer) | 21 days ago

Matchday 7 ended successfully with some fans smiling and others crying.Here are referees and officials who officiated all games.

The match ended with 1-1 draw both teams securing single point each.Antony Martial scored for Red Devils before Townsend equalized with is second goal of premier league this season.

The match officials for Matchweek 7 of the 2021/22 Premier League season were;

The two teams battling at the buttom of table ended the match with no goal scored.

Blues humiliated Southmptom in final minutes where they scored two goals within a span of 6 minutes.Chalobah,Werner and Azpligueta scored for Chelse ,while gave visitors a single goal

Bielsa remained to be the happy man after his players awarded him a home victory against Watford. 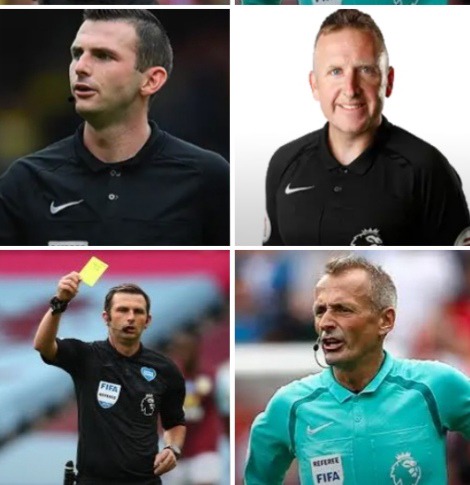