After producing a fine display in a 2-2 draw with Arsenal, Crystal Palace will be looking to give fans yet another reason for celebration when they take on Newcastle United at their Selhurst Park. The Eagles were on the verge of beating the Gunners at Emirates Stadium, and, no doubt, they are capable of defeating the Magpies in front of home fans. Both Ferguson and Eze remain in the recovery room, but key man Zaha should be fit for Saturday’s clash.

Newcastle United, on the other hand, failed to impress in a 3-2 loss to Tottenham, and given their difficulties at the back, we believe that punters from all around the globe can find value in betting on the capital club. To make things even worse for the visitors, important midfielder Jonjo Shelvey is sidelined through suspension.

Southampton and Burnley go head to head at St. Mary’ Stadium in the Premier League round 9. The Saints recorded their first win of the season at the weekend, with the team beating Leeds United without any difficulties. Southampton footballers regained a much-needed confidence, but they are still sitting in the danger zone. Even though important midfielder James Ward-Prowse remains on the sidelines through suspension, home win should be considered as the Saints impressed in the triumph over Marcelo Bielsa’s troops.

The Clarets, on the other hand, failed to spoil Man City’s party at Etihad Stadium, and given their poor away record, we believe that there is a big value in betting on the home team. Both Stephens and Mee are out of contention for the visitors. In their last encounter at St. Mary’s Stadium Southampton defeated Burnley 3-2. 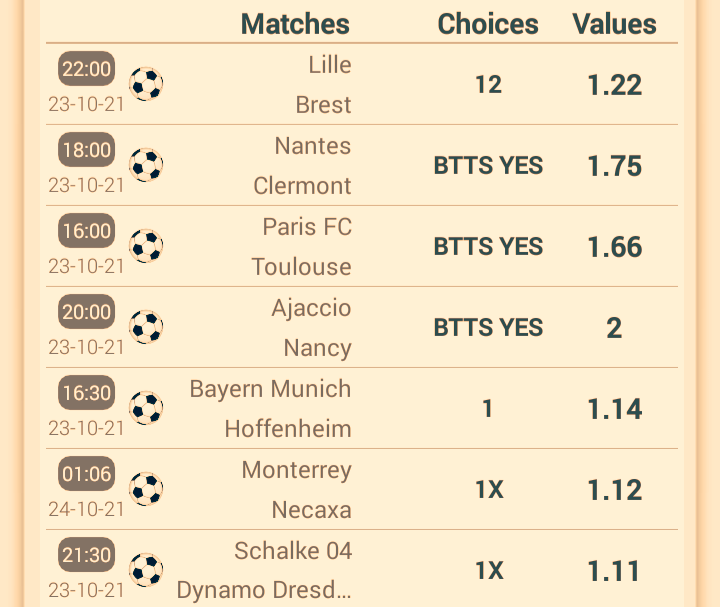 Saturday’s football game at Amex Stadium pits together Brighton and Manchester City, the two teams who are surprisingly almost level on points in the Premier League table. The Seagulls have suffered only one loss in the process, but they are still seen as big underdogs in this match as they take on the star-studded title holders. Both Alzate and Welbeck are out of contention through injuries, while Webster should be fit to face Pep Guardiola’s troops.

The Citizens, on the other hand, aim to build on a routine 2-0 win over Burnley where the Catalan tactician mixed the squad. All Kyle Walker, Ruben Dias, Ederson, and Gabriel Jesus return to the starting XI following international commitments. Anyhow, Man City are more of a team than Brighton, and we predict that Kevin De Bruyne and Co. will prove their worth on the field. Both Mendy and Torres miss out with injuries for the visiting team.

Valencia play host to Mallorca at their Estadio de Mestalla on day 10 of the new La Liga campaign. Los Che failed to spoil Barcelona’s party at Camp Nou at the weekend, but they are surely capable of beating the newcomers at home ground. Paraguay international Omar Alderete returns from suspension, while all Correia, Lato, and Piccini are likely to miss the game with injuries.

Los Bermellones failed to shock ten-man Real Sociedad in San Sebastian, with Lobete scoring a late winner for the Basques, and, no doubt, the visitors are low on confidence ahead of the trip to Valencia. Since Los Che are a real force to be reckoned with at home, Mallorca are unlikely to grab something from Saturday’s clash. Both Aleksandar Sedlar and Takefusa Kubo are out of contention with injuries for the visiting team.