Enjoy your weekend by winning with these four teams 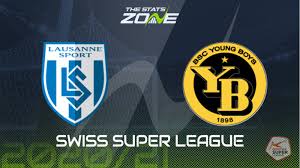 Sitting at the 14th spot, Levante is aware that they might finish somewhere near, on the table. They will host the promoted team, Cadiz, in their last game this season. Meanwhile, the visitor will come in with nothing to play other than pride in the fixture, as they will see yet another season of La Liga.

Levante was successful in extending their winless run in the league to the seventh game in a row with a defeat last time out. Their previous encounter was on the road and they lost to Getafe with a 2-1 scoreline in their schedule. Another winless game here will see their worst run in the league so far this season.

On the contrary, Cadiz has been the better side out of the two. The away team has lost only four of their last ten matches in the campaign. However, they will visit on the back of a double loss in their form, following a 1-3 loss at home against the likes of Elche in the previous encounter. The visitor already has a three-point lead over the host on the table as it stands.

Pick: Levante win or draw and both teams to score

Basel have been the best team in the competition the past several years, barring reigning champions, Young Boys. Meanwhile, Sion are battling relegation, and are placed dead last in the table. Surely expect Basel to post the three points on the board.

As of now, Sion have a total of 35 points from their 35 games, and they need to climb one spot to avoid relegation.

Currently they are placed tenth in a table of ten, and need to overcome the ninth-placed Vaduz, who have one more point than them.

As such, a victory is a must, and this will probably do extra damage – due to the desperation.

Basel have confirmed a podium position, and even a draw this weekend will deliver a second-place finish for them. Note that they also have a great h2h record against this foe over the years.

Pick: Basel win and Over 2.5 goals

Young Boys have once again secured another league title, and will definitely want to end their campaign with a win. The struggling Lausanne seem to stand no chance against the undisputed kings of Switzerland.

As of now, the Boys are at the top of the table with a 28-point lead over the second-placed Basel, and they have scored the most number of goals as well as have conceded the least.

In fact, the title-holders are the only team to touch the 70-goal mark, and they have let in a total of just 27 goals till now. Note that none of the other squads have kept it below 40.

Meanwhile, Lausanne are going through a dismal run. They are dropping points in almost every other game, and lately they have been finding it hard to keep clean sheets at home.

Likely, expect Young Boys to post the three points on the board.

Blackpool are on blistering form, doling out win after win. They are also scoring goals at an unbelievable rate, and importantly, they have a 3-0 aggregate lead against Oxford. This Friday, at home, Blackpool easily are the favorites.

Meanwhile, Oxford are going through a terrible run. They are conceding goals in plenty, and especially on the road their performances have been dismal.

On top of that, they also have a poor h2h record against this foe over the years.

By the looks of things, expect Blackpool to emerge victorious this Friday at the Bloomfield Road.

Thank you guys for your time and enjoy.