By Odhiamboalphoncearnold (self media writer) | 8 months ago

1. Italy - They are the reighning champions of the European Championship having won the Euro 2020. They were eliminated by North Macedonia in the 2022 Europe World Cup Qualifiers play-offs. They lost 0-1 in the Semi-Finals. 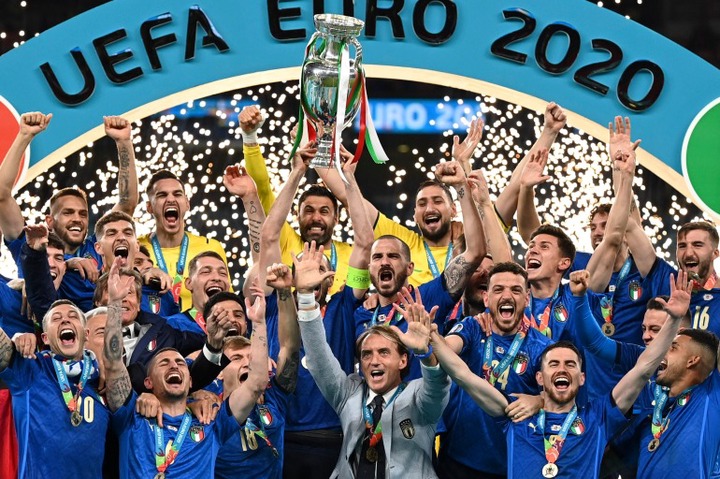 2. Greece - They won the 2004 European Championship but failed to qualify for the 2006 FIFA World Cup. They finished fourth in group 2 of the 2006 Europe World Cup Qualifiers. 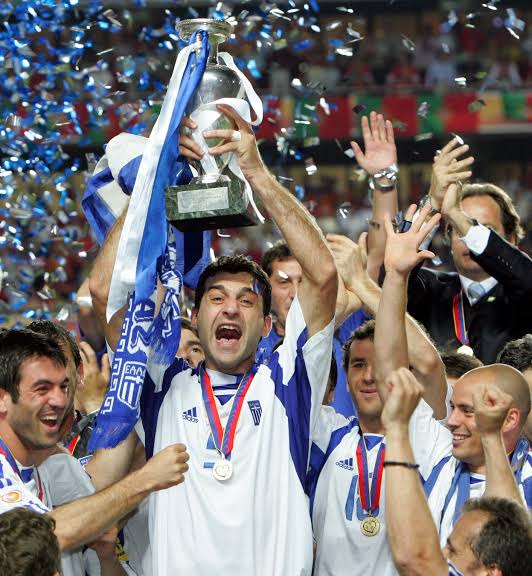 3. Denmark - After winning the Euro 1992 they were eliminated in the group stage of the 1994 Europe World Cup Qualifiers by finishing third in group 3.

4. Czechoslovakia - They failed to qualify for the 1978 FIFA World Cup after winning the 1976 European Championship. 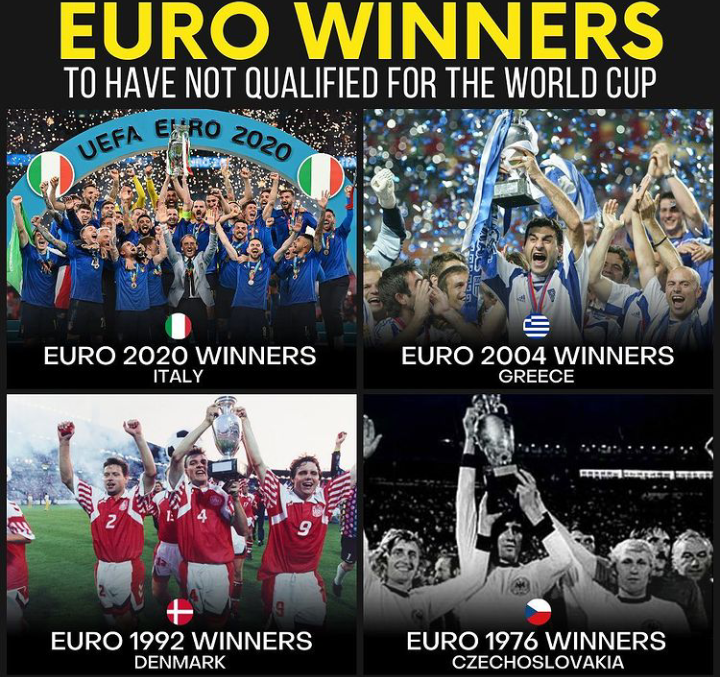