By JosephOpondo (self media writer) | 10 months ago

Spaniard was the Championship's manager of the month in March and has a win percentage of 58% - but has been sacked today with Watford 14th in the Premier League.

Watford have sacked manager Xisco Munoz after less than 10 months in charge.The first Premier League manager to be dismissed this season.

The Spaniard, 41, guided the Hornets back to the Premier League at the first time of asking last season.Xisco Munoz has left Watford after winning promotion last season. 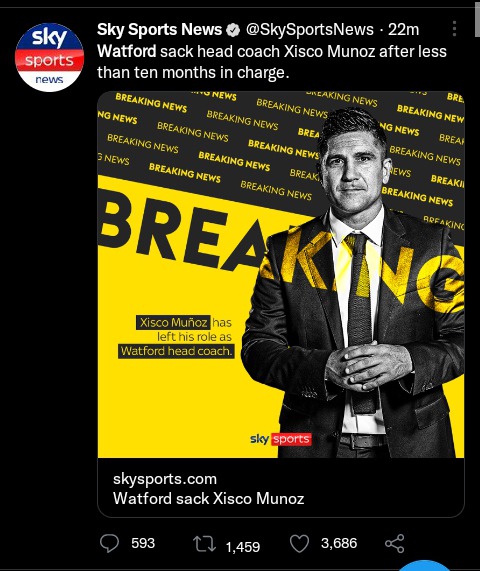 But he has departed the club after picking up two wins from his opening seven Premier League matches.Watford are now on the search for their ninth manager in just three years.

It is a managerial merry-go-round which began soon after the Pozzo's took over at Vicarage Road.Watford's next boss will the 14th manager appointed by the Italians in the nine years they have owned the club.

Martha Karua Affirms That The Court Will Make Final Judgement