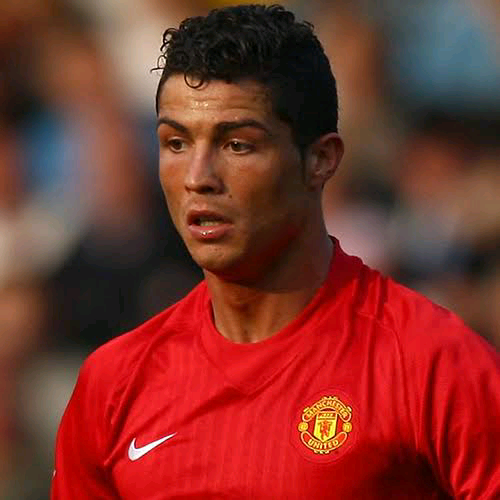 Due to advancements in sports science and training methods, age is becoming less of a factor in football. When you reach your thirties, you don't have to give up your work. Instead, some people get better as they get older, drawing on all of their previous experiences to strengthen their abilities, while others see age as just another challenge to overcome and another opportunity to prove themselves to the world. In Europe's top five leagues right now, there are numerous world-class players aged 35 and older. We've narrowed it down to the best of the best. If you don't agree with any of our choices, please let us know. Do you think we've forgotten someone? Please let us know in the comments section.

Even with Ibrahimovic's time-traveling abilities. Even though Handanovic has secured Inter's future. Even with Joaquin's witty remarks. Was there ever going to be anyone else on this list other than Cristiano Ronaldo? The 36-year-old is still going strong and is regarded as a legend. Ronaldo has continued to prove himself as one of, if not the best, of all time since leaving Real Madrid in 2018, scoring 0.76 goals per game for Juventus and helping the Old Lady win two more Serie A titles. Furthermore, since the start of 2019, when he added the first Uefa Nations League to his 2016 European Championship championship, Ronaldo has recently equaled Ali Daei's record of most international goals (109) with 22 goals in 21 caps for Portugal.

When is he going to stop? When it happens, how will his club and international goal totals look? And how big is his trophy cabinet going to get? This season, he has returned to Manchester United.

Thiago Silva's Premier League debut for Chelsea was a disaster, but he's since demonstrated why he hasn't retired, proving to be the Blues' best defender on numerous occasions. The 36-year-old played nine Champions League games for PSG this season, propelling them to their first-ever final. It's easy to see why Frank Lampard signed him last summer, given his continuous engagement with the Brazilian national team (12 caps in 2019). He thrived under Thomas Tuchel, helping the Blues win the Champions League.

Ricardo Quaresma, a Portuguese winger, reached his peak in 2008 before disappearing to the United Arab Emirates in 2012. With Porto and Besiktas, he helped Portugal to an unlikely Euro 2016 win. (He came on for an injured Cristiano Ronaldo early in the final.) He has four assists in 12 games since returning to Portugal following a five-year exile with Vitoria.

Under Carlo Ancelotti, Yuri Zhirkov, the most expensive Russian footballer ever, won the double with Chelsea. He has represented Russia in four major tournaments and won two Russian Premier League championships with Zenit Saint Petersburg.

Paraguay's Roque Santa Cruz is a senior citizen. When? That occurred in August 1999, when he was paired with Lothar Matthaus, who was born before Ringo Starr joined The Beatles. Then he traveled to the World Cup in 2002. Santa Cruz joined Blackburn in 2007, eight years after making his Bayern debut, and together with Robbie Savage and David Dunn, he scored 19 league goals. In recent months, he has scored hat-tricks with Olimpia, where he began his career.

Willy Caballero is a 39-year-old man. On September 28, 1981, he was born in Argentina. In 2017, he joined Chelsea as a player. Caballero joined Boca Juniors in 2001 and stayed with them until 2004. On October 1, 2011, he set a new Málaga record with a 480-minute clean sheet, cementing his place in the city's history. Willy Caballero broke Pedro Contreras' record of 429 minutes after ten years. Last year, he was voted the Premier League's oldest player. On September 28th, he will turn 40 years old.

Zlatan Ibrahimovic is a member of one of Italy's most prestigious clubs. The 39-year-old Swedish forward is now under the management of A.C. Millan.

He has worked for some of the world's top football clubs, including Barcelona, PSG, Manchester United, Juventus, and Inter Milan. Ibrahimovic joined the Swedish national team in 2001 and rose through the ranks to become the team's all-time greatest scorer before retiring in 2016. His first two seasons were spent at Malmö FF, where he made 40 appearances and scored 16 goals. He is regarded as one of the all-time great attackers. He won the Capocannoniere with Inter Milan in 2006. He left Milan after one season in 2011, but returned the following year and stayed till the next season. Finally, in 2020, he accepted to return to Milan. A fun fact about him is that he enjoys both football and writing.

Maxi Rodriguez, a Liverpool cult hero, began his career in Argentina and later moved to Spain, England, and Uruguay. He represented Argentina in three World Cups, sharing the Golden Boot with Cristiano Ronaldo, Thierry Henry, and Zinedine Zidane in 2006 and scoring the game-winning penalty against the Netherlands in the 2014 semi-final. Rodriguez, 40, has signed a three-year contract with Newell's Old Boys, his hometown club.

Parma football club was where he began his professional career. He made 17 appearances for PSG in 2018-19. He was a member of his country's national team from 1997 to 2018, and he has the cleanest sheets.

He is not just one of the most experienced active soccer players, but he is also a legend. In 2015-16, no one could beat him for more than 970 minutes. He is the second-most capped European international footballer, as well as the most for his country. He participated in all five FIFA World Cups from 1998 to 2014. He was named one of the FIFA 100 greatest living players in 2004 among his many accomplishments. He is the only goalkeeper in history to be named UEFA Club Footballer of the Year. In addition to being one of the oldest football players in 2021, he has a long list of accomplishments, prizes, and nominations that distinguish him as one of the best.

The world's second-oldest active soccer player, Essam El-Hadary, recently set a Guinness World Record. During the 2018 FIFA World Cup, goalkeeper El-Hadary, 45, became the oldest footballer to play in a World Cup. After his incredible achievement, El-Hadary announced his retirement from the Egyptian national team. El-Hadary has 159 caps for Egypt after making his debut in 1996. El-Hadary may have left the national team, but he hasn't left the sport. El-Hadary joined Nogoom Football Club in 2018 but left before the season ended. El-Hadary has yet to declare his retirement, nor has he joined a new team.