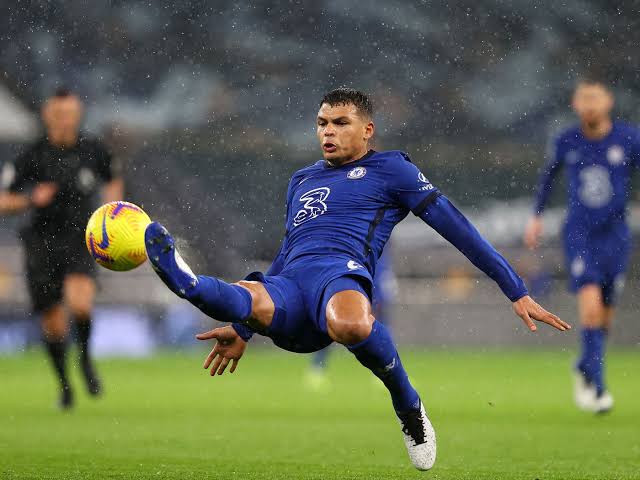 Thomas Tuchel will have his work cut out for him when it comes to picking a Chelsea starting lineup.

Most of the time, it's because the Champions League champions face stiff competition in every position, but against Juventus, there are a few more injuries to contend with than the German coach would prefer.

Mason Mount, Reece James, and Christian Pulisic are all out, while Tuchel disclosed yesterday in his press conference that N'Golo Kante tested positive for Covid-19, effectively putting him out until after the international break.

Mount and Pulisic were also absent from the weekend's play against Manchester City, but James was forced off with an ankle injury in the first half-hour of the Premier League contest. Thiago Silva took his spot.

The Brazilian had been relegated to the bench, with Cesar Azpilicueta, Andreas Christensen, and Antonio Rudiger starting in defense.

Silva would have had a chance to play in the first XI against the Old Lady in Europe if this had happened. The fact that he had to play for an hour may have raised some eyebrows given the 37-year-playing old's time is limited. However, the former PSG star's new Instagram story suggests he will play for Chelsea tonight at the Allianz Stadium.

Fickle PR teams might not be as willing to hype up Champions League matches when their star isn't starting, and with the news of James' injury, it's not out of the question that Azpilicueta moves to wingback, with Silva starting in the center after an amazing start to the season.