How Could Chelsea Tactically Combat Crystal Palace? The Blues Probable Line Up For The PL Derby

By TouchLineUpdates (self media writer) | 23 days ago

Moving on to another tough challange in the Premier League, that is of course another London derby for the Blues, theres realy little hope in securing a top four finish despite being a liltle bit ambitious in the current transfer window to try and add some firepower to the available squad. Chelsea welcoming Crystal Palace at Stamford Bridge has never been an easy fixture even during the glory days and this one is non theless going to be any different. Patrice Viera's men are equally angry for better results after strugling to string consistent performances in the recent past.

How should Potter aproach this battle tactically, as it has became clear that most of the Chelsea's recent strugles are nothing to do with tactical issues rather some individual incompetances and maybe luck if it ever exists? In the recent few games apart from the last Premier League derby loss against Fulham, we have seen the boys lining up in a more attack minded formation of four at the back with a packed midfield of duol pivot.

Basicaly this is a system that has shown some glimpses of succes especially in the first half encounter against Bournemouth at the Stamford Bridge where the midfield players were mobile, creating enough spaces between the lines and even moving the ball much quicker thanks to the hard work by the backroom stuff at Cobham. This has been aided by a promissing formidable partership of Denis Zakaria and Mateo Covacic at the center of the pacrk something that currently is a bit shameful to think of given the fomer limped out of the derby loss to Fulham two nights ago.

But the team has to move on as always with the number of injuries and suspensions not doing any good for the English manager after seeing yet another blow after debutant Juao Felix couldn't last for more than an hour in the last game. The Atletico Madrid lonee picked up a red card following a rush challange albeit the Portugues attacker enjoying his debut and arguably being the most dangerous chelsea player in that particular match. 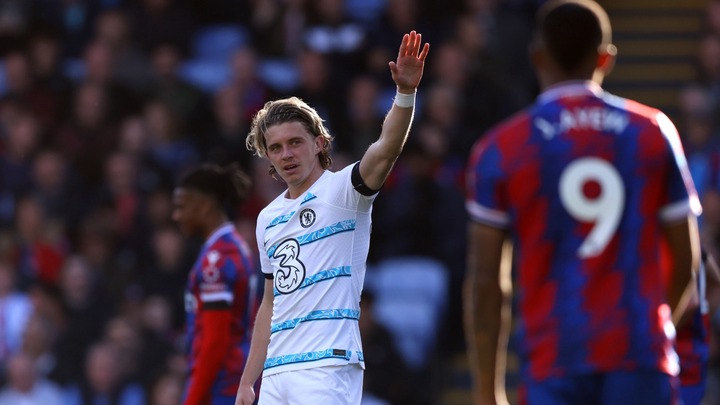 With an attack minded formation of 4-2-3-1, The Blues should be able to get the job done at Stamford Bridge with Kepa Arizabalaga keeping his place between the sticks, Cizar Azpilicueta, Khalid Koulibaly, Thiago Silva and Lewis Hall forming the four man defence line in the absence of Reece James and ofcourse underwhelming performances from Mark Cucorella on the left side of the defence line.

Central midfield must consist of Goginho and Mateo Covacic as Zakaria remains a doubt or perhaps not realy ready for this clash. Carney Chukuwemeka, Mason Mount and Hakim Ziyech should complete the attaking midfield line while Kai Haverts should stick upfront and lead the attack whith new signing David Datro Fofana having to wait for his Premier League start.