Agreement more than close since Monday between Man United and Barcelona for Frenkie de Jong on €65m fixed fee, but €20m add-ons structure to be discussed and then personal terms.Lisandro Martínez: bid set to be submitted.More on Man Utd 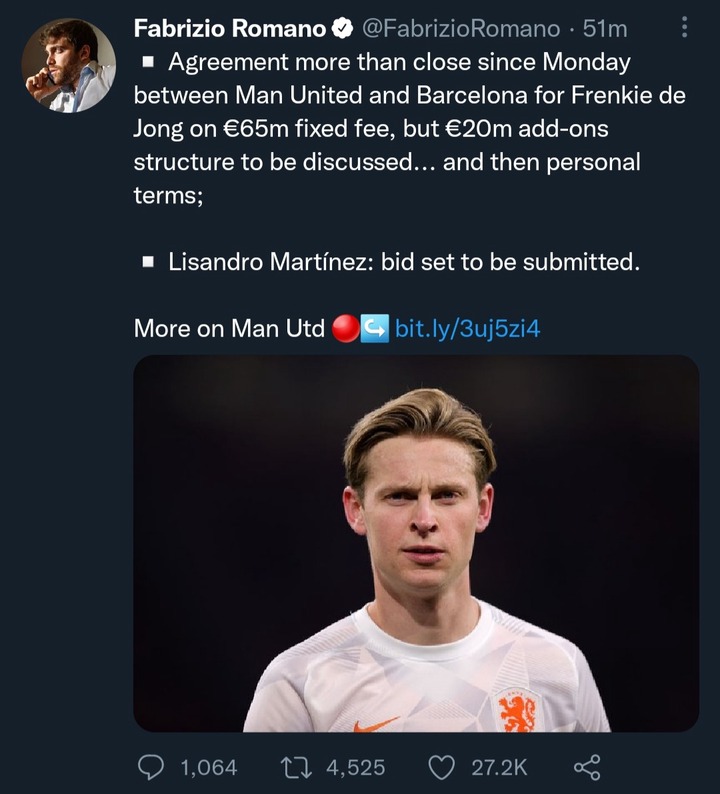 Tottenham are hopeful of completing Clément Lenglet deal very soon. It's considered matter of final details with Barcelona, after agreement reached on personal terms with French defender.No proposal on the table from Spurs to Jesse Lingard, as things stand. 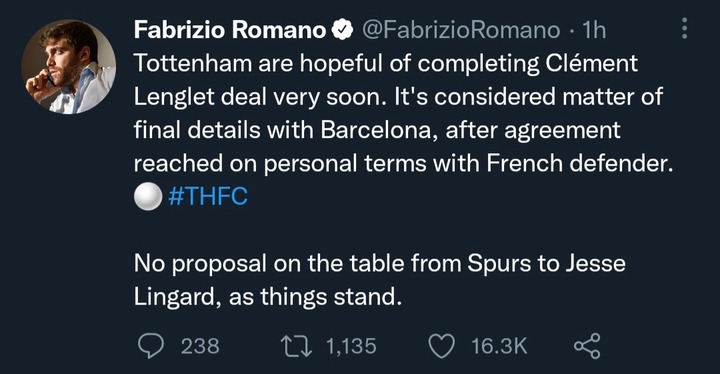 Manchester City have signed all paperworks in order to announce Kalvin Phillips deal with Leeds. Medical done, while Darko Gyabi will join Leeds from Man City for €7m fee.Phillips turned down two other proposals as he only wanted Man City move. 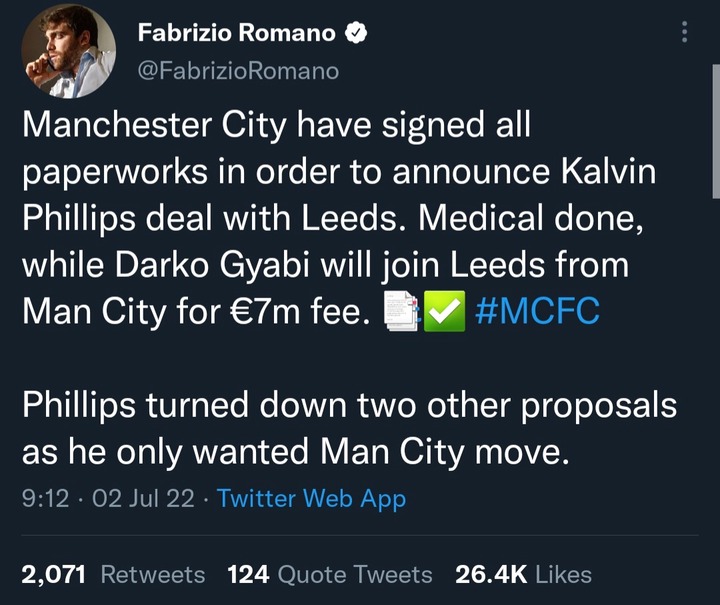 Manchester United are preparing a bid for Lisandro Martínez. He’s very high in Erik ten Hag’s list, race open with Arsenal that have no intention to give up. Once Malacia deal will be signed and official, Man Utd will be on it - while Arsenal are still pushing.Manchester United official proposal for Lisandro Martínez, better than Arsenal’s one but not enough yet. AFC are still there.Man United also pushing to agree on personal terms with Lisandro - ten Hag, key factor. 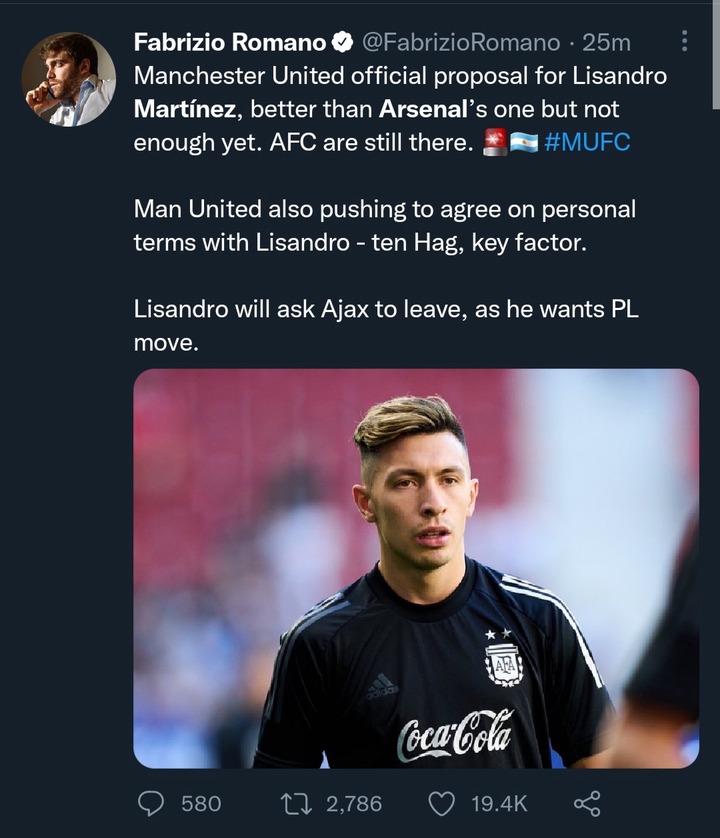 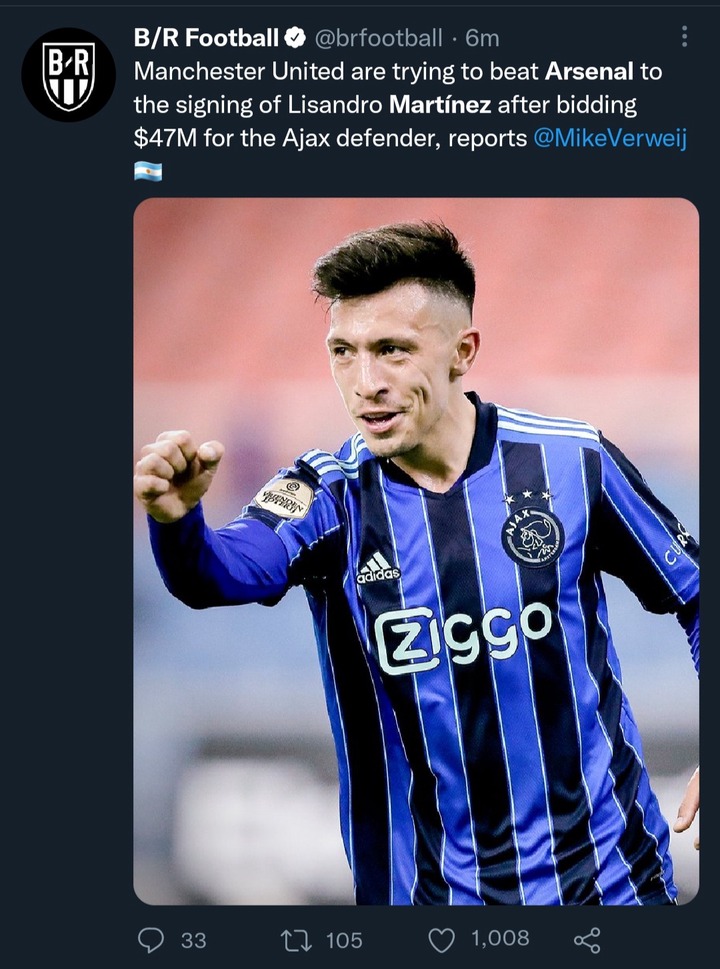 Lisandro will ask Ajax to leave, as he wants PL move.Manchester United are trying to beat Arsenal to the signing of Lisandro Martínez after bidding $47M for the Ajax defender, reports @MikeVerweij. 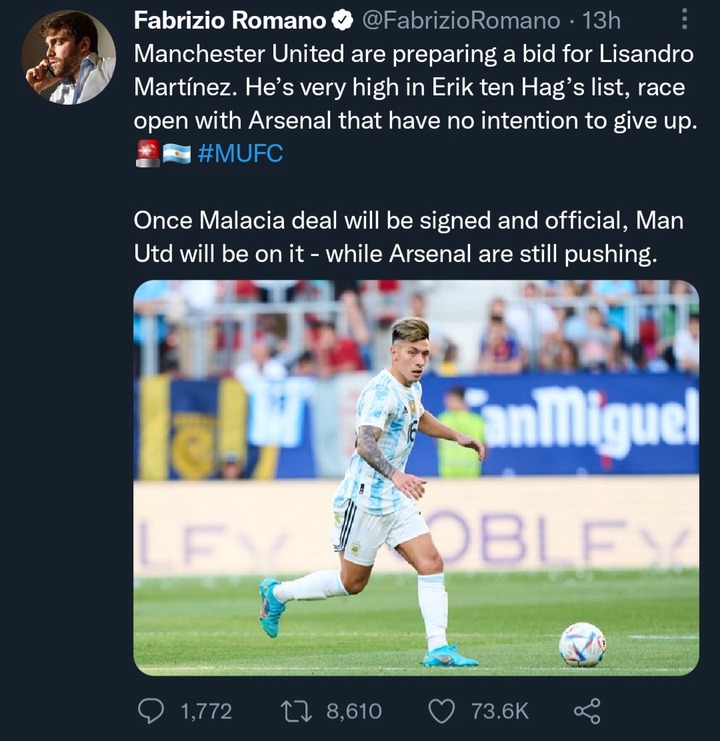 Tyrell Malacia to Manchester United, here we go! Agreement reached on personal terms, waiting to sign the contracts soon for €15m plus €2m add-ons to Feyenoord. Malacia will be first signing of ten Hagera.OL deal hijacked, as revealed on Tuesday - now confirmed. 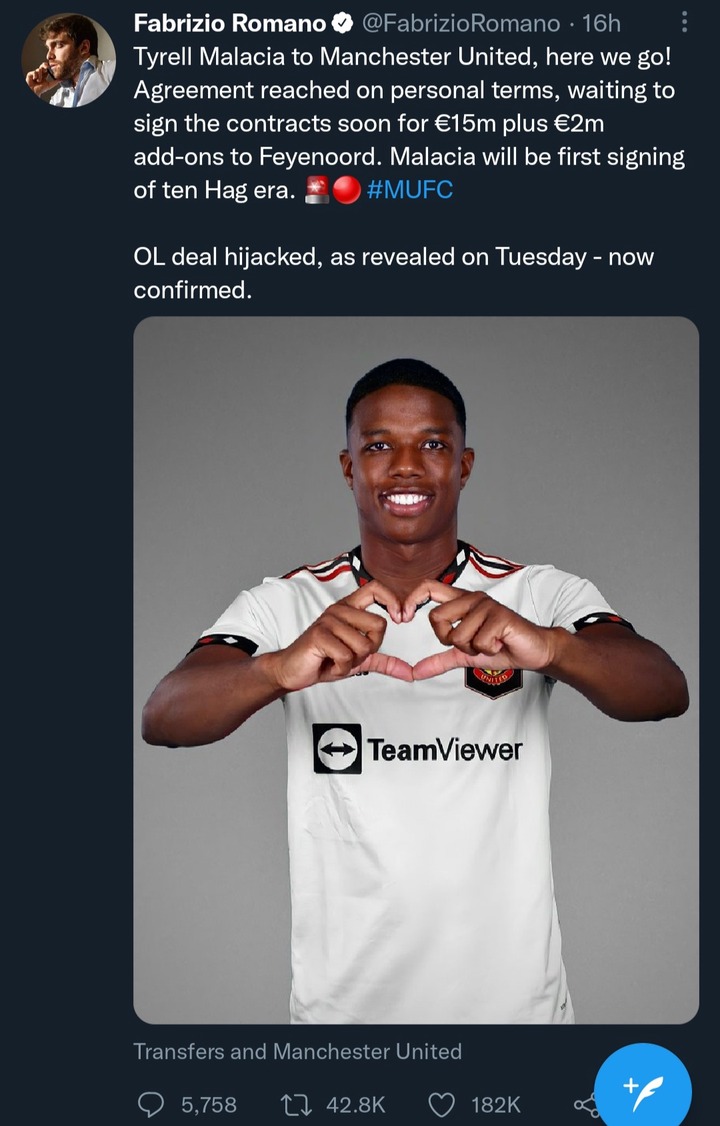 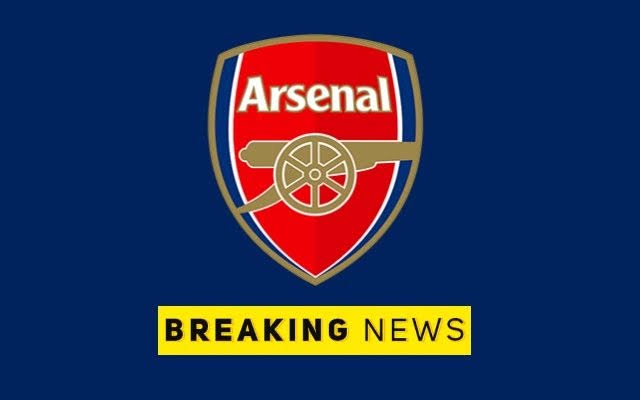