Raw, John Cena Disrupts Raw And Announces His Coming Back

By Swee (self media writer) | 6 months ago 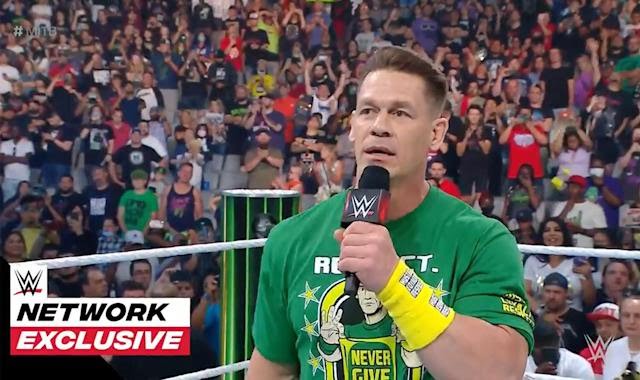 We began RAW with John Cena! Cena wanted to get all the crowd hyped and gave a shout-out to a young child celebrating a birthday. Cena loved how loud the crowd was, he said the WWE Universe is the biggest WWE Superstar. Tonight is deafening loud and electric according to the 16-time champion. While he let us know he probably will wear his Peacemaker costume to the Suicide Squad premiere, he also wanted to explain his actions from last night.

“It’s because Roman Reigns is an asshole.” Cena believes Reigns needs to be knocked down a peg. He said the pathetic Roman Reigns experience has gone on long enough. Cena then went on to say that Reigns is arrogant, self-absorbed, overhyped, overprotected, and overexposed gimmick that is not as over as he says he is. Yes, coming from Cena!

Content created and supplied by: Swee (via Opera News )