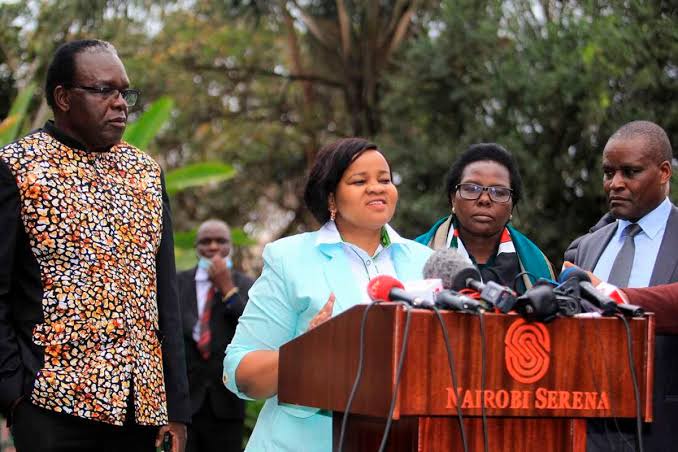 Yesterday, the IEBC Chairperson Wafula Chebukati named William Ruto as the president elect after a heated scene at the Bomas of Kenya.

However, his win was surrounded by drama after four IEBC officials withdrew and held a parallel presser at the Serena hotel.

According to the team at Serena, they upheld that they would not take ownership of the results as announced by the IEBC Chairperson Wafula Chebukati. 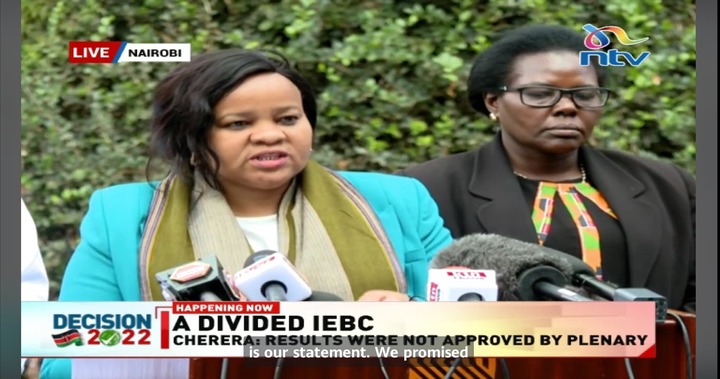 Speaking during a briefing, the team said the aggregation of percentages are mathematical incorrect, according to the team the Figures are incorrect the team adding up to over 100 percent(101).

The team went ahead of dislodging claims that Chebukati did not listen to the them and that he was not ready to listen to anyone at all.

They further said that the form 34c used to announce the results was opaque and did not show any details of how the figures came about.

The team has completely disowned the results saying it was Chebukati's sole decision and nothing else.

According to team Chebukati released results before several constituencies were brought in. 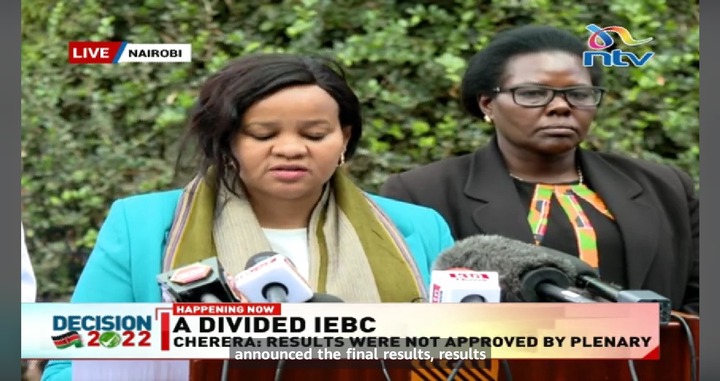