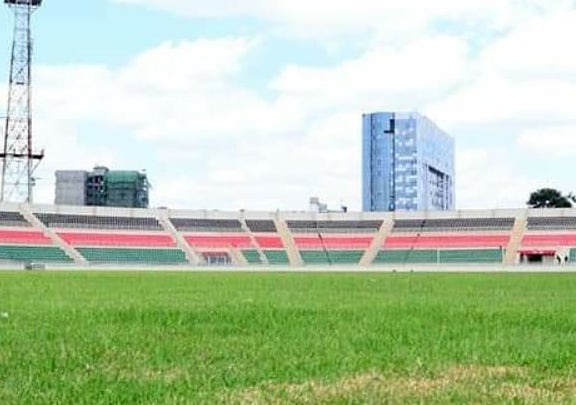 After three years of renovation, President Uhuru Kenyatta has finally reopened Nyayo stadium on Saturday morning in a ceremony that was attended by various sports stakeholders.

Speaking during the event, Sports CS, Amb Amina Mohammed reported that the facility has received a clean bill of health from sports federations in the country and around the world.

“Your excellency allow me to report that several international bodies have sent their representatives to inspect this facility and have rated it among the best in the African continent.” Said Mohammed.

AK President Jackson Tuwei thanked president Uhuru Kenyatta for the renovation of the stadium and says world athletics have confirmed that the facility is good hosting continental tour championship next week.

Kenya Basketball Morans captain Alex Mutoro who spoke on behalf of sportsmen has promised that sports people with put in more effort while representing the country due to the presence of such sports facilities.

Speaking during the ceremony, president Uhuru Kenyatta said the facility will help improve sports in country adding that the government is in the process of developing other sports facilities in the county.

“We expect all these facilities to be ready from commissioning by the end of this year. We are also working with county governments to co finance the renovation of existing sports facilities.” Said President Kenyatta.

Nyayo stadium was built in 1983 by the leadership of the late President Daniel Toroitich Arap Moi.

Content created and supplied by: Mr254 (via Opera News )