Liverpool face atletico in the champions league today and the spanish champion have received a triple injury boost ahead of the game. Atletico Madrid are said to have receive positive news on a number of key players ahead of their clash with Liverpool today Tuesday. 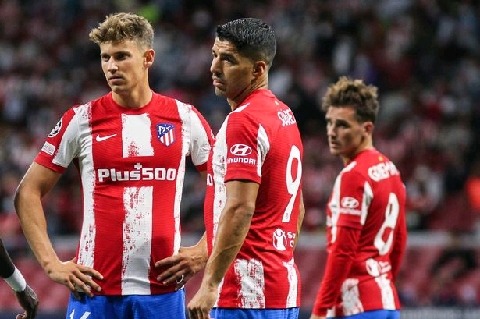 The reds will travel to the Wanda metropolitano for crucial champions league encounter, as they look to make it three wins from three games in the group stage after beating AC milan and Porto already. Atletico appears poisoned to be the reds most likely challenger to top the group, as they've haten four points from their meeting with the same sides so far.

While Liverpool have injury issues of their own to contend with, atletico appears poisoned to welcome some key men back into squad. According to Mundo Derportivo, star center back Jose Gimenez and midfield Dynamo Marcos Llorente booth took part in a full training session ahead of the game. There were doubt about the fitness of both players going into the contest and previously there were fears that manager Diego Simeone would have to field midfielder Geoffrey Kondogbia as an emergency center back.

Summer signing Mathew Cunha is also said to be available after recovering from a recent knock. A shortage at center back is something Liverpool know all about, as they were without Virgil Van Dijk, Jose Mario and joe Gomez for long spells of the previous campaign, meaning Fabinho and jordan Henderson often dropped back into defense from their midfield berths.

Van Dijk, Gomez and Mario are back to full fitness now though and the team is performing to a higher standard. Liverpool produced another impressive display in the premier league on Saturday, as they dispatched a luck Watford 5-0. The meeting with atletico is set to be assignment for Liverpool. Not only do the spanish champion have some key men available again, but they did not play in the laliga over the weekend, meaning they should be fresh for the visit of Jurgen Klopp's side.