The English Premier League has the top six teams which dominate the ranking of the teams with the highest number of fans. Remember the Premier League is the top most competitive league in the world. 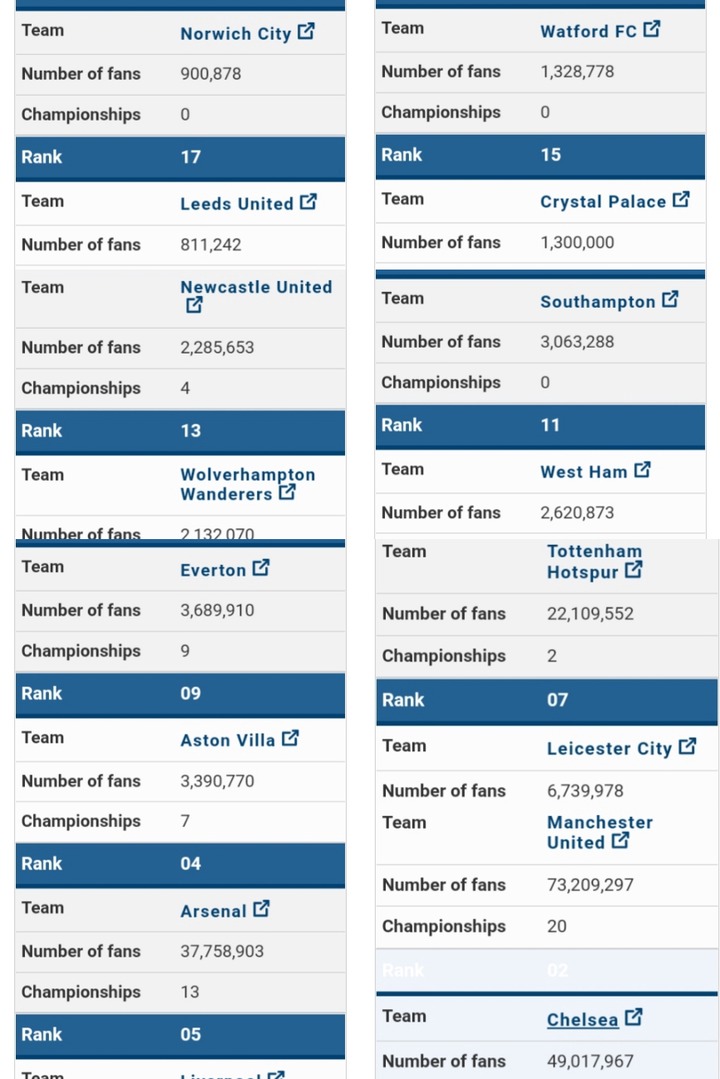 The league has the most top and valued players like Christiano Ronaldo and Romelu Lukaku. Some of the football clubs have the highest number of fans in the world.

After the exit of Sir Alex Ferguson, Manchester United has not won a Premier League title in a span of eight years. Chelsea Football Club holds the 2nd position, Manchester City takes home the 3rd position, Arsenal holds the 4th position, Liverpool is on the 5th position, and finally Tottenham Hotspurs sits on the 6th position.

According to Manchester City data, fans of this club started increasing after they started winning Premier League trophies. The other upcoming teams are Brighton & Hove Albion, Brentford, and Burnley. The listed above clubs have really shown their strength, as they are competing with the most popular clubs.

As time goes by, their number of fans incredibly increases in popularity. As per now, Chelsea Football Club is now leading the Premier League table. Both Brentford and Brighton & Hove Albion are in the top ten table. 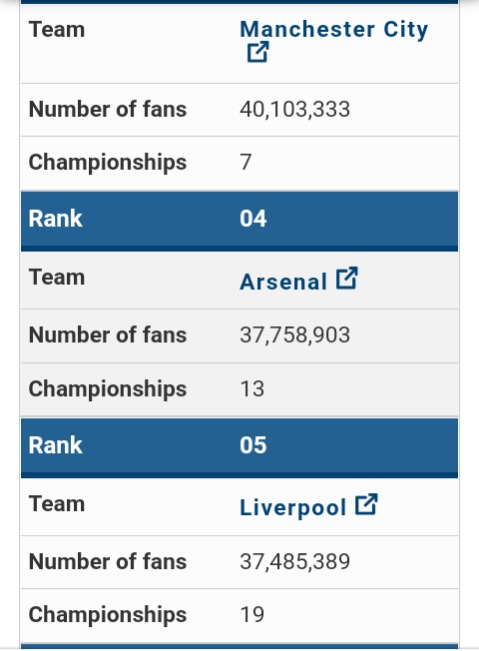 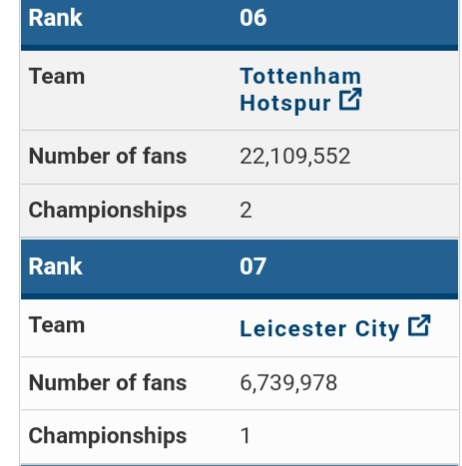 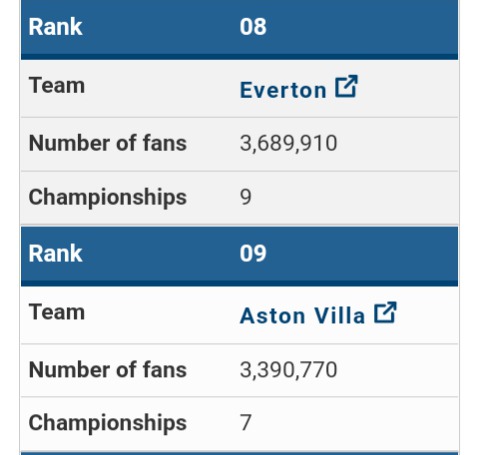 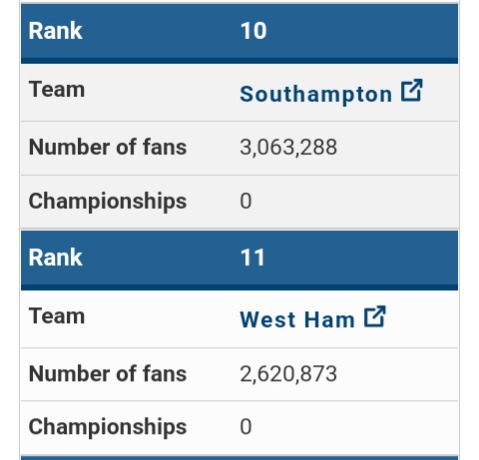 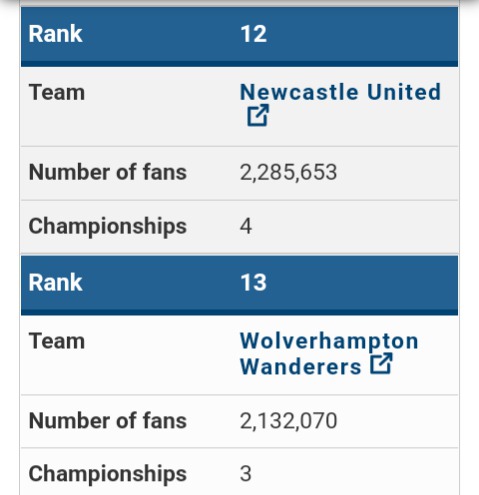 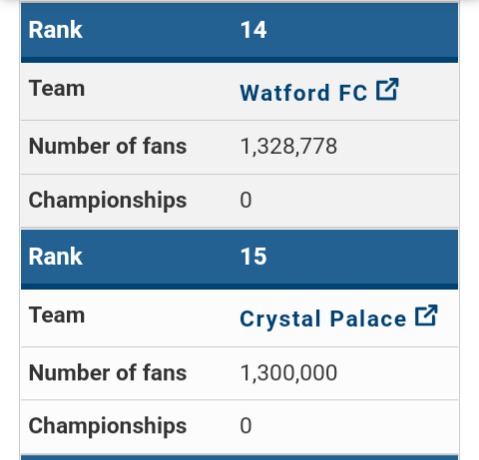 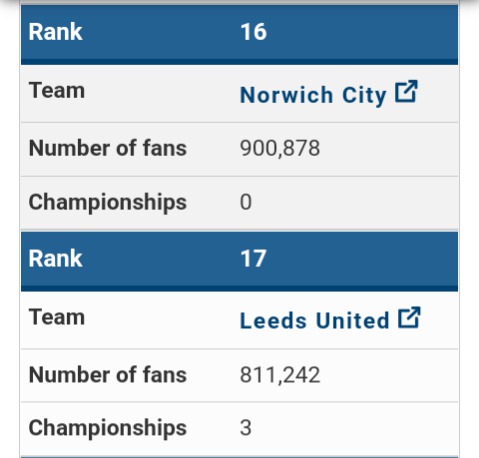