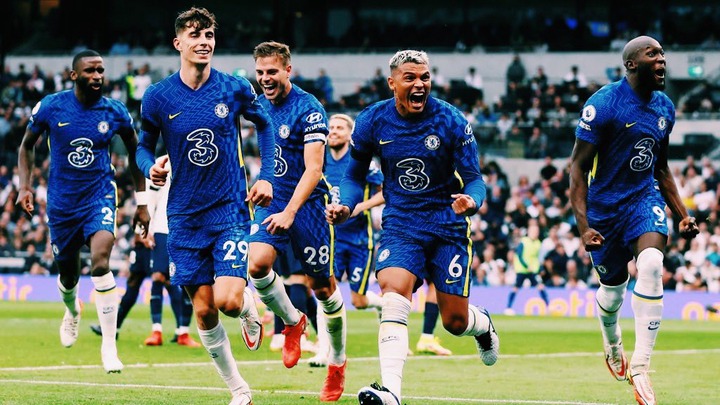 Chelsea players showed a world class performance with centre-back Thiago Silva, who not only scored the opening goal but nullified the threat of Son Heung-min and Harry kane.

Kante entered as a substitute who changed the entire game scoring his first goal this season. Defender Rudiger also scored.

Manchester United keeper David degea saved his first penalty since 2014 in the dying minutes of their game against Westham to award United three clear points.

After this stunning weekend Alan Shearer, the Premier League's all-time record goalscorer and Hall of Fame inductee, has included degea,Rudiger kante,Alonzo and Silver in his Matchweek 5 Team of the Week. The star didn't include any Liverpool,Manchester City or Arsenal player in his squad

Scored a stunning first goal for the club. He also helped Everton continue with their unbeaten streak since the start of the season.

Scored for Chelsea the first goal and kept Son at bay.

Defended well against Manchester City ensuring no goal is scored.

He produced a neat finish to score the third goal for the blues and played a key role to put another clean sheet.

Provided an assist for Silvar goal.

He helped Southampton restrict Man City to just one shot on target hence securing a point.

The best midfielder in the world was introduced at half-time and inspired Chelsea's victory with his energy in midfield scoring the second goal.

Scored twice against Norwich as secured a 3-1 victory

Toney got a goal and an assist against Wolves

Scored a great goal for Newcastle