"Saka is a Football Beast Should never Be Benched", Arsenal Fans React to their 1-1 Draw vs Benfica 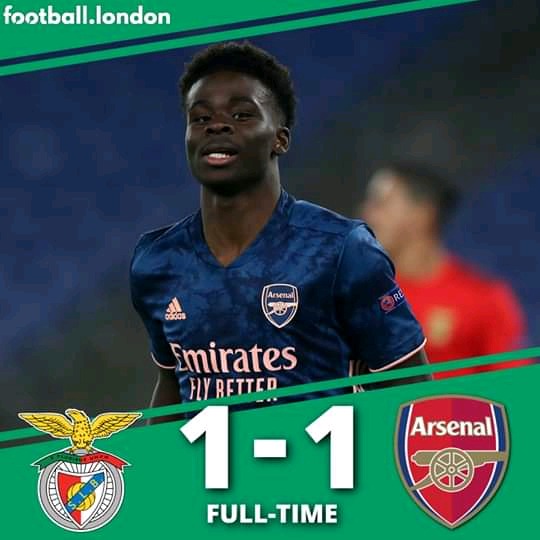 Arsenal struggled to keep a consistent winning form after they were held into a 1-1 draw by Benfica in UEFA Europa League. Benfica who like Arsenal had not lost any Europa league fixture in the group stage were solid in the defence as they contained Arsenal to a goalless draw in the first half. Pizzi converted a penalty in the 55th minute to put Benfica 1-0 ahead before Bukayo Saka combined with Cedric Soares after Martin Odegaard creative vision to equalize for Arsenal 2 minutes. Aubameyang failed to convert several chances, even new substitutes lead by Tierney, Pepe, Martinelli, El Neny & Willian were unable to score the winner hence Gunners held away 1-1 ahead of their return fixture at Emirates on Thursday. 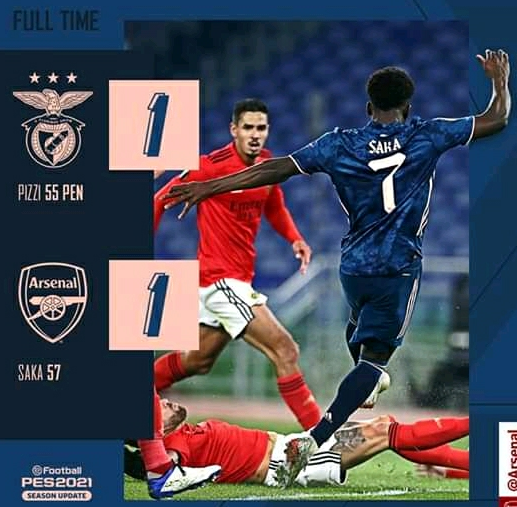 Bukayo Saka was named the manof the match following his splendid Performance which saw him equalize for Arsenal. Arsenal fans were happy with the Teenager performance & praised him as a Football beast who shoukd help them beat Manchester City up next in the Premier League. Bukayo Saka has made 71 appearances for Arsenal in all competitions & scored 11 goals & assisted other 21 goals while winning the FA Cup & Community Shield in 2020. 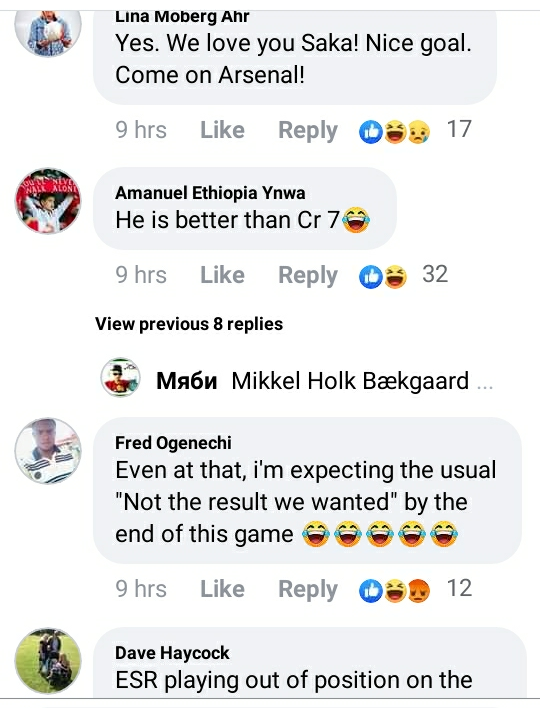 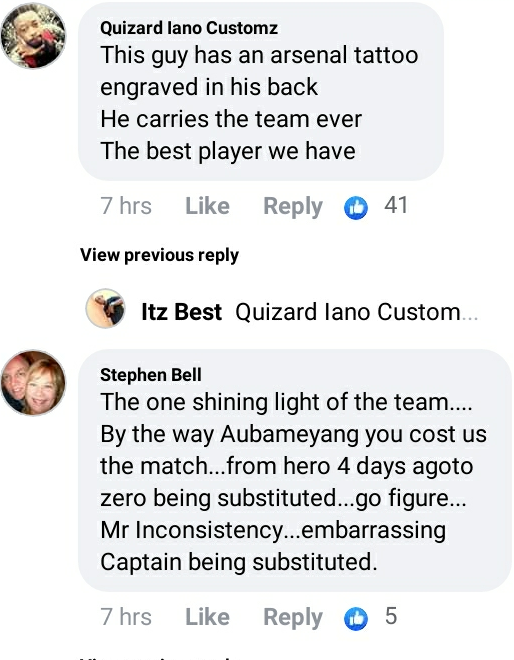 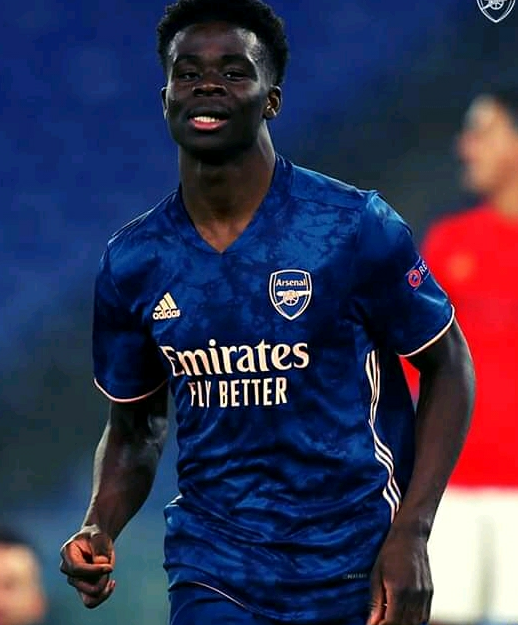 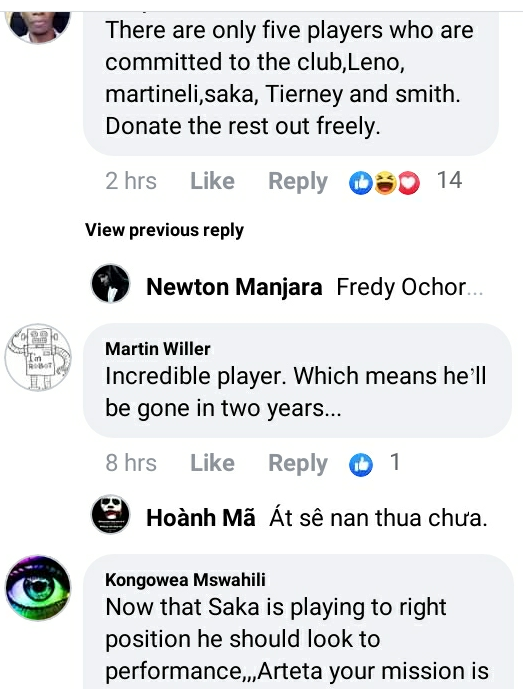 Ten Hag Lifts The Lid, Reveals The Main Reason He Left C. Ronaldo On The Bench Against Man City