By GossipZone (self meida writer) | 24 days

The top four English Premier League arch-rivals Chelsea and Leicester City found themselves in a 30-man scuffle after tensions mounted at the Stamford Bridge. The heated scrimmage began when Chelsea center back Antonio Rudiger pushed Ricardo Pereira who had been carded for a serious foul play against Ben Chilwell. 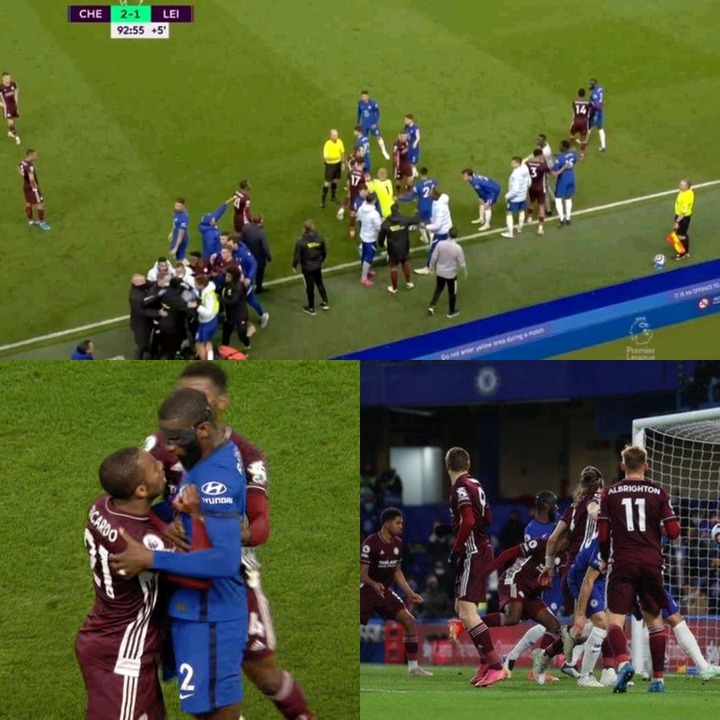 The players who were unable to hold back their fury began grabbing and pushing each other in the final minutes of a high voltage game at the Bridge. Leicester City players who saw Ricardo being grabbed by the German defender came to his rescue and tried to defend him against Rudiger who was just about to put his dissapointment into action. 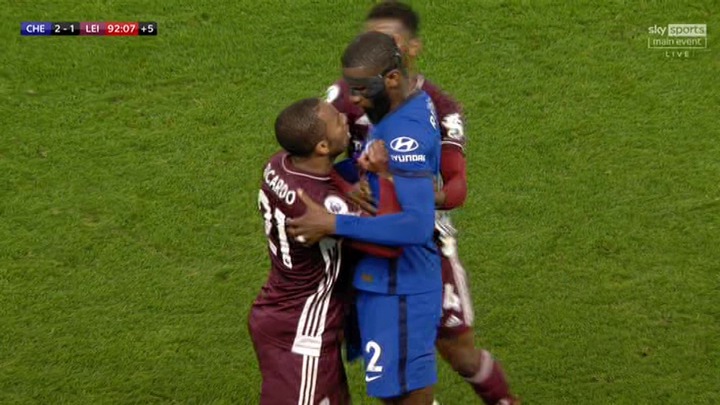 The situation forced players from both sides to join in to defend their respective teammates forcing the game to momentarily stop for some few minutes. In a post match interview, Leicester striker Kelechi Iheanacho lamented that Rudiger went aggressively on Ricardo Pereira and that's what catalysed the fight. 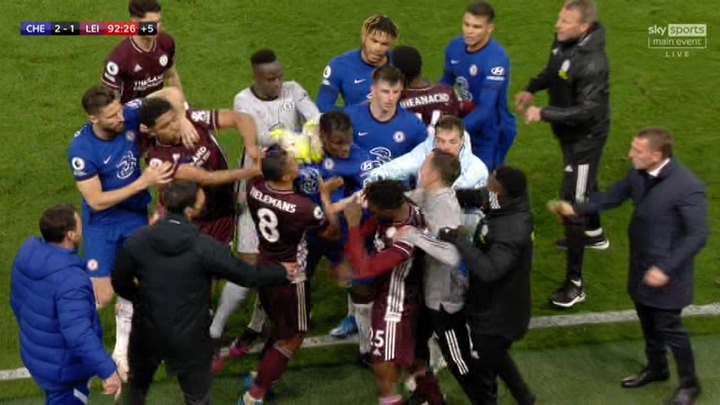 Chelsea managed to get their revenge on the FA Cup finals defeat at Wembley by beating the Foxes at Stamford Bridge. An early second half goal by Antonio Rudiger put the hosts infront at the 47th minute with the Foxes placed in a difficult situation to battle for an equaliser. Chelsea possessed most of the ball in both first second half with Leicester City forced to implement a counter attacking style of play. 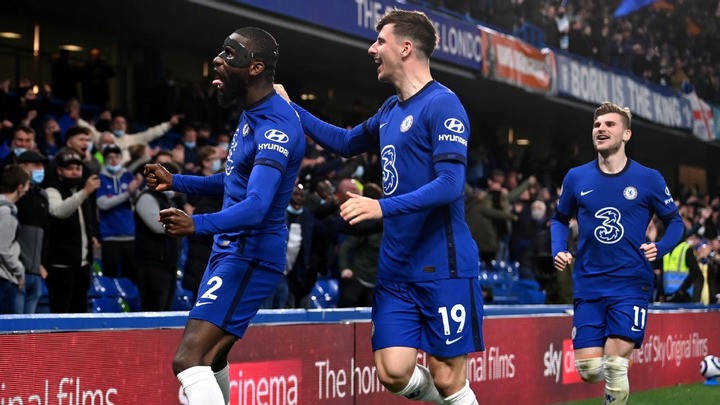 Chelsea defensive midfielder Joghino sealed the top four spot for Thomas Tuchel's side after Joginho smoothly converted a penalty at the 66th minute. However Kelechi Iheanacho, the Nigerian international pulled one back for the Foxes to give them the hope to keep pushing for an equaliser. 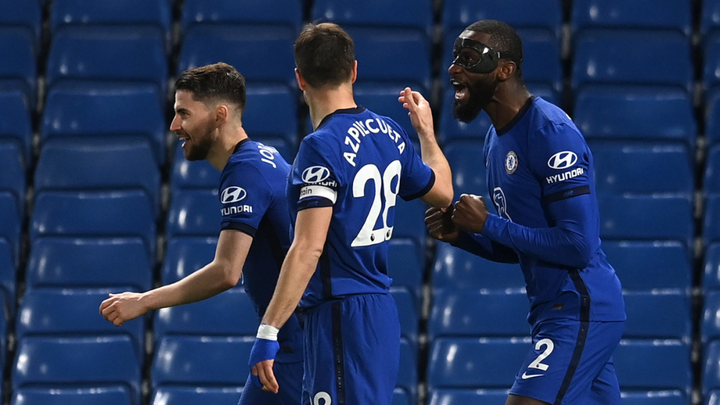 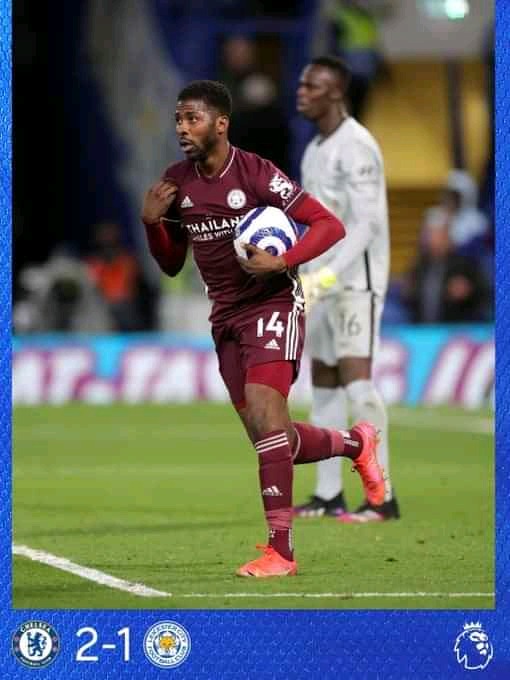 The game ended in a narrow 2-1 win in favour of Chelsea despite the two crucial first half goals that were cancelled by the Video Assistant Referee (VAR) due to offside. The win assured Chelsea of a Champions League spot come next season with the hosts currently at position three surpassing Leicester. The Foxes are still left with a big match against Tottenham Hotspur, the game will act as a determinant as to whether Brendan Rodgers' side will qualify for the Champions League or not. 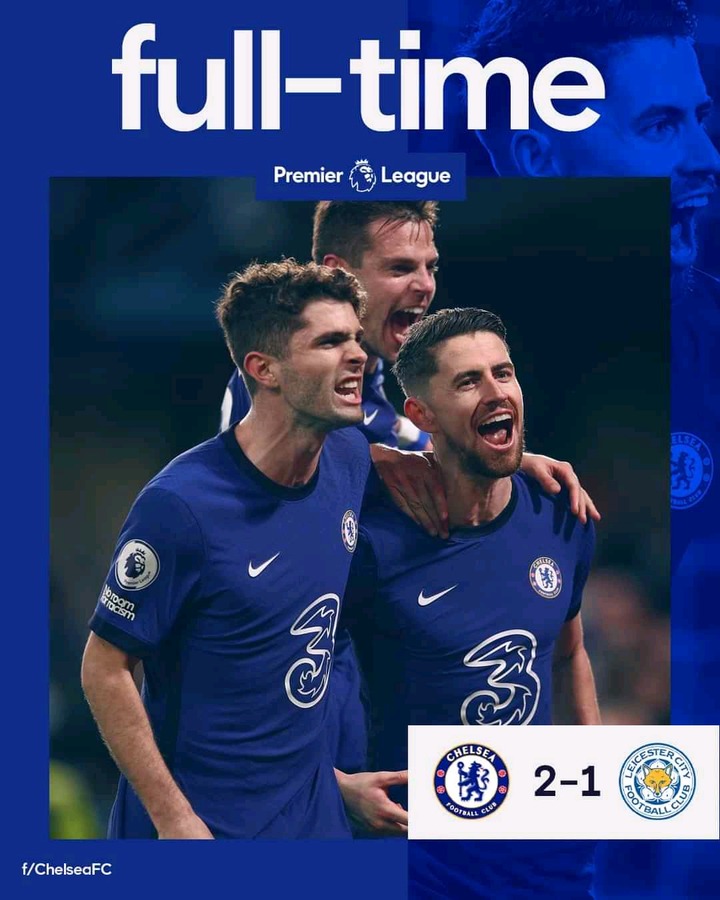 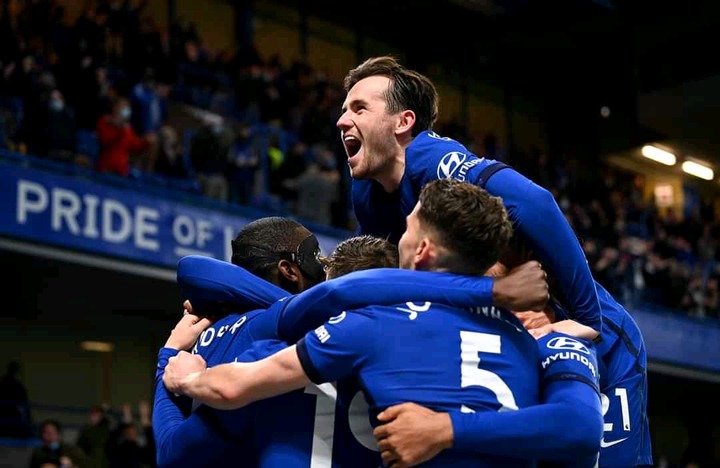 Both teams now face Football Association (FA) fines after failing to control their temper in a heated wrangle that saw coaches, the referee and a section of substitutes get involved. Both teams are guilty of gross misconduct and the FA will decide their fate. 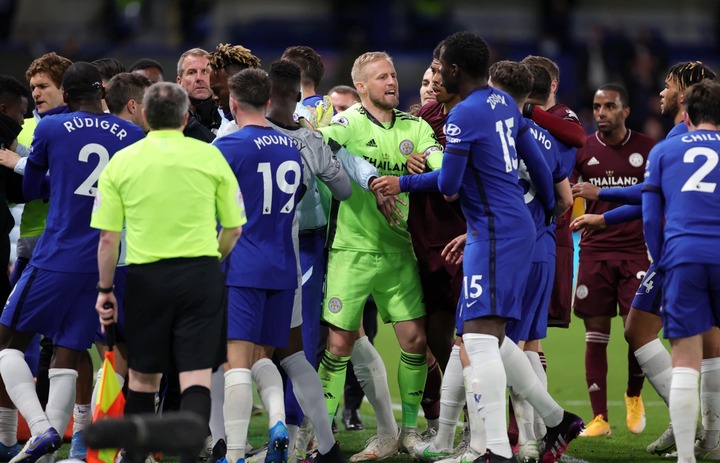 Despite the crucial win, Chelsea suffered a major blow as they near the Champions League finals after French Midfielder Ngolo Kante was subbed due to injury. The Blues will battle it out with Manchester City in the Uefa Champions League finals on 29th May, the game will be held in Portugal with a section of fans from both teams planning to attend. 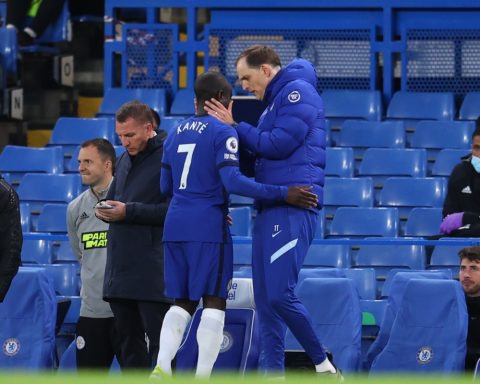 Content created and supplied by: GossipZone (via Opera News )