Revealed| Messi's left leg is worth 10 times more than Ronaldo's both legs and face.

By Nightless (self media writer) | 2 months ago

Messi and Ronaldo are arch rivals and the debate as to who between the two is a better player is the argument that has hit the masses for the last two decades. 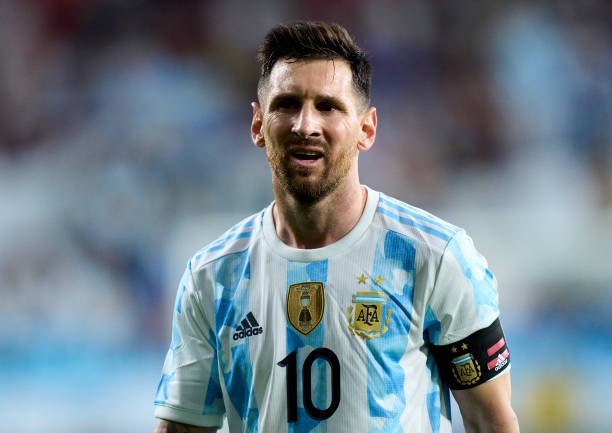 Their fans are willing to throw tantrums and bully each other on social media every time the argument on who's the best arises. With Messi having 7 Ballon Dor two more than Ronaldo who currently has five most believe the prior is the best out of two.

But Ronaldo hold the record for most international goal and UEFA Champions goals making him a tough contender. 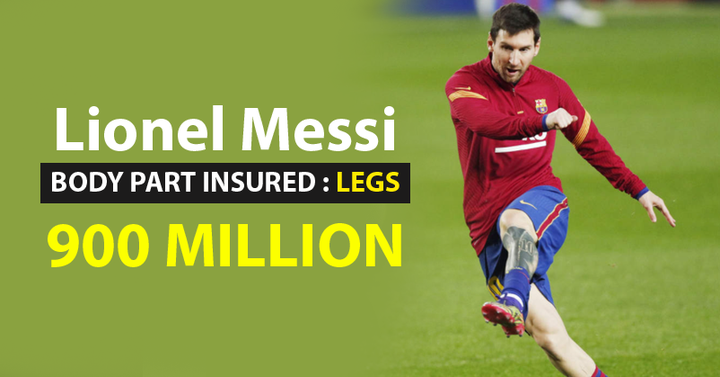 So what separates between the two when it comes to value. A recent revelation by Talk Sport has noted that Lionel Messi's left leg is insured 10 times more than Ronaldo's both feet and face. In the report Messi's leg is valued at 900 million dollars compared to Ronaldo's face and legs which stands at 90 million dollars. 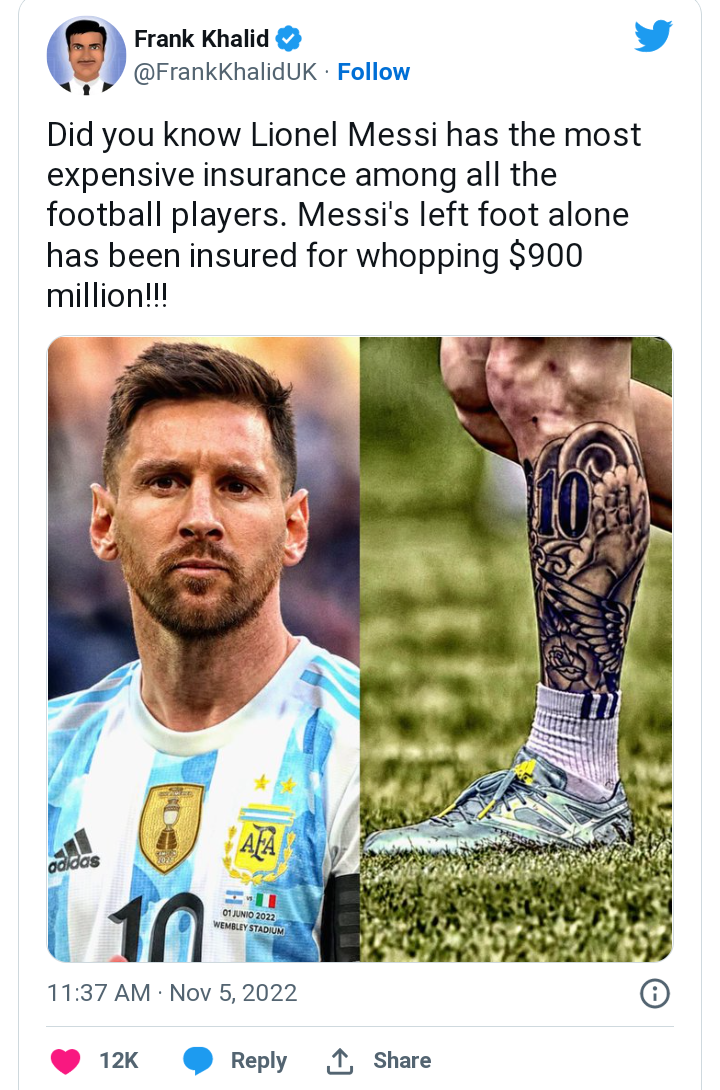 Messi's left leg is celebrated to scoring more than 600 goals out of the 700 the Argentine has netted in his career. 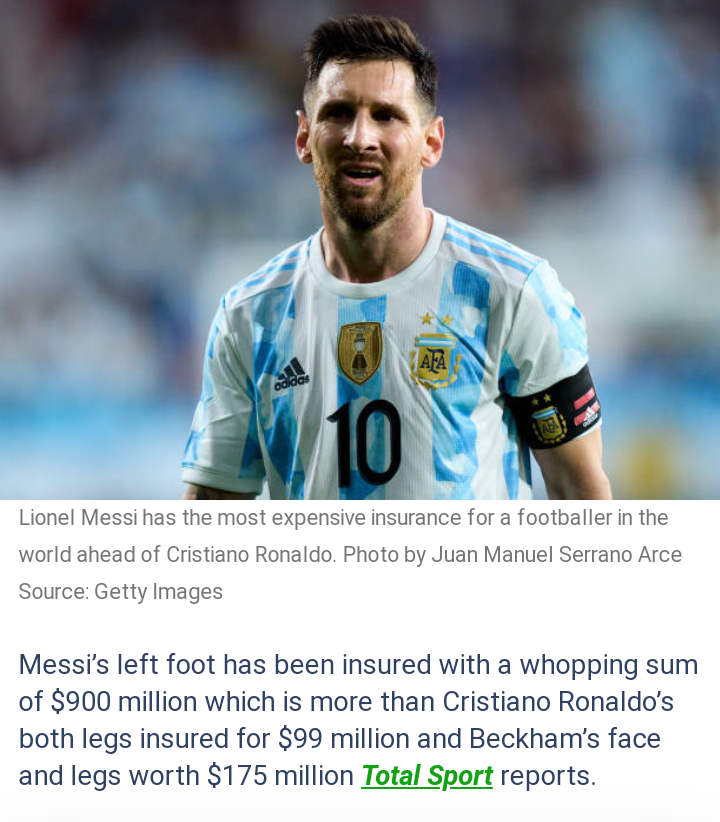 Now with this two valuations, who is your best player?

Content created and supplied by: Nightless (via Opera News )