By HeraldKing (self meida writer) | 10 days 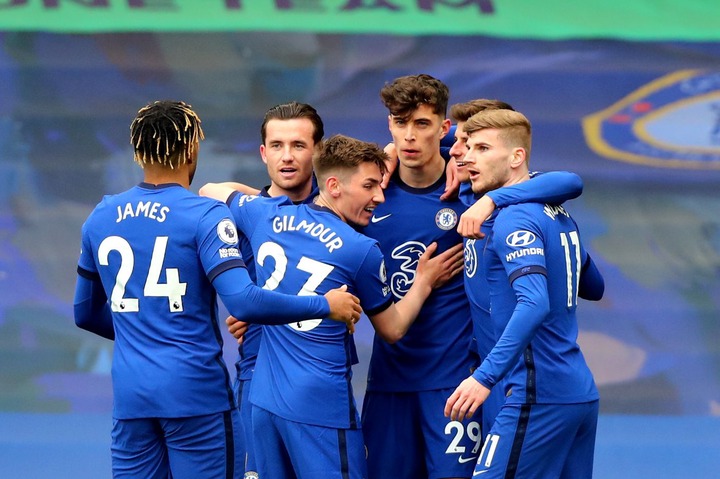 Chelsea maintained a top four slot in the English Premier League after downing relegation threatened Fulham 2-0 at Stamford Bridge. Kai Havertz was the heroes of the match netting once in each half to open a six point gap between Chelsea and fifth-placed West Ham United who face Burnley on Monday.

Havertz put the Blues ahead ten minutes from the start after he was put through by Mason Mount before challenging Fulham defense for the opener. This however came amid Fulham having had full control of the game from the start, registering two corner kicks in the first four minutes with numerous shots way above the hosts.

Chelsea would have doubled the lead in the 18th minute but Kai Havertz's efforts were ruled offside by match referee Kevin Friend. Hakim Ziyech had a golden opportunity to make it 2-0 in the 39th minute but his touch was superbly saved by the goalkeeper. Mendy pulled out a magnificent save in the added minute of first half, denying Ola Aina from a rebound.

Four minutes after resumption, Timo Werner found his fellow countryman inside the box who couldn't hesitate but score his second of the day. Kevin Friend had to check the pitchside VAR for a possible offside in the build up but the goal stood. Chelsea is now comfortably sitting 4th with 61 points, West Ham are 5th with 55 points having a match in hand against Burnley at Turf Moor on Monday night. Leicester City are only two points above Chelsea, sitting third on the log. 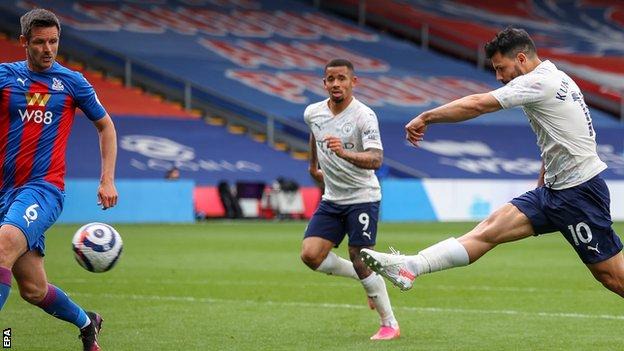 Kun Aguero scored his 258th goal for Manchester City as his side won 2-0 over Crystal Palace at Selhurst Park. Image courtesy

Manchester City could emerge EPL 2020-2021 winners tomorrow should Manchester United lose to Liverpool at Old Trafford. City pulled a 2-0 win over Crystal Palace in the away early kickoff. Second half goals from Sergio Kun Aguero and Ferran Torres moved the League Cup holders to 80 points.

United trail City by 13 points and a loss for Ole Gunnar Solsajaer will leave his side behind by 13 points with 4 matches remaining to wrap up the season. Liverpool are playing tooth and nail to finish top four so that they can participate in the Champions League next season.

For United, their hopes of winning the title are dim but they are assured of Champions League position as it stands. The Red Devils are also participating in the Europa League competition having humiliated AS Roma 6-2 on Thursday and will be traveling to Italy for the return fixture of the semifinal.

Confirmed, Manchester United Coach to Leave Club at The End of the Season