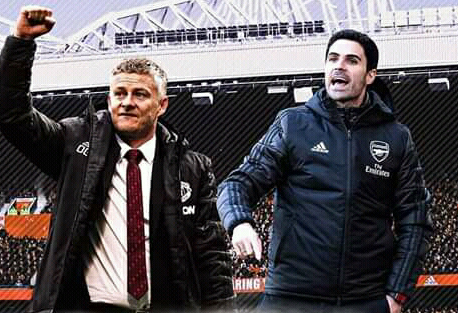 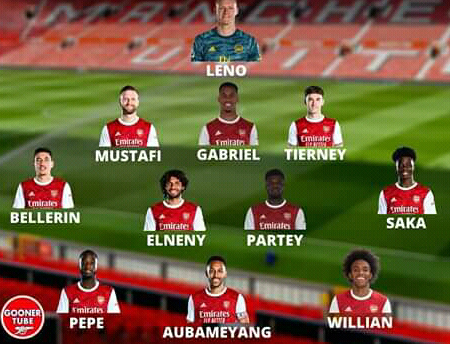 Arsenal Manager Mikael Arteta Rested Key players during their previous Europa league fixture against Dundalk at Emirates Stadium were the Gunners won 3-0 at Full-time. Arteta has named Leno to start as Goalkeeper with Mustafi, Tierney and Gabriel coming in as central defenders. Arsenal Manager has decided to use a 3-4-3 formation where Bellerin and Saka will play in the wings as Partey and Xhaka play in the central midfield. Captain Aubameyang, Pepe and Willian will be partnering in the forward as Lacazete, Ceballos, Saliba, El Neny and Nkeitah start in bench. Aubameyang has not scored in his last 5 league games as nearly all top Arsenal defenders are missing due to injuries including Luiz, Rob Holding, Pablo Mari and Chambers. 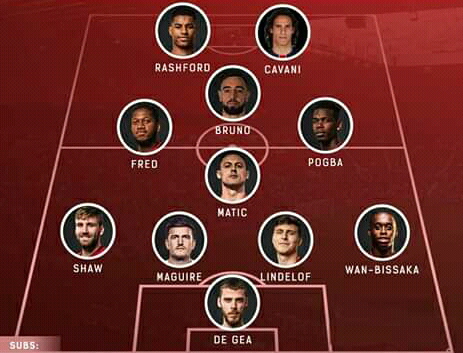 Manchester United manager Ole Gunnar Solskjear is expected to rotate several players with Key stars who were ommitted in their previous Champions League fixture against RB Leipzig ready to start. David De Gea will start as Goalkeeper covered by 4 defenders whom include Maguire, Lindelof, Wan Bissaka and Shaw. Solskjear has reversed back to his favourite formation of 4-4-2 where Fred, Matic, Pogba and Fernandez will start as midfielders while Marcus Rashford will partner with Edinson Cavani to deliver goals for Manchester United. Manchester United will be missing new signing Alex Telles after he tested positive to Corona Virus and Lingard, Baily (all injured) with Martial serving his red card burn.