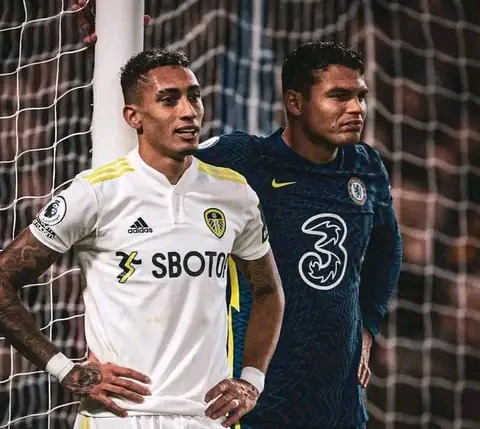 Arsenal has had a busy transfer window since transfer market was opened at the beginning of this month. They have already confirmed the signing of the Portuguese midfielder Fabio Viera from FC Porto, marquinhoes from santos Brazil and most recently they confirmed fee agreement for Manchester City striker Gabriel Jesus. Gabriel Jesus had his medical at the arsenal training center today.

Apart from all those incomings, Arsenal have managed to tie down striker Eddie Nkeitah to a new contract. They have also lost the service of the club captain Aleksandria Lacazette to Lyon.

Arsenal were also in the race to sign Leeds United winger Rafinnha, it was reported that Arsenal had a direct contact with the player's agent last night. It has now been reported by Fabrizio that Chelsea enter the race for the player late this evening and they have now agreed with Leeds United for the sale of the Brazilian.

Rafinnha who is represented by Deco who is a legend of both Chelsea and Barcelona had offered the player to Barcelona but Barcelona currently doesn't have enough money to buy other players. Chelsea took advantage of their relationship with his agent and submitted a bid for the player which has since been accepted by Leeds. 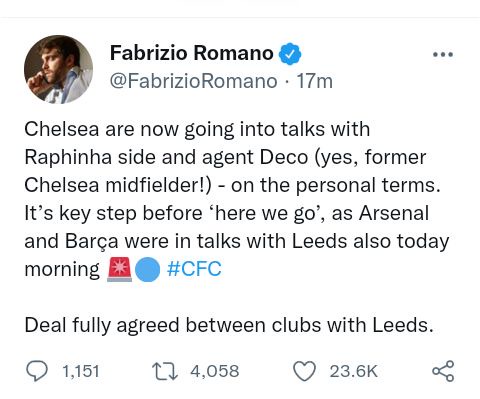 Official;Manchester Winger Leaves Etihad And Now At Portugal To Undergo Medical Tests Amid His Move.

Jubilation At Old Trafford As Man Utd Are Set To Welcome "Talented Midfielder" At The Club.