What led to the death of super fan of Harambee stars.

By LazarusNyakanga (self media writer) | 6 months ago 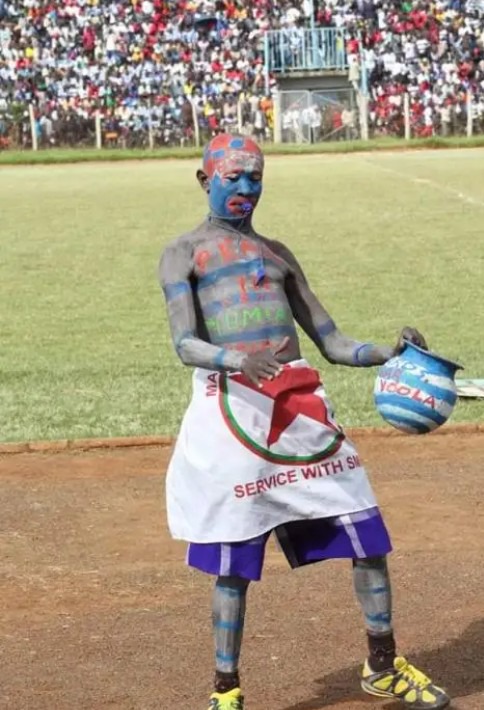 Kenyans woke up to the sad news of the passing of Isaac Juma, a football enthusiast and Harambee Stars superfan, who was hacked to death yesterday night over a land dispute.

His family is now crying for justice as it reveals his last moments before he met his untimely death.

According to his wife Farida Juma, who spoke to the media at their Mumias home, the family was in the house having dinner when they heard noises from the animal shed.

Out of curiosity, Juma went out to find out why his animals were making noise at night only to be met by assailants who were waiting for him next to a tree in the family compound.

“He had the sheep crying outside and decided to go and check on them. He opened the door and walked out and I heard noises, someone yelled.”

“I got out of the house and found one of the men butchering him.

“The assailants then fled leaving him fighting for his life,” Farida stated.

According to the police, Juma’s brother and son rushed out when they heard the commotion, only to find him lying in a pool of blood.

Family members and close friends claimed that the late Juma had reported to the police that some people were threatening his life.

Farida claimed that a close relative of Juma wanted him dead over a land dispute.

Juma had also told the press last year that one of his close family members wanted to grab his two-acre parcel of land.

What Musyoka IEBC PO From Embakasi Told His Pastor Before Being Found Dead InKajiando, Kenyans React

Painful As Man Kills Father Of Two In Cold Blood Over Ksh 50 Before Fleeing In Nyamira.