Elon Musk Planning to Buy Manchester United from The Glazers

GOOD NEWS AFTER SO MUCH WORSE.

A moment of optimism and happiness to all Manchester United fans after a slow start of the season. 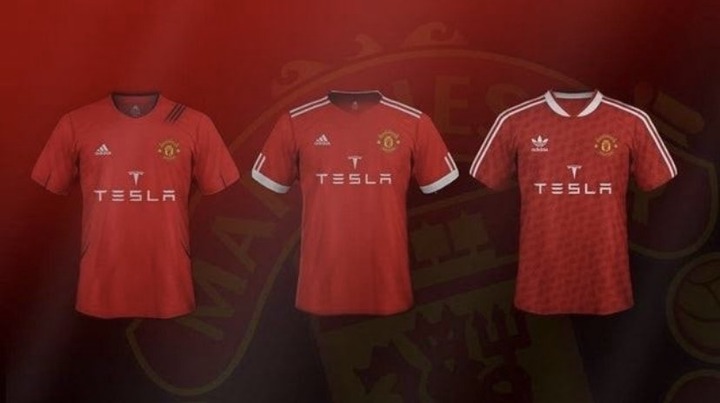 United have been having problems registering new players with their number one choice on the shortlist, Frenkie De Jong not yet signed. Even after getting a new coach, things haven't been going their way after the pre season tour. After two games, they haven't found the back of the net and have conceded 6 goals being their worst record in a new season for over 20 years.

There have been rumors around United targets, with the latest being Zeyech, Casemiro, Pulisic and Cristiano Ronaldo situation being tough due to his attitude. 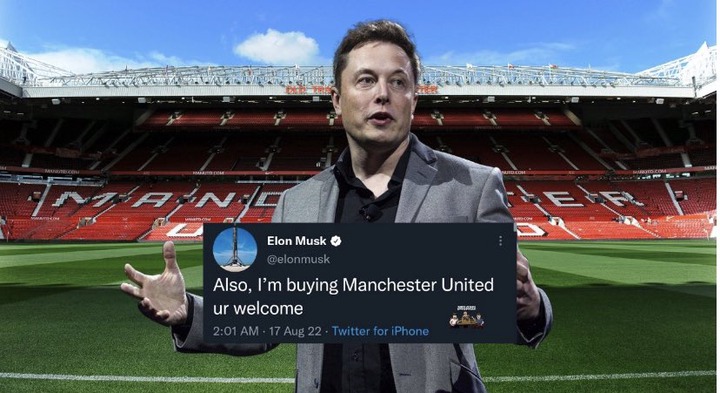 Earlier today, the World's most richest man, Elon Musk, and the brand owner of Tesla, wrote on twitter that he will be buying Manchester United amid tension from the fans who are planning to boycott the Liverpool match to sound as a warning to THE GLAZERS. The issue is, it's hard to believe if Elon Musk is saying the truth or just bluffing. After the tweet got some serious engagements, Elon Musk later tweeted that he was jocking and made it clear that, if he was to buy a football club, it would be Manchester United because it's his childhood favorite club. 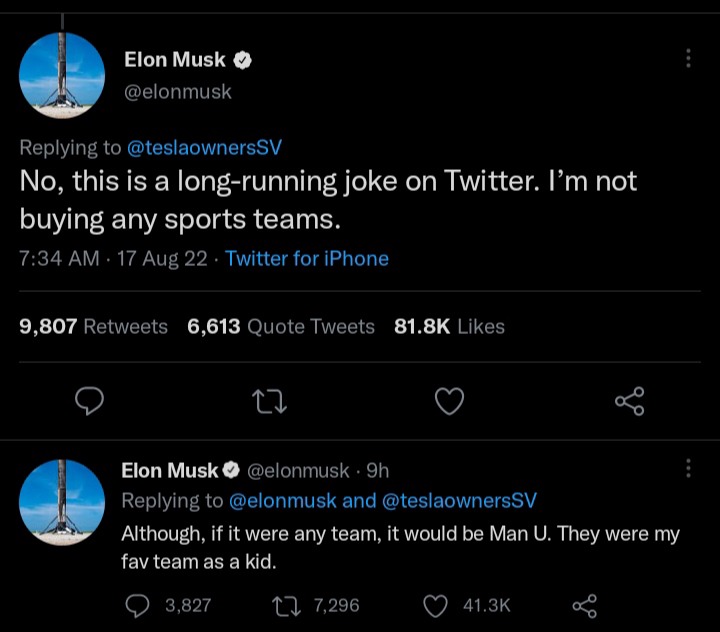 With all that said, what's your take on Elon Musk buying Manchester United? Do you think there's a possibility of that happening? Lemme get your comments on this story

Content created and supplied by: Emmah2944 (via Opera News )

Why Mushrooms Are Extremely Good For Your Overall Health

Daylight Robbery as Man Loses Sh.1.5 Million To Armed Robbers Moments After Withdrawing From a Bank

NEWS JUST IN: Former President Uhuru to Fly Out of The Country in First Official State Assignment

Is Chromebook Good For Gaming