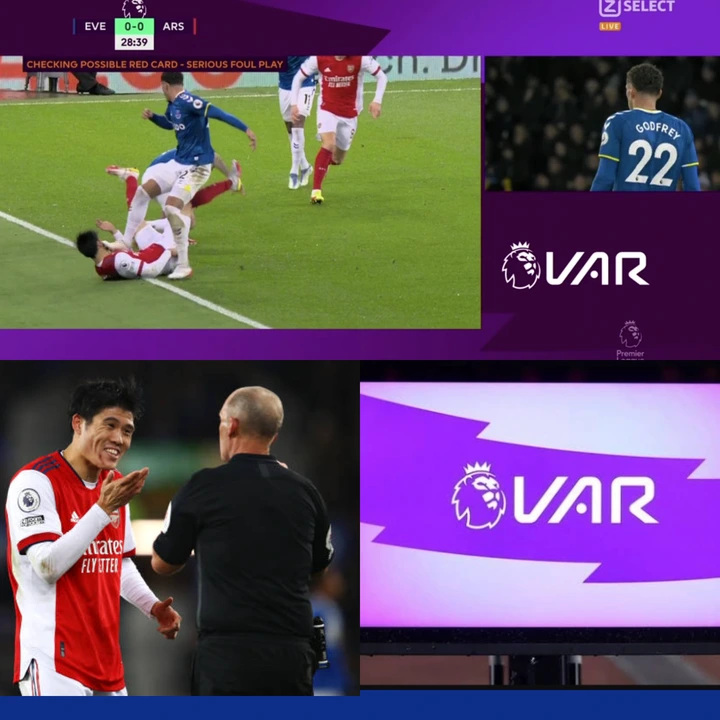 Following yesterday's league fixture between Arsenal and Everton at the Goodison Park, there emerged a decision which was wrongly made by the video assistant referee, that had to be looked into.

The match was decently started, as both teams were busy seeking the opening goal in the first half of the match, when Everton's left back, Ben Godfrey went too far, as he stepped on Takehiro Tomiyasu's face.

When Ben Godfrey didn't get the ball off Takehiro Tomiyasu, he stepped on his face leaving boot marks on his face. However, the video assistant referee intervened and didn't gave Godfrey the red card but instead, he justified that, the act was just accidental. A foul should have been given in the end, but the referee just let the play go on.

In most cases, that would have been a foul and a yellow card, but the matter of fact is that, the referee never knew what happened untill the video assistant referee called him for a review.

Over a couple of years, players have been sent off for raising their boots high, above their opponent's head although it might be an accident but they'll still be shown the red card for such an act. In this case, Ben Godfrey should have been sent off as well, for his unsportsmanlike act on Takehiro Tomiyasu. 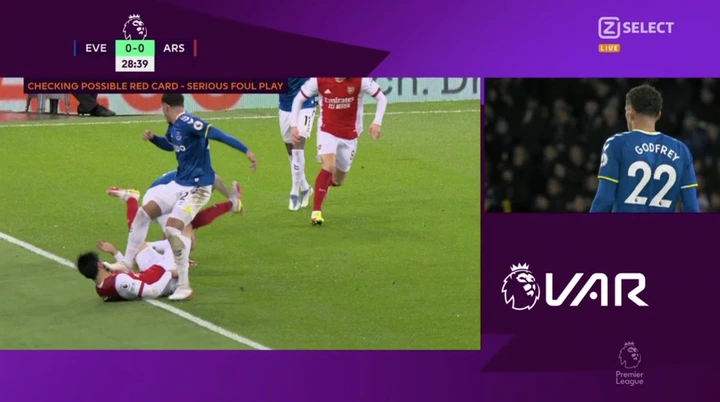 Remember that, not all fouls are deliberate, but there are some unintentional fouls that will make the receiver suffer horrific injuries, but in the recent Premier League matches, both the video assistant referee and the referee haven't been giving the right response to certain fouls but we can't change things, they're the final decision makers in the pitch. 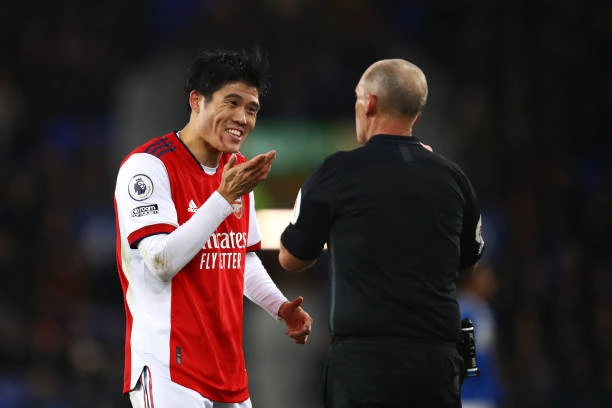