"He Is Our Best Player, Never Bench Him Again" Arsenal Fans Praise Star After Good Performance

By ModernRogue (self media writer) | 28 days ago

Arsenal played Tottenham Hotspurs on Sunday evening. The match which was officiated by Craig Pawson was played at the Emirates Stadium.

Many football fans expected Spurs to get an easy win. However, Arsenal proved to be a difficult team to beat.

Mikel Arteta lined up with a 4-2-3-1 formation. Aaron Ramsdale was the goalkeeper. Tomiyasu, Ben White, Gabriel and Tierney were the four defenders who started. Thomas Partey and Granit Xhaka started as the two defensive midfielders with Bukayo Saka, Martin Odegaard and Smith Rowe playing just in front of them. Aubameyang was the lone striker. 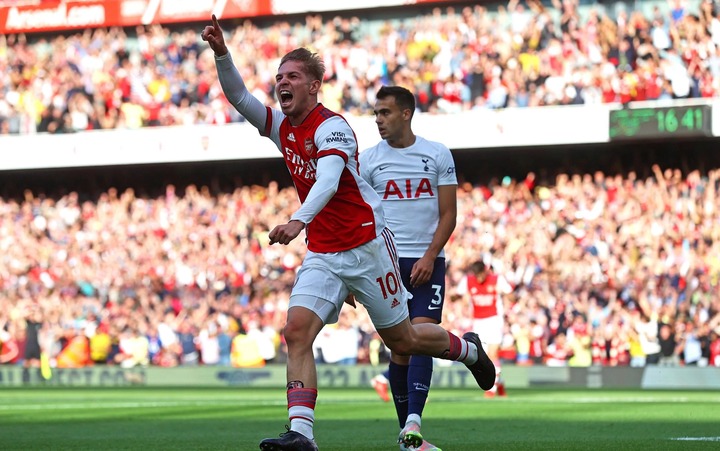 Arsenal started the game well and it was definite that they were going to win the match from the first minute. They possessed well and were quick to regain possession whenever they lost the ball to Tottenham.

Arsenal were lucky enough as Smith Rowe scored a goal in the opening minutes. Aubameyang doubled the lead some few minutes later before Saka added the third. 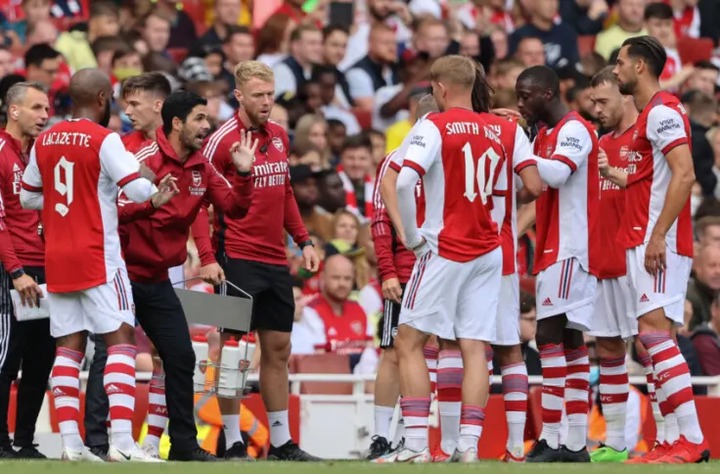 Arsenal fans were impresses by Bukayo Saka. He scored and assisted in the same game. He also kept on bringing good balls to Tottenham's box. See reactions from fans about Saka down below. 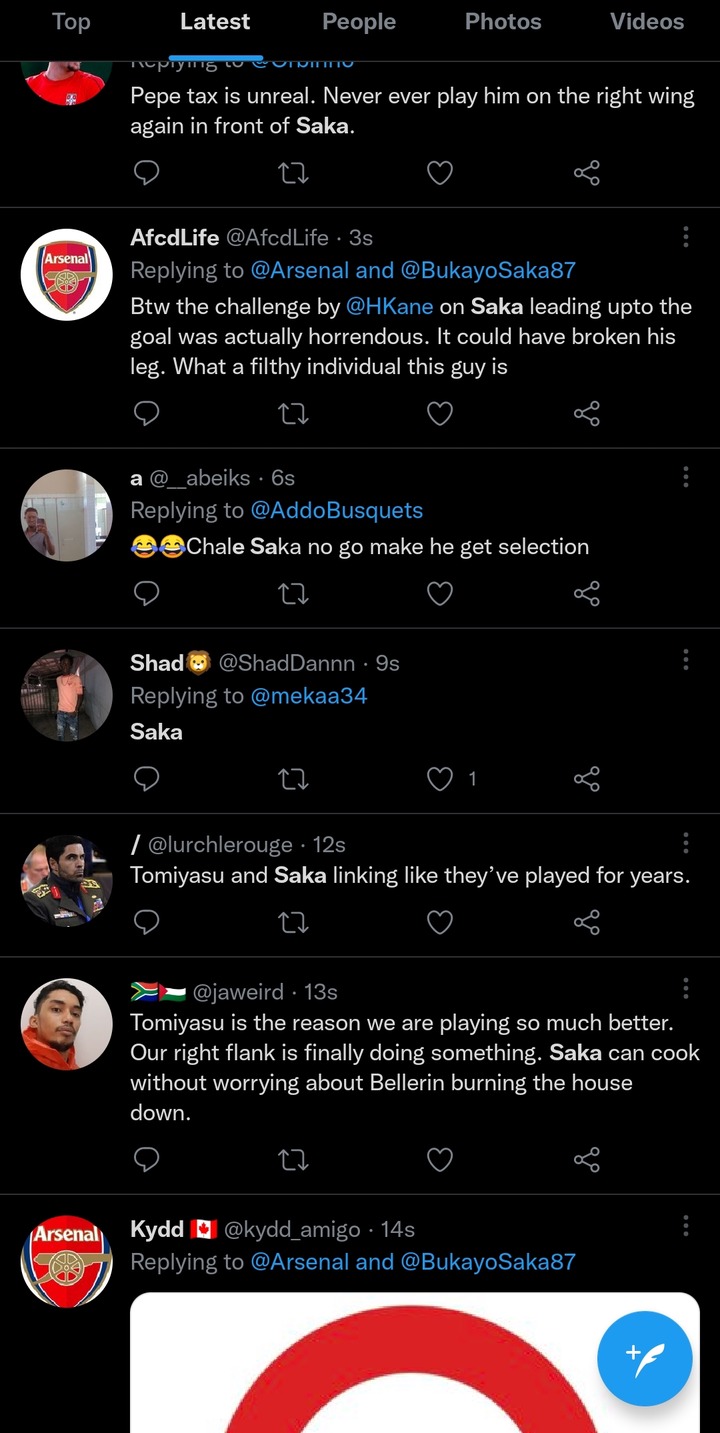