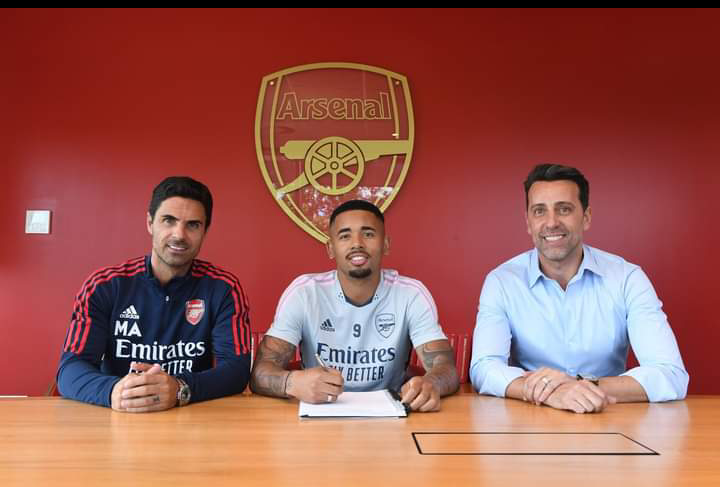 The long awaited day for the Gunners family, eventually clocked as the club officially announced the Signing of Brazil international Gabriel Jesus from premier league champions, Manchester City today. Gabriel Jesus will wear jersey number 9, previously worn by Lacazette before his contract with the North Londoners expired earlier this summer.

"I’m so happy to sign for this big club. Since day one when I knew I could come to play for Arsenal, I was happy. I know the staff, I know some players, the Brazilian ones. I know there are a lot of top players," said Gabriel Jesus.

Before signing to become the successor of Unai Emery at Arsenal, Mikel worked at Manchester City as Pep's assistant where he developed his rapport with Gabriel Jesus. This, according to Gabriel Jesus, was one of the key factors that accelerated his Signing for Arsenal as he views Mikel a very intelligent coach and as a manager who is willing to help out his players.

Meanwhile, Arsenal football club will be heading to a 4-days training camp at adidas headquarters in Germany. Reports reveal that the training starts today and it is expected that the latest signing has also flew with the entire squad to Herzogenaurach before their next preseason match. 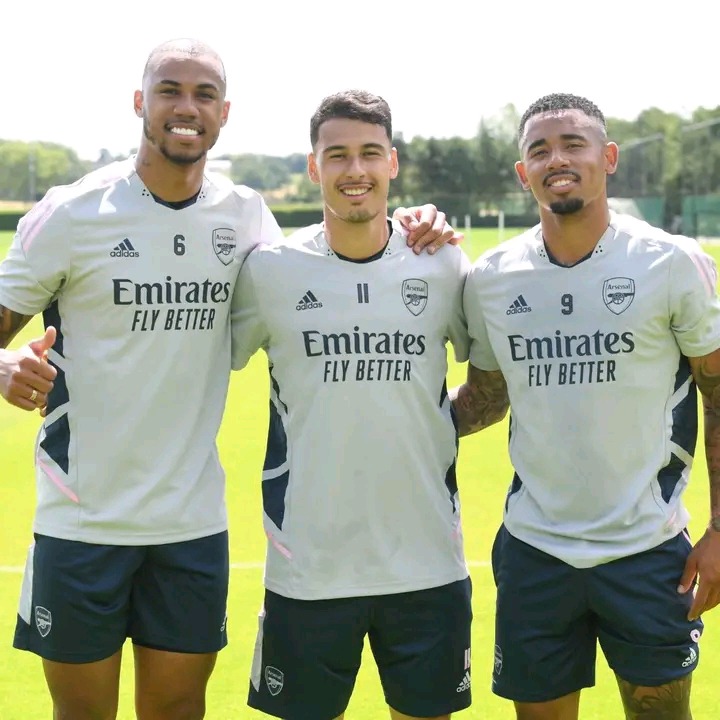 Additionally, Mikel Arteta is reportedly battling against Erik Ten Haag for Argentinian and Ajax center back Lisandro Martinez. According to reports by the popular Italian Journalist Fabrizio Romano, the player values a move to the premier league and would not hesitate accepting moving to either Manchester United or Arsenal. However, the player likes the project that Mikel Arteta is executing at the club and this can be an added advantage to the Gunners.