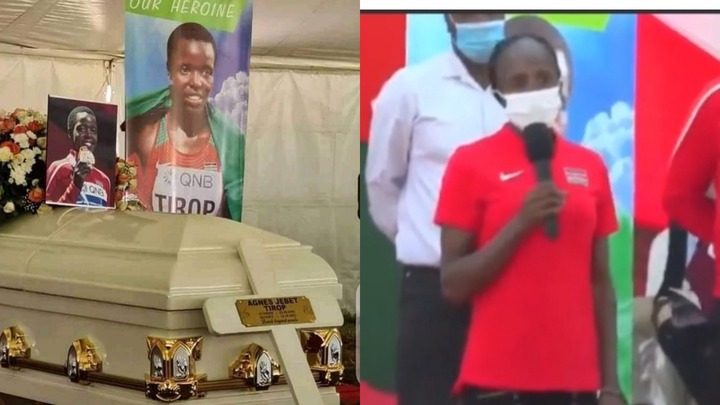 The Olympics champion, Sergeant Obiri was moved into tears while eulogising olympian Agnes Tirop. She shed tears as her colleague and friend was being laid to rest at her parents' home in Nandi County. She couldn't bear the pain of losing a close associate whom she says was a fast rising star and a motivation to many young athletes.

Hundreds of residents arrived at her home to eulogize with the bereaved family of Agnes. The former world athletics champion is to be laid to rest amid messages against gender-based violence. In the ceremony were her fellow athletes and officials from Athletics Kenya who played a major role in the arrangement of her send off. 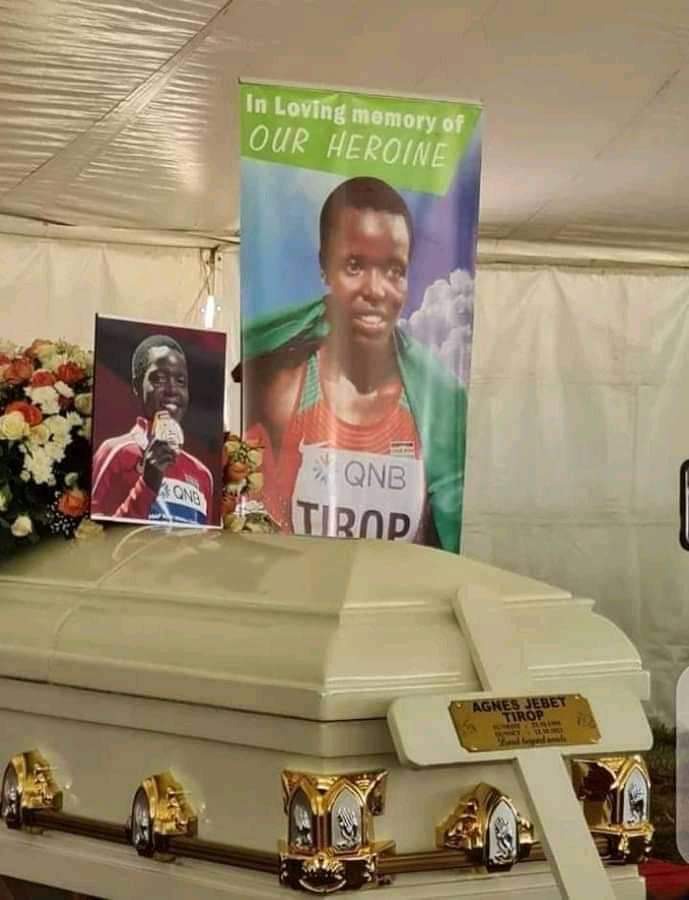 The burial happens to be on her birthday. Today, Agnes would have been celebrating her 26th birthday. The bereaved family which is still struggling to come to terms with her death said that her death has left a large gap that will never be filled by anyone in the family.

Tirop had five siblings whom she had come to pay their fees the fateful day she lost her life in the hands of her said husband who later confessed to have murdered her. The body of Agnes arrived at to her parents home in Nandi County yesterday ahead of her burial.

Tirop was found dead on Wednesday last week inside her house. Four suspects, including her husband and coach were arrested in connection with gruesome murder after which the husband confessed to have killed her. 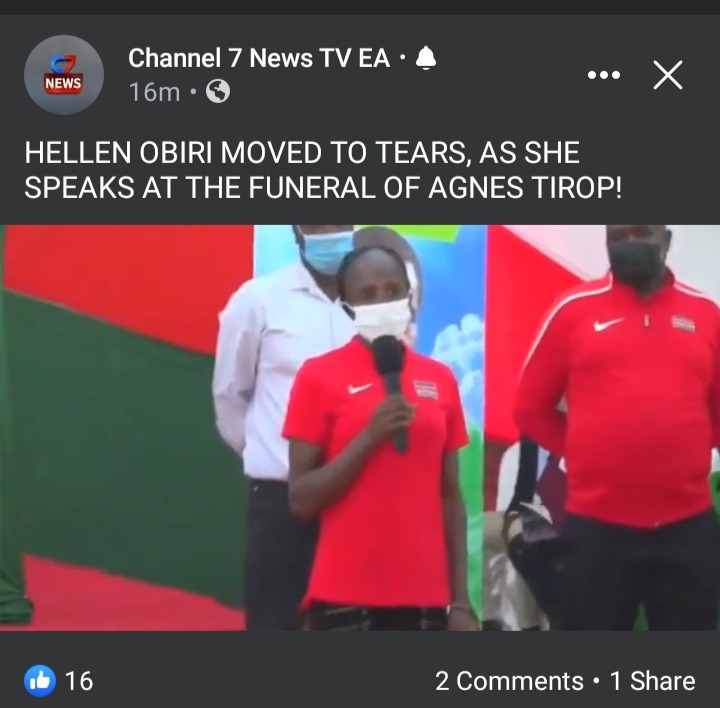