Revealed: What Cristiano Agreed To Do In Order To Seal A Quick Return To Manchester United

By Hellenic (self meida writer) | 23 days 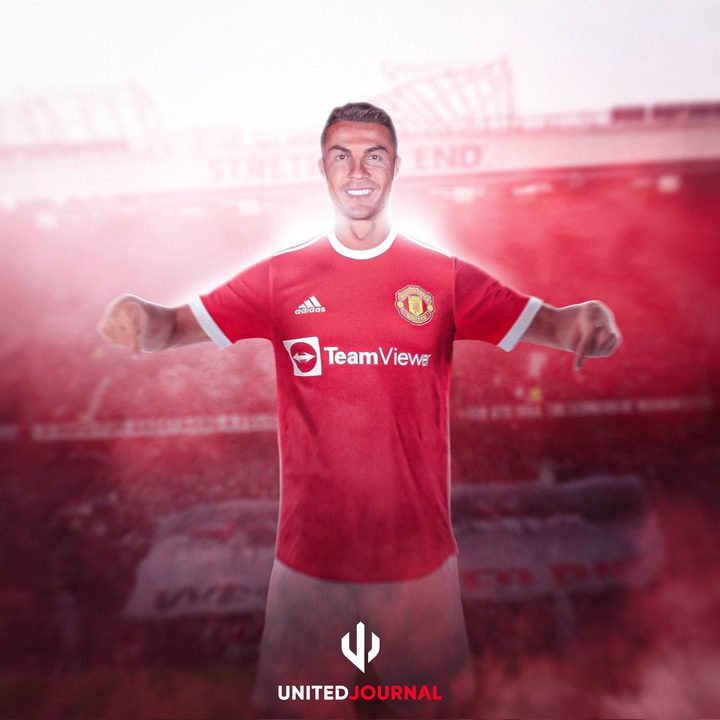 The 36 years old world class player was strongly linked to Manchester City before Manchester United hijacked the move and completed the £20 million move.

Manchester United board was pressured by Sir Alex Ferguson to get the player back, but Cristiano Ronaldo agreed to do one thing so as to secure his return to the club. 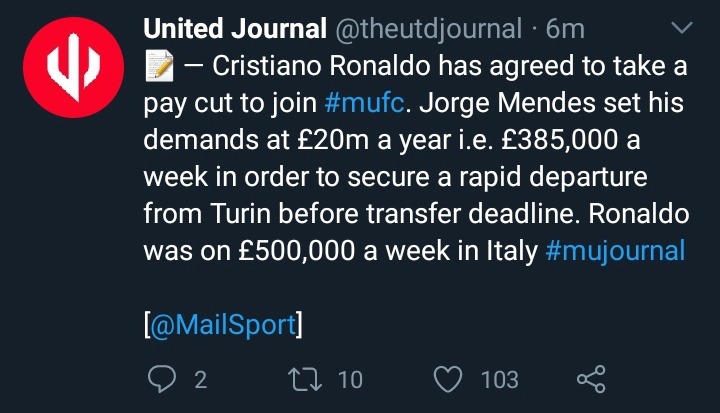 According to reliable Manchester United journalist Samuel Luckhurst, Cristiano Ronaldo agreed to take a significant pay cut in order to secure the move.

It is reported that Ronaldo agreed to take less than the £500K he used to earn at Juventus so as his United move could be completed swiftly.

The reporter wrote: "Cristiano Ronaldo has agreed to take a pay cut to join #mufc. Jorge Mendes set his demands at £20m a year i.e. £385,000 a week in order to secure a rapid departure from Turin before transfer deadline. Ronaldo was on £500,000 a week in Italy."

However, Cristiano Ronaldo will still be the highest paid player in the English Premier league, who will pocket less than the £1 million per week that Lionel Messi earns at Paris Saint Germain.