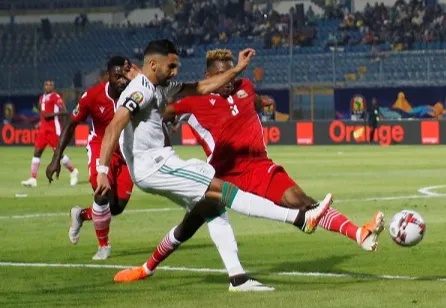 Stars were keen to bag maximum points during the clash played, to increase their chances of earning a ticket for the global extravaganza.

However, Engin Firat's men faltered during the encounter, with Sarpsborg 08 star Ibrahima Kone netting a stunning hat-trick to help his side dim Stars. 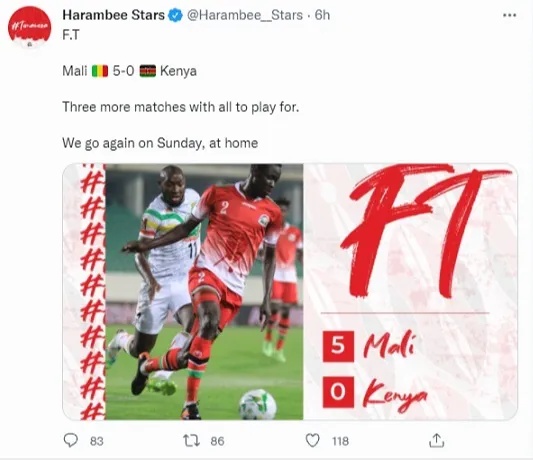 The hosts kicked off the clash on a flying note, with Turkish-based midfielder Adama Traore firing Mohamed Magassouba's men into the lead inside seven minutes of gameplay.

Kone doubled the advantage in the 22nd minute, before making it 3-0 in the 36th minute.

The 22-year-old ensured his side head into the break with a comfortable lead after netting his side's fourth from the penalty spot on the stroke of halftime. 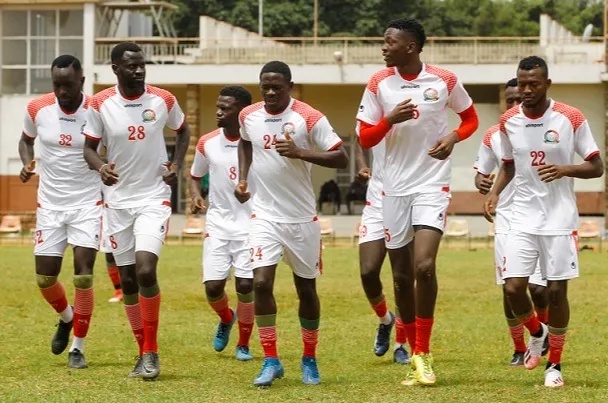 Moussa Doumbia capped Mali's stunning performance with his side's fifth with five minutes left on the clock, with Kenya failing to score at least a consolation. The Mali fixture was Firat's first since taking charge of Harambee Stars as head coach.

Firat’s confusion was evident just from the squad he started, playing some players out of their usual positions, justifying questions Kenyans raised on the timing of his appointment.

With his fielding, the Turkish and former Moldova coach who was appointed three weeks ago exposed little knowledge of the team and probably, singular decisions without many opinions of his assistants. 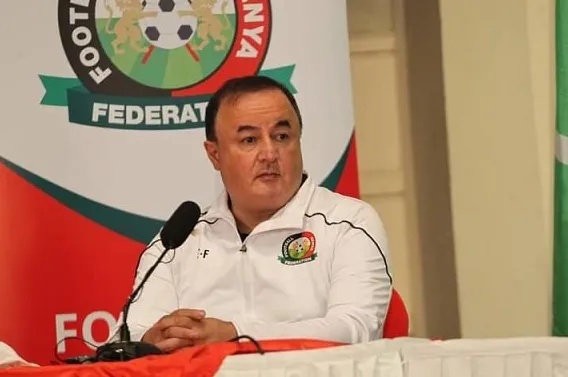 He opted to start Simba SC center-back Joash Onyango on the right full-back position while deploying center-forward Henry Meja on the right-wing.

Still, he had Sofapaka FC midfielder Lawrence Juma as the shadow striker behind lead striker Micahel Olunga, while the left channel had Eric Ouma interchanging with Aboud Omar.

And when he noted the defense was leaking, Firat withdrew Onyango, perhaps the off-position he was exposing him. 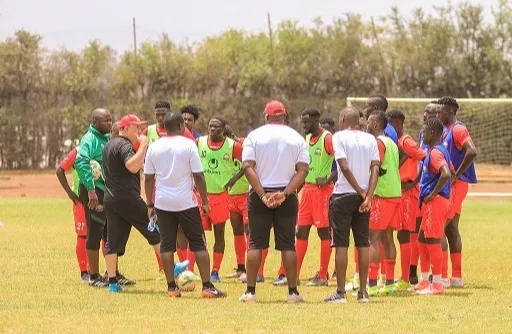 Kenya appeared confident in the early stages, but soon after conceding the first goal, the little efforts faded like dew after sunrise.

The Turkish tactician was appointed to the role back in September, succeeding Jacob Ghost Mulee who parted ways with the team under a mutual agreement.

The defeat to Mali leaves Kenya occupying third place on Group E with a paltry two points, three behind second-placed Uganda. Mali top the charts with seven points having won two and drawn one of their three opening fixtures.