By Felixotoro (self media writer) | 19 days ago 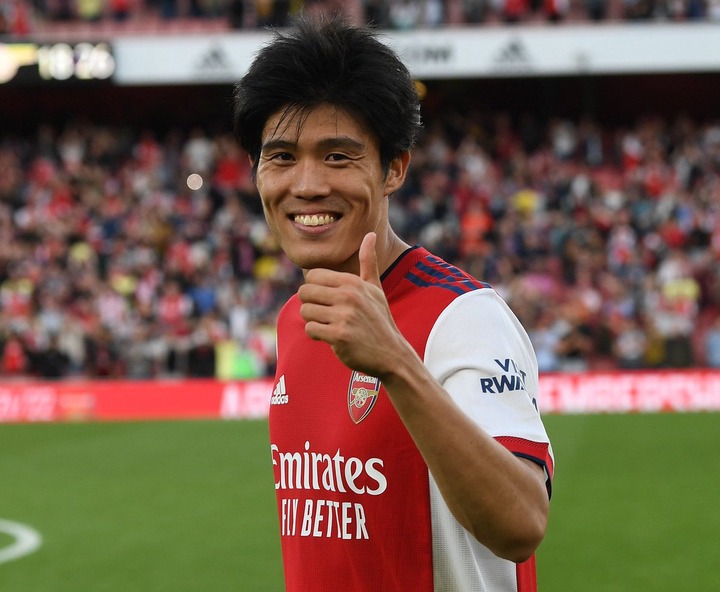 Arsenal football club is one of the giant Soccer clubs that are famous globally. The team is based in London England and it's currently headed by Mikel Arteta as the club's head coach.

Japanese international player and Arsenal defender Takehiro Tomiyasu has been named and presented by Arsenal football club as the player of the September month this year after his exemplary task since he landed at the Emirates stadium after being signed in the last summer season. 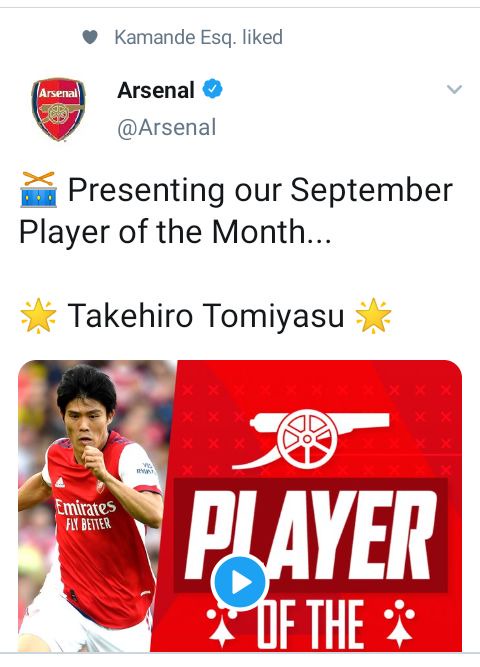 Tomiyasu plays as full back defender and he has gained fame following his great performance that has pleased the coach and supporters at larged after he was signed from a small club by Arteta.

In conclusion, Arsenal is currently at position eleven on the England premier league table with ten points. The gunners as popularly known, have won three league games, one draw and lost three games from Brentford, Chelsea and Manchester City.