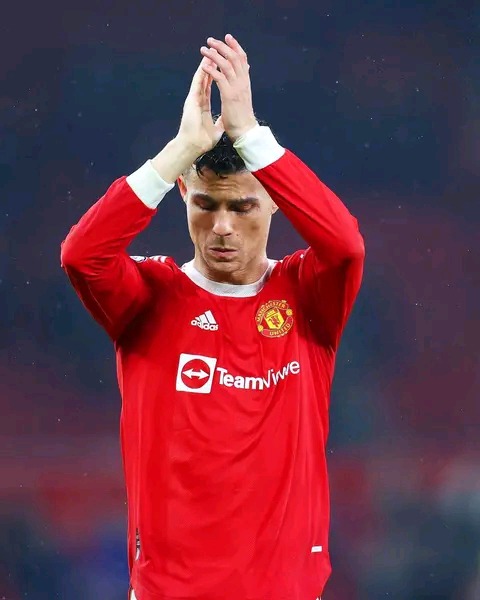 Cristiano Ronaldo is one of the greatest footballer of all time. He is currently the world leading active football top scorer with more than 800 goal in his career.

Despite his age, Ronaldo still feels that he still has a lot to offer to his fans, last season, Ronaldo made Surprise transfer back to Manchester United, the club he left in 2008 for Spanish champions Real Madrid.

While in Madrid, he helped the club win numerous trophies. In the process of winning those trophies, Ronaldo became all time top scorer for Real Madrid. This made him to be loved by the Madrid fans.

When he agitated for a move a way from Juventus last season, there were rumours that Ronaldo was to join Manchester United Arch rival Manchester City. Due to the rival between the two clubs, many Manchester United raised their voice to the club to bring Ronaldo back to the club. The fans were not happy with the idea of Ronaldo joining their rivals.

United moved faster and brought back Ronaldo to Old Trafford. Man city later stated that they were not interested in signing Ronaldo. This was a trick used by those closed to Ronaldo to make United sign Ronaldo.

Recently it was reported that Ronaldo had requested the club to allow him leave should any club United a reasonable amount. Since the time the news broke out, Ronaldo's agent George Mendes has been meeting different clubs.

Mendes was seen meeting Chelsea new owner and Barcelona board. During his meeting with Barcelona where they were discussing the transfer of Bernado Silver. Mendes ask the club if they could sign Ronaldo.

This could be a way of tricking Real Madrid into signing Ronaldo. Real Madrid would not allow their club legend to join their arch rivals Barcelona. Now what remain to be seen is whether Manchester United will allow Ronaldo leave the club as he still has a one year contact left with them.

If in case he leaves Manchester United, will Real Madrid go for his signature?

What Kenyans Should Do as They Await Official Announcement - Murkomen

7 Tools that Should Never Miss in the Kitchen

How To Make Tasty Chapati