By FlywheelPartizon (self media writer) | 1 year ago

Alisson joined Liverpool in 2018 from Roma and was voted FIFA Best Men’s Goalkeeper in 2019. Liverpool's hopes of playing Champions League soccer next season were kept alive by an unlikely hero on Sunday.

In Liverpool's entire club history since they were founded in 1892, Alisson is the first goalkeeper ever to score a competitive goal for the club. 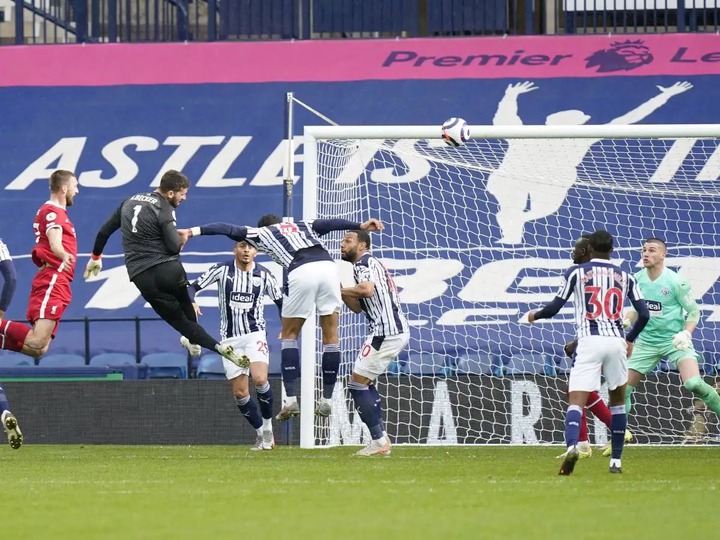 He was mobbed by his team-mates after his shock goal moved Liverpool to within a point of fourth-placed Chelsea with two Premier League games left. 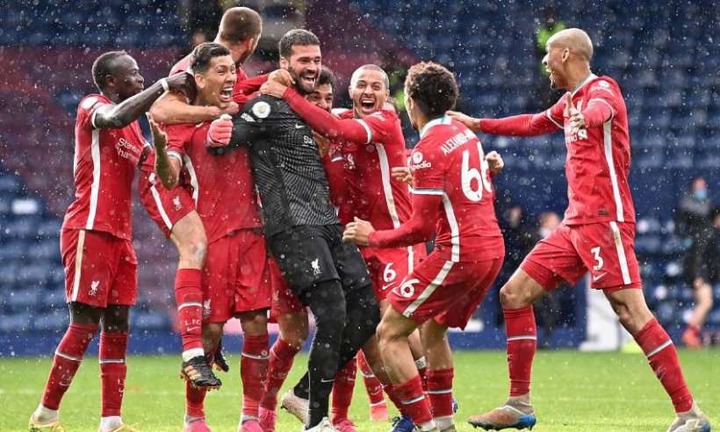 With just three matches left in the season and outside of the top four of the Premier League table heading into Sunday, Liverpool needed a win against West Brom to have a chance to steal a spot in the Champions League for the coming year. 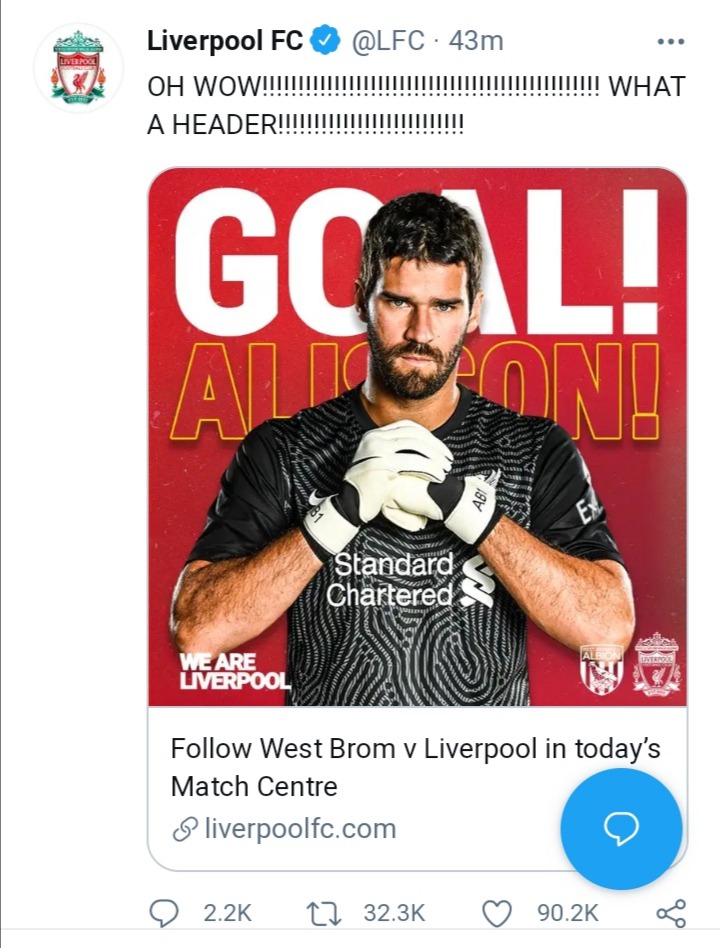 With the win, Liverpool moves to 5th place in the Premier League, with matches against Burnley and Crystal Palace left on the schedule.

The result means Liverpool will be able to capitalise should either Leicester or Chelsea lose at Stamford Bridge, with the top four race set to go to the final day of the season.