By Labancreatives (self media writer) | 19 days ago 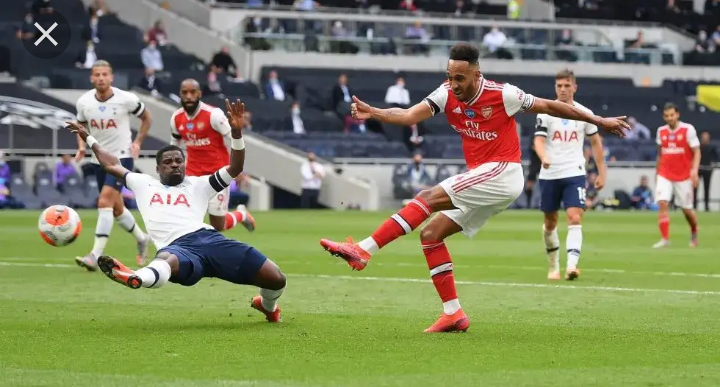 Bitter rivals Arsenal and Tottenham Hotspur will clash at the Emirates in the first North London derby of the 2021-22 season. After getting their seasons off to contrasting starts, Arsenal look to be on the path to recovery while Tottenham Hotspur appear to be wilting. It's a match the supporters will undoubtedly savour. But for the managers in the dugout, anything short of a favourable outcome is almost unthinkable. Without further ado, let's take a look at five reasons why Tottenham Hotspur will struggle against Arsenal.

1. Arsenal's defensive resilience. The word resilient may be too rich to describe anything Arsenal have been up to in the new premier league season. But the fact of the matter is that they have kept cleansheets in their last three games across all competitions. Ben White and Gabriel Magalhaes are starting to understand each other better. They allowed just a single shot on target against Norwich cityThey did well against Burnley as well and the Gunners really had to dig their heels in to keep their physically domineering opponents at bay.

2. Tottenham Hotspur's goal scoring woes. After narrowly beating Manchester City, Wolves and Watford with a 1-0 scoreline, questions were asked of Spurs' sharpness in attack. They haven't really responded well and have since scored just four goals while conceding 10 in four matches. They have missed the creativity and directness of Lucas Moura and will be happy to welcome him back. Steven Bergwijn's absence robs Spurs of a bit of dynamism in attack.

An attack of Aubameyang, Saka, Martin Odegaard and Smith Rowe, backed by Xhaka and Partey, does have the look of a formidable and balanced unit.