By SureFootballTales (self media writer) | 21 days ago 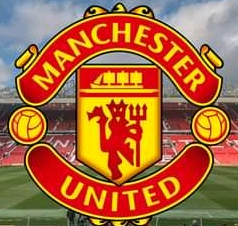 Manchester United are currently in position 3 in the Premier League table standings with 13 points after registering 4 victories and a draw in their last 5 matches. The Red devils will face Aston Villa tommorrow at Old Trafford before hosting Everton on October 2nd at home. Manchester United will visit Kingpower Stadium on 16th October to play Leceister City before hosting arch-rivals Liverpool on 24th October at Old Trafford. 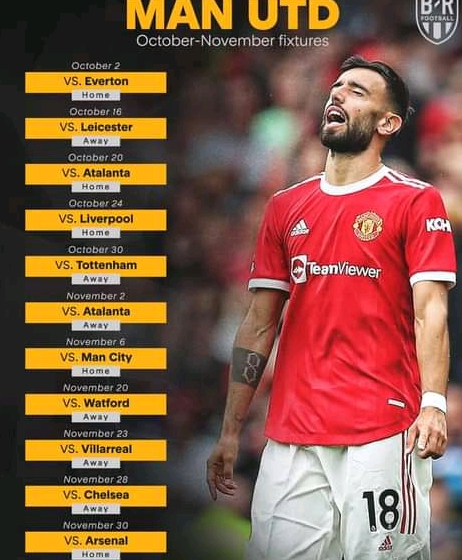 Man United will play Tottenham Hotspurs at home in their final October fixture before opening the new month November with a home fixture against local city rivals Man City at Old Trafford in a Manchester Derby. Manchester United will play Watford away on 20th November, visit Chelsea on 28th November at Stamford Bridge before hosting Arsenal at Old Trafford on 30th November. If Manchester United remain unbeaten and win 7 of the 9 fixtures to be played during this period, they will climb up to the top of the Premier League Table. 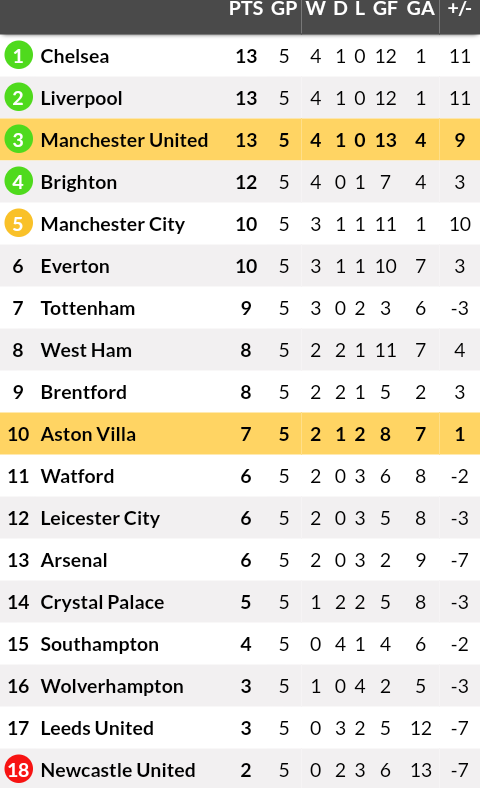