By Moneymase (self meida writer) | 16 days

Many players have been called by their national teams for the provisional squad make ups for the fourth coming Euros, others are also on vacation periods and tours because of the break from the league competitions after the end of this year's top European league seasons.

It is also the time for players to decide their fates of staying at their current clubs or move to other clubs in regards to contract expires and extensions. This resting period is in line with summer transfer window open to all players and club to make signings before the resumption of a new season in August.

Harry Kane who plays a central forward for Tottenham and his national team England, have had many reports linked to him about leaving the north London side during this summer transfer. The 29-year old who emerged the top scorer in the previous English premier league season and won the golden boot is now on a critical condition about his career as he admires lifting trophies too. 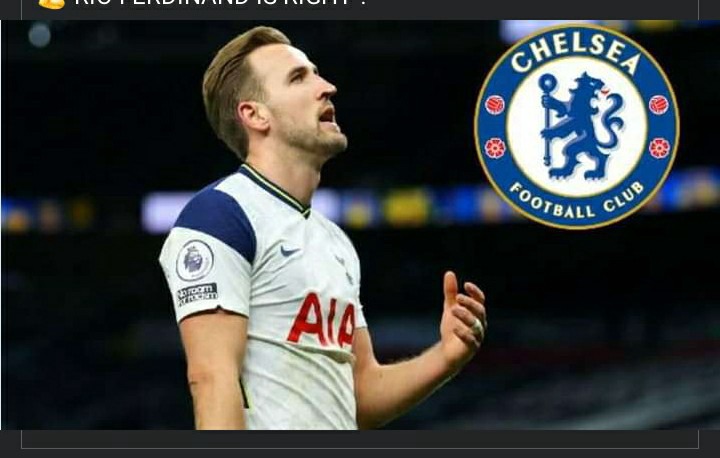 However, this has not been achieved by the player with his current team Tottenham. The club has not won any trophy since Harry Kane joined the club. Former Manchester United and England defender Rio Ferdinand have given an advise to Kane suggesting that if the player wants to win trophies in his career, he has to join Chelsea and help the club win the UEFA super cup and the club world cup championship.

The Manchester legend advised the striker in regards to Chelsea becoming the most favorite club he can join during this summer transfer. Chelsea will play against Villa Real in the UEFA super cup final in August before the European league resumptions.