Just a point separates strugglers Hull City and Peterborough United going into their midweek clash at MKM Stadium, but it’s The Tigers who are fancied for the win with The Posh pointless on the road this season.

Peterborough have lost six from six on their travels in the Championship thus far, scoring just three goals and conceding a mammoth 18. That simply has to change if Darren Ferguson’s side are to beat an immediate drop back to League One, and they will view this fixture as a decent chance to get up and running after winning 2-1 here in the third tier last term.

Hull avenged that defeat though with a 3-1 victory when the teams last met at London Road in March and Grant McCann’s men come into this fixture on the back of some decent home displays.

The hosts have won four matches,lost once with two draws coming in the championship.The goal difference is 20-14 in favour of the hosts. 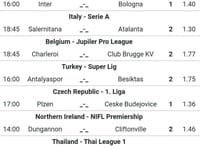